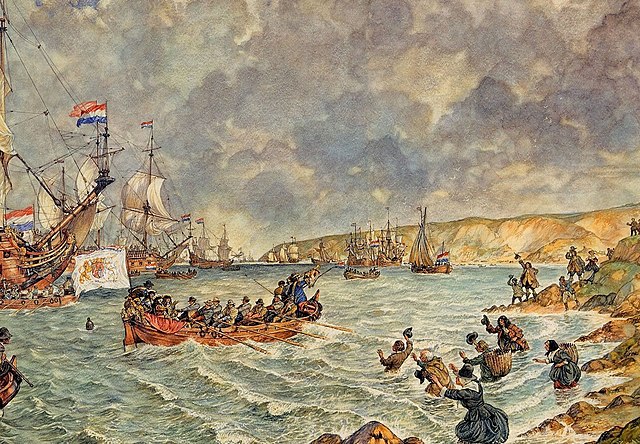 Why Oxford Should (Still) Support the Monarchy

Defending the Defender of the Faith

As a student at St. John’s College, I can hardly avoid pride in Oxford’s Royalist past. As I walk through the Canterbury Quad, I am struck by statues of Charles I, King and Martyr, and his wife Henrietta Maria. The quadrangle was gifted to the college by Archbishop Laud, an alumnus of St. John’s who was executed for his support of King Charles.

But this Royalist heritage is not unique to St. John’s. Nearly every Oxford college has similar accolades – in the Civil War King Charles held court at Christ Church, with the Queen Consort staying at Merton. Magdalen boasts among its alumni a King of England and other royals, and even the unconventional Catz had Prince Philip as their ‘official Visitor’ for nearly 60 years.

However, once again, the monarchy is under threat from Puritans. The fundamentalists that eventually beheaded King Charles were named Puritans for their concern with purity of symbolism in religion. The Puritans of today likewise have an unbounded concern with symbolism – one which leads them to attack the monarchy as representative of the hierarchy which their worldview opposes. This despite the fact that the monarchy actually does egalitarianism a lot of good.

As the historian Nigel Saul has argued, Britain’s Royal Family has outlasted almost all of its European peers by virtue of its relative equality with the people of Britain and concern for their plight. Since the 13th and 14th centuries, he argues, the concept of the “community of the realm” has bound the monarch and the subjects together. Unlike in France, the British nobility were not exempt from taxation. In contrast to other European monarchies, the British monarchs have always maintained a commonality with their subjects, unafraid to engage in activities thought ‘beneath them’. One thinks of Prince Harry founding the Invictus Games and Prince Edward’s numerous trips around the world to promote British trade. It is the British monarchy’s recognition of their equality with the people that gave them their longevity.

‘Perhaps,’ our Puritan might reply, ‘but abolishing the monarchy would allow us to redistribute so much wealth!’ This isn’t necessarily true. The Crown Estate gives the majority of the revenue it makes to the treasury. Brand Finance estimated that every year, the monarchy costs the public £292 million, but generates £1.766 billion – a huge net surplus.

Moreover, the Royal Family doesn’t receive any taxpayer money. Our taxes do fund royal visits and police protection, but these costs are low and could be expected, in a republican Britain, to carry over to the inflated office of Prime Minister.

‘Ah!’ says the Puritan for abolition, ‘but the real issue isn’t equality, it’s democracy! The monarchy is anti-democratic – it was in the Civil War and still is today!’ Not so. Following the Glorious Revolution, in which parliament forcefully asserted its control of the monarchy by putting William and Mary on the throne, the monarchy has become quite the democratic institution, ever sensitive to the ‘will of the people’. In 1937, Edward VIII abdicated partly due to public opinion, and even more because of the influence of the people’s representative, the Prime Minister. In 2013, the Succession to the Crown Act again asserted parliamentary authority over the monarchy. Other examples abound and the point is clear – the Royal Family does not undermine democracy. Besides, are we so committed to the ideal of democracy that we would rather sing ‘God Save Liz Truss’ than ‘God Save the King’?

That (or something quite like it), is really what we would be singing, according to University College graduate, C. S. Lewis. He argued that without a monarch to admire, people would look to alternative figures of renown. ‘Where men are forbidden to honour a king they honour millionaires, athletes, or film-stars instead — even famous prostitutes or gangsters. For spiritual nature, like bodily nature, will be served — deny it food and it will gobble poison.’ We can see this in America with the idolisation of political figures like Donald Trump and Doctor Fauci. No doubt, those not inculcated from birth with a strong sense of patriotic duty would not serve so well as Queen Elizabeth as objects of adulation. Furthermore, honour bestowed upon politicians is far worse for democracy than honour bestowed upon Royals – there are legal safeguards to prevent Royals from abusing their popularity, while politicians can change laws that constrain them. So, the removal of the monarchy would not only damage the country’s spiritual, but also its political, well-being.

Besides the exhortations of one influential graduate, Oxford has plenty of other unique reasons to support the monarchy. A university so tightly bound to the Anglican church would be shooting itself in the foot if it supported the removal of the head of that church, the Defender of the Faith which the Oxford Movement fought so hard to preserve. The university and the monarchy have clearly developed a symbiotic relationship throughout their long histories, so much so that it is undoubtedly part of the Oxford tradition. And Oxford is nothing without its traditions.

Moreover, an insignificant university on the river Cam once provided refuge to the parliamentarians of the Civil War. And nothing is more Oxonian than opposing Cantabrigians. So let us sing, (with heart and voice), ‘God Save the King!’

Image description: William of Orange III and his Dutch army land at Brixham, 1688