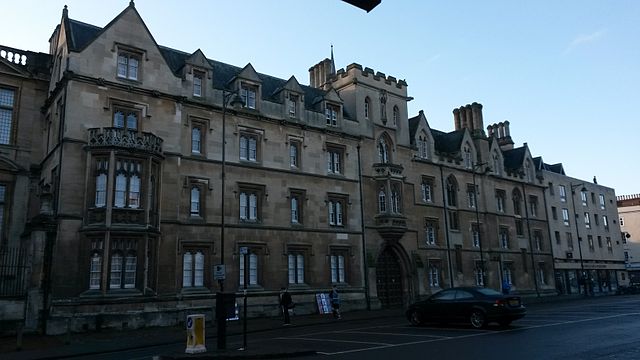 Students protest against the College's Response

Residents of Exeter College’s Cohen Quadrangle have been left “disgusted” and “let down” following revelations of a Cockroach infestation in two communal kitchens and at least five different student rooms. This is according to internal emails seen by the Oxford Student which revealed the sequence of events as they played out.

Residents had originally been told by Exeter College that the communal kitchens on the first and second floor would be closed for the few days of Freshers Week owing to an “ongoing maintenance issue”. This meant students were forced to share the third floor kitchen amongst as many as 90 students.

Following this, students were informed that the “unforeseen maintenance issue” would be disrupting the kitchens until the 17th October at the earliest. Students were then offered a 60% discount at both the Dakota Cafe in Cohen Quadrangle and Exeter’s main dining hall in their Turl Street site.

However, once residents reported seeing cockroaches in student rooms, the College informed residents on the 11th October that the “maintenance issue” was in fact a cockroach infestation in the air vents within the first and second floor kitchens. This statement also called on students to ensure “bins are emptied frequently” and that “no food items are left uncovered overnight”.

As a result of this revelation and the discovery of cockroaches in as many as 5 student rooms, residents began to contact the College directly. They stated that the 60% discount was not adequate compensation considering that the infestation had spread to student bedrooms, whilst demanding a reduction in their battels payments. Battels payments at Exeter had already risen by as much as £200 this year.

Exeter College responded to students, offering replacement rooms to residents who had discovered pests in their rooms. In addition, their statement also suggested that pest control  was called in immediately, stating that they treated “this as a priority”.

It remains unclear just how the infestation will be dealt with owing to its scale, while some students have refused to pay their battels until further clarity is granted on the situation or a reduction in fees is granted.

A comment has been requested from the College and an update will follow as and when we receive this.