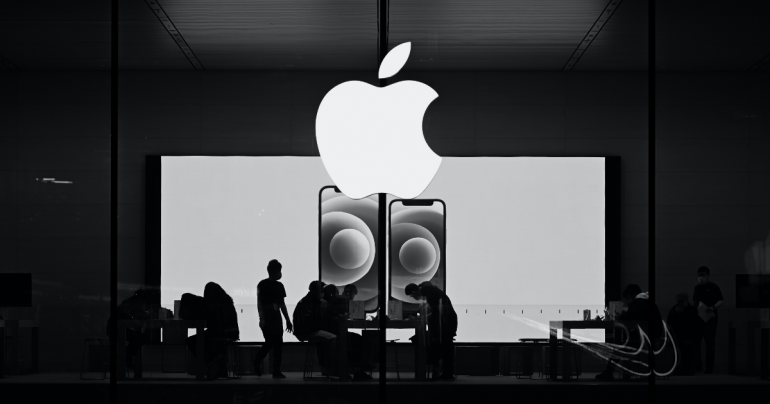 Improvement over innovation: are Apple’s latest products a letdown?

Apple products have long been marketed as cool tools for creativity, productivity, and a healthy lifestyle. But at this year’s Apple launch event, the message was a different one — Apple products are now here to keep you safe.

The launch started with a video depicting how Apple Watches have saved lives by recognising when people were in trouble and calling for help. The testimonies cover a range of situations people hope to never find themselves in, such as the watch detecting heart problems and directing people to the emergency room or helping a higher schooler avoid a bear attack. “From now on, I’ll never leave the house without it” one testimony states.

The Apple Watch’s ability to make phone calls is a well-established feature, but Apple has now introduced new features to make customers feel safer in today’s shaky world. Car-crash detection technology on the Apple Watch Series 8 and the iPhone 14 will automatically call emergency services if a severe crash is detected using the device’s barometer, GPS, and microphone. This feature aims to get people the help they need if they crash in a rural area where there are no witnesses to call emergency services. This is a worthy goal — about half of car crashes are estimated to occur in sparsely populated areas, and many involve single drivers, who may be unable to call for help if injured.

In reality, there are some caveats to the car-crash detection feature. For example, the iPhone and Apple Watch first need to receive signals that suggest you’re driving, such as being connected to your car’s Bluetooth, and you need to have travelled some distance before the crash. The GPS also needs to indicate that the car is on a road, which is why Apple claims some reviewer’s tests of this feature, performed on junkyards with old cars, were unsuccessful. These stipulations do raise some questions. What about users that don’t have Bluetooth in their car? Will the feature still work for them? And what if the remote road someone is driving on isn’t detected by GPS as a road?

Another caveat is that although this technology is being hailed as novel by Apple, it is not actually new — Google’s Pixel phones introduced a similar feature in 2019. This seems to be a pattern in the “innovations” Apple has made in this year’s products. Many of these allegedly new features have been offered by competitors’ products for years. Sleep stage tracking and heart rate zone estimation, touted by Apple as great improvements to the Apple watch, have been available on sport smartwatches from other manufacturers for a long time—often at a lower price point. The same goes for the option of multisport workouts, enhanced tracking of swimming activities, measuring stride length when running, and the option to customise workouts. These are not new features, but represent Apple catching up to competitors.

Many of these allegedly new features have been offered by competitors’ products for years.

Some functions are indeed relatively new. The new iPhones have an Emergency SOS tool that can connect to satellites to enable calls for help if you’re lost in the wilderness without cell service, and the Apple Watch can measure an ECG right there on your wrist. But even these features seem somewhat out of touch with reality. How many users will feel a sudden wish to take an ECG on their watch, or get stranded on some distant mountain that has no cell service but conveniently does have emergency rescue services to alert? Apple’s tools of the Steve Jobs era, such as GarageBand, seemed designed to empower people to create. In contrast, their newest selling points seem more like obscure features that most people will (hopefully) never use.

Apple’s claims of innovation in the health-and-safety related features mask the relatively minor updates in other aspects of their products. The new iPhone will have a slightly better camera, an interactive lock screen, and for those willing to pay more for Pro models, improved performance. All in all, these are small changes, and the iPhone 14 isn’t much different from the iPhone 13. Apple’s ability to get customers to pay three-to four-digit sums for a product very similar to the one they already have seems to be relying increasingly on marketing rather than actual innovations. This year’s products are undoubtedly good, but they’re no longer great.