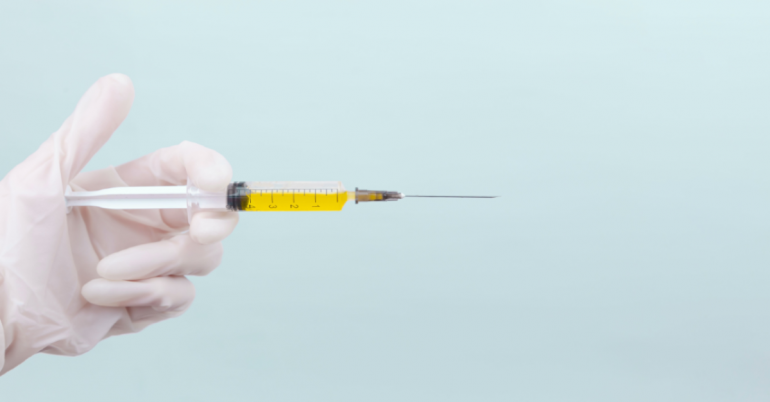 Proteins, pathogens, and plasmodia: the challenges in making a Malaria vaccine

If producing a vaccine against SARs-CoV-19 was summitting Mount Everest, developing a Malaria vaccine was the race to the Moon. A complex lifecycle, multiple pathogens and the advantage of evolution has produced a disease that is tremendously difficult to treat and prevent. The severity and infectivity of Malaria has earnt it household recognition around the globe, and many ambitious researchers have attempted to relegate it to history along with smallpox, measles and polio. Progress has been slow in this area owing to the intricacy and dynamics of the disease that this article aims to explain. Recently, a research group at the University of Oxford and the Jenner Institute published the phase IIb clinical trial results of their vaccine R21/MatrixM, with hopes that it could provide worldwide relief for those in affected communities, as well as reach the WHO’s target of producing a Malaria vaccine with at least 70% efficacy by 2030.

R21/MatrixM is proving to be a potential candidate for large scale rollout within Malaria affected areas, having shown efficacies of 71% and 80% when 25 micrograms and 50 micrograms of MatrixM were tested and an identical booster vaccination is given 12 months after the first vaccine is administered. The trial recruited 496 children aged 17 months to 5 years of age, 450 of which were screened to be eligible for the vaccination. 150 children were vaccinated with R21/25 micrograms MatrixM, 150 with R21/50 micrograms MatrixM, and 150 with a rabies vaccine as a control. By recording the number of cases of malaria in each group, the efficacy of the vaccine in each condition can be determined and its effectivity can be measured.

Unlike many diseases, the pathogens that cause Malaria are not bacteria nor are they viruses, they are single eukaryotic cells called Plasmodia. The most common pathogenic strains of Plasmodium include P. vivax, P. malariae and P. falciparum to name a few. These single-celled organisms have complexity far beyond bacteria, and their reproductive cycle and cell structure are examples of this.

These single-celled organisms have complexity far beyond bacteria,

Infection begins with the salivary glands of a mosquito, where fresh Sporozoites (the form the Plasmodium takes following release from an oocyte within a mosquito) linger. Once the insect chooses a target and draws a blood meal, infective anticoagulant saliva is injected along with active Sporozoites. From here, the parasites infect hepatocytes (a liver cell) where they undergo asexual reproduction and develop into Merozoites, and are continually released. This usually takes place between 5-7 days as the parasite enters the exoerythrocytic stage. Some strains persist within hepatocytes, causing relapses in infection months or years later. The released Merozoites infect red-blood cells (RBCs), using cellular resources to replicate. Eventually these cells either proceed into gametocytes (the sexually reproductive form) or continue the cycle of RBC infection as Merozoites. At this stage, the full reproductive cycle is completed when a new mosquito ingests gametocyte Plasmodia. For more information about the reproduction and clinical presentations of Malaria, visit the CDC website.

Plasmodia evolve into different stages during the course of infection, assuming multiple forms with activities, capabilities and compositions that differ from one another. Successive conversions between stages of the parasite creates difficulty for the immune system: by the time an effective immune response can be mounted against one specific stage, the infection has been given time to progress and change.

Additionally, during the exo-erythrocytic stage, Merozoites express a protein called Pf92 which can capture a protein found in circulation called complement factor H. This factor is involved in the recognition of the host’s own cells by the complement system – a collection of proteins which activate further immune responses and ‘kill’ pathogens. By stealing complement factor H, Merozoites disguise themselves as host cells, greatly reducing the human host’s ability to defend itself against the stage of development associated with clinical presentation.

Employment of a vast list of immune evasion tactics have been reported in the Malaria parasites. Merozoites not only express Pf92 but produce proteins that are structurally similar to some human proteins. The immune system relies on cells being able to present protein fragments from pathogens that are different to any of our own proteins to prevent autoimmune responses. Protein mimicry makes this increasingly difficult as fragments originating from the parasite will have a lower chance of being structurally different enough to trigger a full inflammatory response. In addition, the ability to infect RBCs reduces the likelihood of having its proteins exposed to the immune system, as RBCs don’t express the key protein that would allow it to do so (MHC-1), and the infected RBCs are unlikely to be cleared by the spleen because of yet another collection of proteins expressed by the parasite: PfEMP-1, RIFIN, and STEVOR are examples of these.

The combination of immune evasive tactics and progressive metamorphosis of the parasite forces vaccinologists to target specific stages of its lifecycle. Thus, they find ways of presenting proteins to the immune system that gives the best chance of preventing the accumulation of infective Merozoites in circulation. R21/MatrixM targets the parasite in the Sporozoite form, immediately after injection of infective mosquito saliva. During this stage, a protein called Circumsporozoite Protein (PfCSP) is expressed that helps the parasite cross the host dermis and enter a hepatocyte. A large section the end of PfCSP is fused to the front section of the Hepatitis B protein HBsAg which is presented in the viral coat, making an entirely new protein that in theory allows the immune system to react immediately to Sporozoite infection, eradicating the infection before it can replicate in the liver.

The second component of the vaccine MatrixM is not directly involved in the generation of Malaria immunity. MatrixM is an adjuvant, an ingredient that exaggerates the immune response from the active component of the vaccine by exposing the immune system to chemicals it has evolved to react to. Certain chemicals are essential to bacteria or viruses but not to humans; our immune system has evolved to recognise these molecules and treat them like infection markers, so defences can be mobilised before a pathogen-specific response is initiated.

Testing of this vaccine remains incomplete as of writing, and further research into its effectivity and potential side-effects will need to be conducted in larger future studies. However, this vaccine has made it further than many other vaccines developed previously, and if the efficacies reported during phase 2 trails prove to be truly representative of the vaccine’s effectivity, it can be considered a vast breakthrough in the prevention of Malaria.

The future looks bright for this vaccine, and while it might not be feasible to launch a full-scale distribution operation within affected areas for another few years while we await phase 3 trial results and investigate production and delivery logistics, this research group has proven that developing an effective vaccine is possible. Malaria continues to ravage the lives and communities of millions of people, but we must remain optimistic that there exists a future in which preventative measures stave off the catastrophic infant mortality rates we see today.