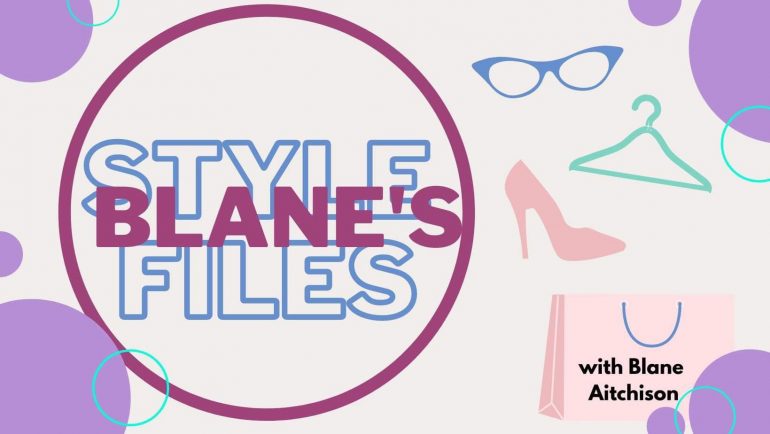 Blane’s Style Files: What Does Your Halloween Costume Say About You?

Summer is well and truly over now, and we find ourselves slap-bang in the middle of the spooky season once again. One of my favourite things about Halloween costumes is that they always seem to reveal something about the wearer, whether that’s deliberate or subconscious, so here’s a quick assessment of your personality based on whatever your Halloween costume is going to be this year.

You’re a force to be reckoned with who’s decisive, bold and not to be messed with. Although your costume may be on the plainer side, you know your presence and personality more than make up for this,

You might not have spent a lot of time thinking about what to dress up as, but at least you still dressed up. And besides, you’ve hit exactly the right balance between easy and suitably spooky, so no one can complain about that!

You’re a big time procrastinator who would much rather watch tv, have a chat or scroll through Depop than do whatever you’re currently supposed to be doing. Instead, your priorities are closer to home, and you’re always there to help your friends when they need you.

You’re confident and you love attention! You’re a natural leader who always knows exactly what to do when things go wrong, and you’re never one to shy away from a challenge.

Often joked about, these costumes are never taken seriously, but they do seem to have taken on a certain element of comedy in recent times. More traditional sexy costumes are being overlooked in favour of parodies like ‘sexy fish’, ‘sexy fruit’, ‘sexy lamp post’, and innumerable other incontestably ‘unsexy’ things made sexy. The mind boggles.

Examples: The Spice Girls, The main characters from Scooby Doo, The Plastics from Mean Girls

Ok, so which one of you came up with the idea and put 110% effort into their costume, and which of you are just going along with the plan for the sake of it?

Group costumes can be really fun if done well, especially if you have a close group of friends. Where it might fall apart, however, is when you’re deciding who’s going to be who. One of the most vicious arguments I have ever seen was two friends arguing over who was going to be Dorothy from The Wizard of Oz, while the rest of the friend group looked on bewildered. Also, bear in mind that the overall effect of the costume is much stronger if you stay together throughout the night – a costume is for all of Halloween, not just the Instagram post!

You’re a perfectionist, and you hold yourself to ridiculously high standards. You have loads of free time, because you start all of your essays the minute you get them, and when you do something, you make sure to do it right the first time!

SFX makeup is great if you manage to pull it off, although is it really worth all the time spent on it? At least you’ll probably get some good pictures for social media out of it, but

The Person who didn’t dress up

No offence, but you’re kind of boring.

Whether you ‘forgot’ to get a costume, or you simply think you’re too cool to dress up (spoiler alert – you’re definitely not!), you’re almost definitely going to spend part of the night feeling out of place. Alternatively, maybe you did it to be meta, joking that you dressed up as yourself (or yourself from the future or yourself from the past). In which case, you are absolutely not funny, and I would be asking you to leave my house immediately.