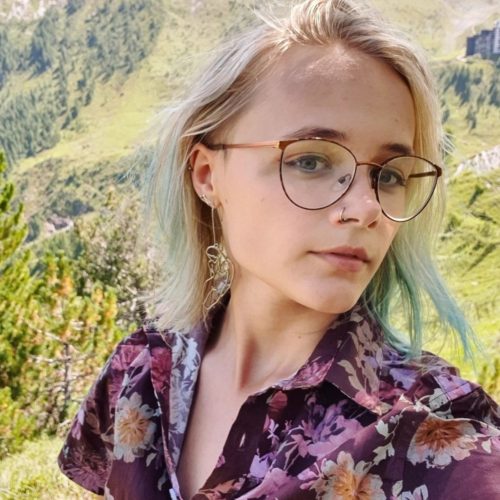 An interview with Lauren Hollingsworth-Smith

Lauren Hollingsworth-Smith is living the dream. Well, maybe not the dream but certainly a dream. She is a published author before even graduating with a degree from Oxford. More specifically, her poetry anthology, Look How Alive, was published earlier this year to great acclaim.

Percy Bysshe Shelley managed to have Zastrozzi, his first novel, published during his last term at Eton and prior to his enrolment at Univ. Before he came up, the Romantic hero also squeezed in Original Poetry by Victor and Cazire . To reach for a slightly more recent example, the right-wing pundit, Douglas Murray wrote and released Bosie: A Biography of Lord Alfred Douglas while in his second year at Magdalen – a book which Christopher Hitchens described as ‘masterly’. Hitchens’ autobiography, Hitch-22, records that his university compadre, James Fenton, was reviewing for the Sunday newspapers even before his 1970 graduation.

Following this long precedent, I asked Lauren to describe the experience of having her poetry collection published and she said to me ‘surreal and still surreal’.

I inquired into the mechanics of the anthology coming into being. ‘The whole thing came about in a very strange way’, she told me. ‘The publisher contacted me on Twitter after having read a small pamphlet I had published in 2020, messaged me saying “we really like your work” and asking if I would be interested in publishing a collection’.

Most of the poems were written after Lauren rusticated from Lady Margaret Hall, taking a year out to work as a cleaner and au-pair in France. Look How Alive is preceded by her 2020 anthology entitled She Will Roar and her debut pamphlet Ugly Bird which won the New Poets Prize, judged by Luke Kennard whose own collection, Notes on the Sonnets, was awarded the Forward Prize last year.

‘Seagull’ appears roughly three-quarters into the collection. Lauren said to me that this poem, which declares ‘you do not know grace, stumbling through the air / like a drunkard’, described the experience of a ‘northern working-class person in somewhere like Oxford’. I asked Lauren to expand on her experience of classism in the city. Confined to a small accommodation block, Covid worsened her circumstances, as she explained to me that she was ‘lumped with people who were a lot different to me in terms of wealth and behaviour and would spend loads of money on fancy food’. Particularly difficult were Lauren’s French classes: ‘our French tutor just expected to understand all these allegories and Greek myths and talked to us in Latin’ – countering many claims of the liberalisation and inclusivity of the university.

the choice of form is designed ‘to convey a sense of powerlessness and being voiceless’.

Her poem ‘Emails’ appears on the page like a set of emails being sent between parties, complete with addressee names and subject headings. The situation slides from ‘the fact that you have missed classes and failed to submit work’ to ‘more work is required to make progress’ and ultimately, ‘you were removed from college in May’. Lauren told me that the choice of form is designed ‘to convey a sense of powerlessness and being voiceless’. As some broader context to the poem, she talked about having to go see the crisis team at an Oxford hospital. She commented to me that she has serious objections about how LMH handled the situation. ‘Without my consent, my parents were called, told to pick me up and I was told to leave, leave now’. Lauren did not necessarily want to go home because of ‘tensions with family’ and it not being ‘a very good environment’. Some comments which stuck in her mind as especially cutting were: ‘you are a threat to our other students’ and ‘you’re going to be a distraction for people with exams’.

Lauren critiqued welfare provisions like alpacas or manicures as ‘very performative’. Her poem ‘A Touch of the Blues’, which has certain lines redacted, makes the same case. Things spiral from ‘failed to complete an assignment’ to ‘touch of the blues’ and ‘took his life’. Lauren took inspiration from Raymond Antrobus, who published ‘Deaf School’ by Ted Hughes with the text redacted. ‘It translates the horror of reading that poem and blackout feels like a good method to convey something ineffable’.

There is one organisation without which Lauren would not have enjoyed the literary success she has so far achieved. Aged fifteen, after seeing a poster in her local library, she started attending a writing group called Hive. ‘I can’t sing their praises enough.’ Consequently, since going to that initial meeting, she has been working with the same writing mentor, Vicky Morris, also a poet, whose first pamphlet had just been published. Guidance about style or form often bleeds into life advice. ‘She knows my inner most thoughts’, Lauren said.

Lauren Hollingsworth-Smith’s poetry anthology, Look How Alive, is out now.