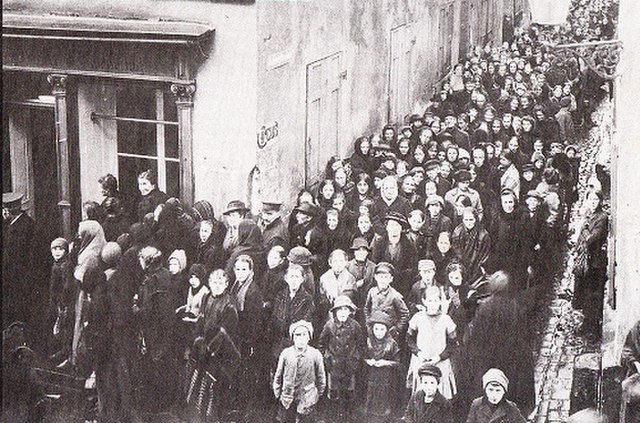 With trust in politicians at an all-time low, 3 Prime Ministers in a matter of months, MPs being physically forced to vote a certain way, record inflation, interest rates at a decade high, and a partridge in a pear tree, Britain is truly embroiled in an era of instability and uncertainty akin to the collapse of the Weimar Republic in the 1920s and ‘30s.

Weimar Germany was characterised even before the Wall Street Crash by political instability unmatched by any other country at the time. While Britain was experiencing minority Governments which would last a few years, Germany instead saw coalitions rise and fall in dramatic fashion. The years 1919-1929 saw 8 different Chancellors from 3 different parties, two of whom were independents. Gustav Stresemann, renowned in history for his skillful diplomacy and work in stabilising the economy, saw his premiership cut short after just 109 days, while the shortest reign of any Chancellor was that of Herman Mueller, who lasted just 86 days.

This era for Germany has long been seen as a warning to the western world; exemplary of the complete collapse of the security and stability which political systems are designed to preserve. It would have disastrous ramifications for world politics. The emergent NSDAP, or Nazi Party for short, would capitalise on the instability by building up their power in the Reichstag before carrying out the plans which would see them seize complete control of the machinery of the German Government. Quick, simple solutions were peddled as the answer to everyone’s problems, with one size fits all policies that would target and demonise those deemed unworthy.

Alan Moore’s V For Vendetta graphic novel depicted a Britain in which a totalitarian state was built by a fascist coup or the rise of an outwardly fascist party in Parliament. Instead where the Conservative Party became infected by a disease of fascistic tendencies which would see a collapse of individuals’ freedoms, the suppression of political dissidents, and the demonisation of minorities in society. If you’re reading that last sentence and thinking it sounds eerily prescient, that’s because it is. And if you read my description of the instability of Weimar Germany and also drew comparisons to the present, then you’re also getting the point.

The post-2008 era has seen a complete breakdown of the certainties of western civilisations following the second world war. Even during the surge of neo-liberalism during the 1980s, our welfare state remained relatively intact, our democratic institutions were respected as valuable to preserving stability, and we could trust to some degree that our politicians were motivated in part by a belief in the necessity of public service. For as much as many can fault Margaret Thatcher and Ronald Reagan, those principles held firm against the breakdown of many other certainties such as full employment “by the stroke of the Chancellor’s pen” as James Callaghan predicted in his 1976 Labour Party Conference speech.

We have just seen Liz Truss resign as Prime Minister after just 44 days in office. Many others will write more interesting accounts of her rise and fall than me, I care more about the degradation of stability that her resignation is a symptom of.

Imagine a world in which our leaders attempt to avoid ever having to hear what the public thinks of them. Where they assume that as soon as they come to power they are a dictator. Where one party is able to stay in power for 12 years despite crisis, scandal, and a failure to address the issues they set out to. Where an attempt is made at turning our most senior positions of Government into a revolving door, and where those who walk inside are driven exclusively by greed and ensuring the interests of the paymasters that put them there. Where our rivers run brown and our countryside turns as black as oil. Where slowly but surely, our freedoms are curbed, our rights stripped, and minorities are blamed for it at every step of the way, until finally they become the targets of the frustration and anger which people feel at the society they live in. And you are imagining Britain, our Britain, as it descends into a state of despair.

Like many others, I am terrified. War, disease, climate breakdown, the fall of democracy; all these things terrify me to a point of utter despair. But I will not rest while I see these things happen, I keep up a fight that others may abandon because I will not live in the world that seems to be coming. “I shall not cease from mental fright, nor shall my sword sleep in my hand, until we have built Jerusalem, on England’s green and pleasant land.”