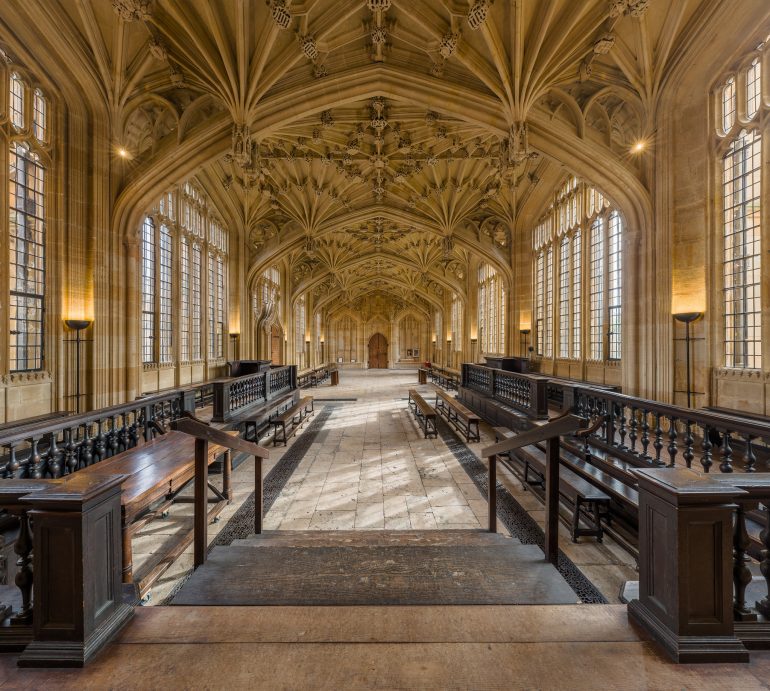 In the mid 13th century ,250 years before the Protestant Reformation, the first colleges of Oxford were founded. The University itself cites the reason for this as the rioting between the townspeople, and the teachers and pupils that populated the town. The intention being that by having places of learning which provided food and board to students, the members of the University would not be subject to violence. Nearly 750 years later, this division of University and College has remained the same, despite no town versus gown riot for centuries. Is it fit for purpose, or should we look for a more modern system of governance?

One thing that remains true is that this division is central to the “Oxford education”; every student is both matriculated as a member of the University, and as a member of one of the 36 Colleges, 3 Societies or 5 Permanent Private Halls. It may be worth asking what exactly these different bodies have control over? The University website describes the division of decisions and responsibilities as such:

One can already see the system of governance getting more complicated. The Colleges are involved in the teaching and admissions processes of the University, while also remaining separate from this body. So the Central University may publish Undergraduate admission figures, but it is up to the Colleges to actually admit undergraduate students.

The other question that arises out of this division, is what these Societies and Permanent Private Halls actually are? Well, the Societies of the University seem, at first glance, just to be the newest colleges. On their websites they call themselves colleges, they offer almost identical services to any college, and even their names have “college” in them (Reuben College, Kellogg College and St.Cross College). To be sure, they only take graduates but so do other colleges like Green Templeton, and some colleges like All Souls don’t even admit students. The actual difference is archaic: none of them have Royal Charters yet.

I will admit that I don’t know whether the approval of our new King really makes a difference to applicants in their choice of college, but it does show how the University of Oxford remains medieval in constitution.

Similarly, Permanent Private Halls act for all intents and purposes like colleges in miniature: They are responsible for admissions, accommodation/facilities, and for the tutorial teaching of the students. However, unlike the governance of the Colleges which is done by Fellows, PPH’s are governed by the corresponding Christian denomination. The origin of the Permanent Private halls are earlier than the Colleges, in which the University encouraged Masters of Arts to lease property in Oxford and rent property to students rather than rely on private lodgings. If these principals reported annually to the Chancellor of the University, thier lodging would gain the status of Academic Hall. These Medieval Halls have died out either by becoming Colleges or by being incorporated into Colleges.

However, in the 1800s, to combat the expense of living in the Colleges, the Government put into law that MAs of the University could open private halls within one and a half miles of Carfax as “licensed masters”. After the 1870s, this became used by non-anglican Christian denominations (non-conformists and Catholic) to set up halls at the University which would teach students of those denominations. For example, Regent’s Park was originally a Methodist PPH that would teach students of that denomination. Gradually over time, these have become more and more secular until today, where very little of the Regent’s Park student body are Methodist. Even Regent’s Park calls itself “Regent’s Park College” despite its PPH status. These irregularities remain, even as most forget the original reason for the division.

Even the University itself is divided between the various academic departments, who are given responsibility over the organisation of curriculum, lectures, and examination marking. While there is an initial division of four major disciplines (Humanities; Mathematical, Physical, and Life Sciences; Medical Sciences; and Social Sciences), these bodies are further divided into various faculties. These sub-faculties can be fairly broad themselves, like the Faculty of Asian and Middle Eastern Studies, which encompasses study from Algeria to Japan, the bronze age collapse to the Arab spring. This complicated structure causes headaches when it comes to multidisciplinary degrees, in which members of one faculty have little to no communication with members of another. Thus, students of these degrees will be assigned academic work by multiple departments, without due consideration to the expectation of the other department.

This patchwork of a structure means that for every issue, there are countless bodies and institutions which have some part to play, but not ultimate responsibility.

For example, student representation is done both by MCRs and JCRs,  their collective decision, but also by the Oxford SU. Disability services involve both the Central University (as in DAS), the devolved departments in implementing a correct SSP (Student Support Plan), and the Colleges, Societies and PPHs in making correct accommodation internally. Degree ceremonies, admissions, welfare, finances, and bursaries all involve so many bodies that I am unable to detail them all here. I doubt this patchwork was the intention of the 13th century Fellows afraid of town and gown riots.

The current system reminds me of a Palimpsest: a manuscript, which is erased and written on again but still bears the marking of earlier writing. Oxford too, has been refashioned and remade by each generation, leaving behind traces of an earlier constitution. To some, this has made the system over-bloated and out of date. Others would argue that this continuity makes the system special. There is an argument for both. However, any reformer of the system will have to bear this in mind: it is a Medieval university that you are bringing into the 21st century.