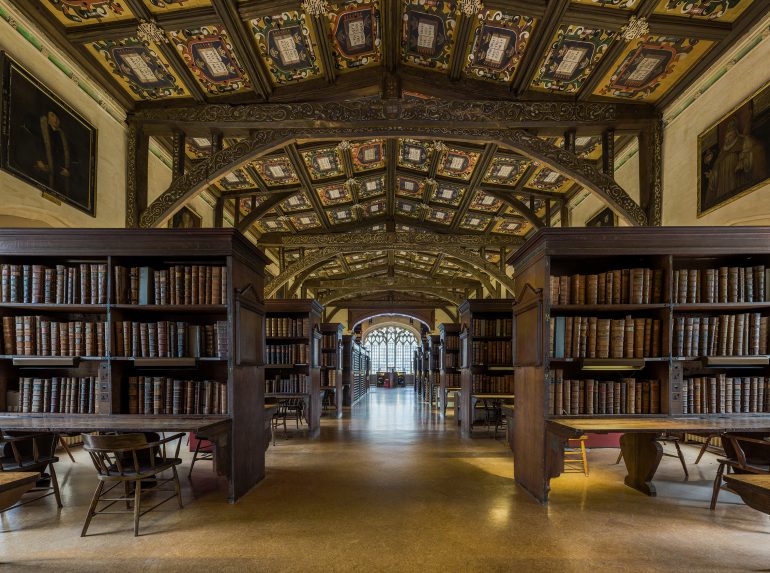 Oxford Libraries: The Good, The Bad and The Glink

We’ve all been there – it’s a Thursday morning, you’ve got an essay due in 6 hours and you haven’t even opened the reading list, let alone written a word. Panic sets in as you sit in your room staring at your laptop, trying to work out how on earth you’re going to do this on your Park End-induced hangover. Chances are, you’ll probably start thinking about going to a library: one of the best ways to force yourself to work is to surround yourself with a bunch of other stressed people who’ll definitely judge you if you sit on your phone and probably write an Oxfess about you if you even cough. The problem is that there are just too many to choose from: luckily for you though, OxYou is here with the definitive guide on where to go if you want to be productive, want to have a cry, or, if you’re wearing a certain college puffer, want to watch, uh, questionable videos…

The vibes are immaculate: it doesn’t really matter whether you end up writing your essay or not, because the main character energy you get from sitting right up at the top will more than make up for the breakdown you have to your tutor later in the day. You’re not doing this properly if you don’t spend more time subtly taking photos for your story than actually working.

I’ve been told that this is actually a very productive place to work, with its massive shared desks, but I’ve never worked here. I just think that if you’ve got the Upper Radcam upstairs and you choose to stay downstairs, you’re doing Oxford wrong.

Intimidatingly large (no that’s not what she said) but the collective peer pressure of hundreds of people all looking far more studious than you has a wonderfully shaming effect that can’t help but make you want to start reading. As with the Radcam, Upper over Lower every day of the week.

Look, let’s be honest here, we all know what this means. You’re bored and lonely and don’t actually want to write your essay, so you’re hoping that you’ll wander in and find a friend who’s got gossip to share, so that two and a half hours and a lot of whispered tea later, you can move from the bargaining to the acceptance stage of your essay crisis.

I’ve never been able to get a seat in here, and at least once in the process I’ve been accosted by someone I’d never met trying a little too hard to become friends with me. It’s a beautiful building and I’m sure it’s very productive, but the nest of vipers you have to cross to get to it doesn’t really seem worth the risk.

I’ve never met a modern languages student who isn’t a little bit pretentious, and that I think sums up the Taylorian. A delightful building, but you can’t help but feel a little bit inferior as you wander in in your slightly dodgy outfit that you put together from the only clean clothes (clean is a stretch: worn less than 5 times is probably better) you had left that morning.

Mainly just including this in here to flex that as an E&M student I actually get access, but I’ve received testimony from multiple different friends that this is the place to be. Spacious desks and a gorgeous view onto the Park End roundabout system are bound to get you feeling productive, and if not the lunches at the Business School cafe will more than make up for this.

Perfect if you’re from Christ Church and want to watch a certain type of video: a deeply scarring experience for literally anyone else.