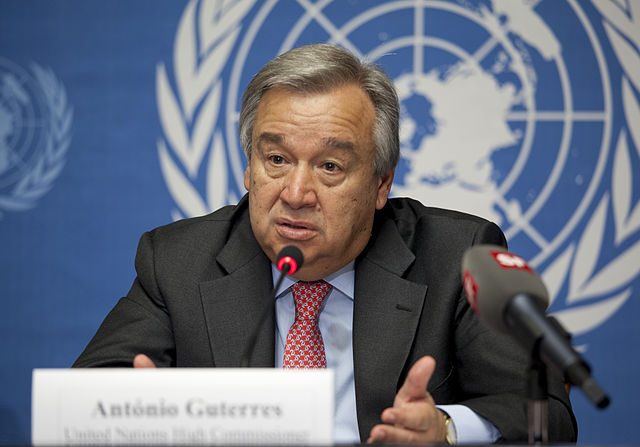 The COP27 summit officially commenced this Sunday, marking the 30th anniversary of the United Nations Framework Convention on Climate Change. This year’s summit will take place from the 6th to the 18th of November in Sharm el-Sheikh, Egypt. Along with new energy projects and transitions to cleaner alternatives, climate finance will be one of the main topics. Agreements around climate finance, especially pertaining to the African continent, will be key for this summit’s success. Any other outcome could prove disastrous or irreversible for the climate and global economy.

Africa is one of the least responsible contributors to global warming in the world, contributing just two to three percent of global emissions. It is also the least climate-resilient continent in the world and particularly vulnerable to the impacts of climate change. The Congo Basin, for example, is the largest carbon sink in the world, absorbing far more carbon than it emits. Climate change has also seriously impacted rain patterns throughout the continent. There are shorter wet spells (resulting in droughts) and longer and heavier rains (resulting in floods), affecting crop yield and the livelihoods of millions of African farmers. African governments currently lack the resources to tackle these climate issues, which has stalled socioeconomic growth and sustainable development. The International Food Policy Research Institute predicted that the agricultural effects of climate change will lead to “higher food prices and therefore lower affordability of food, reduced calorie availability, and growing childhood malnutrition in Sub-Saharan Africa” (Ringler et. al, v).

Africa is one of the least responsible contributors to global warming in the world, contributing just two to three percent of global emissions.

Facing growing concerns about water and food security, the agricultural sector, and natural disasters, African countries have repeatedly emphasized their need for climate finance support. However, wealthier economies, such as the U.S. and the European Union, have minimized the importance of Africa’s climate crisis. At the COP26 summit, African nations successfully secured a fraction of donations from wealthy countries, but were still far off from reaching the necessary funds. Wealthier countries have also failed to uphold their longstanding pledges, such as the $100 billion plan aimed to help developing countries address climate change. Earlier this year, leaders in Africa criticized rich nations for failing to fulfill the plan, expressing concern for future funding promises. Even if this plan is fulfilled, the African Development Bank and International Monetary Fund predict that Africa will have to mobilize a much larger $1.6 trillion between 2022 and 2030 to fight climate change.

To avoid an outcome like the COP26 summit’s, wealthy countries must find a new solution to help developing countries without adding to their debt crisis. Currently, loans have only added to the debt crisis in developing countries: OxFam found that loans dominated “over 70 percent provision ($48.6 billion) of public climate finance,” which has only exacerbated debt burdens in developing countries. COP27 must address and abandon the current climate finance system based on loans, and account for climate-unrelated attacks on Africa’s economy. COVID-19, for instance, resulted in an estimated loss between $173.1 billion and $236.7 billion between 2020-2021. Other global emergencies, like the war in Ukraine, have resulted in significant blows to Africa’s economy. In other words, wealthier nations should anticipate and be willing to contribute funds to address the full extent of the problem.

The COP27 summit has the potential to support Africa’s measures against climate change, or to push African economies past the point of help. As Mr. Ephraim Mwepya Shitima told the United Nations, “COP27 should be about advancing the implementation of the National Determined Contributions (NDCs), including adaptation and mitigation efforts and delivery of finance to enhance implementation.” The United Nations describes an NDC as “a climate action plan to cut emissions and adapt to climate impacts.” An effective NDC factors in climate action with other pressing demands, such as poverty, agriculture, and the economy. However, for Africa to reach and implement their NDC goals by 2030, they will need an estimated $3 trillion. All of these commitments rely on receiving adequate financial support, without the burden of repaying debts or prioritizing one policy over another.

…global emergencies, like the war in Ukraine, have resulted in significant blows to Africa’s economy.

The implications of Africa’s climate stability will not only help vulnerable communities in the African continent, but the entire global economy. However, wealthy countries and economies must fully commit to supporting developing countries, and abandon their current system of debt-based loans. Just as the issue of climate change is becoming increasingly urgent, the African continent must receive the right technical and financial building support to adapt to the impacts of climate change. It is deeply unfair that Africa contributes so little to climate change, but still absorbs the emissions and impacts of it the most. In previous summits, global leaders have failed and neglected to address the crises in Africa. Wealthier countries, especially those with extraordinarily high emission rates, have an obligation to assist Africa this time around.