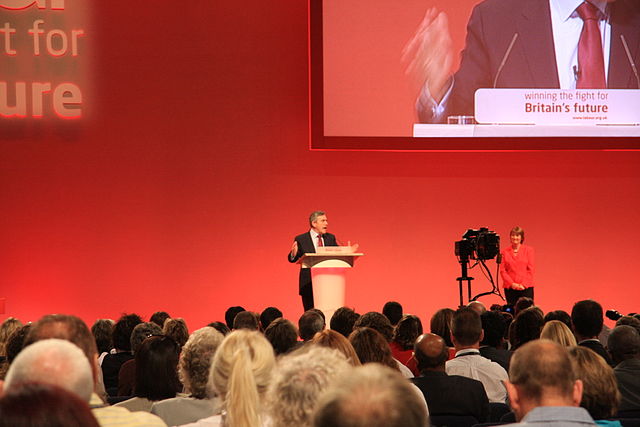 A Defence of the House of Lords

Twenty-five years ago, New Labour were first let loose on the British constitution, and Tony Blair, America’s poodle, set about turning our political system into a knockoff of the USA’s. Firstly, the devolution of legislative powers to Britain’s constituent nations sacrificed the safety of the union in order to mimic the federalism of America. Secondly, stepping towards establishing a British Senate, Blair ended nearly a thousand years of history by removing hundreds of hereditary peers from the House of Lords. Thirdly, in 2005 he secured his crowning achievement in the establishment of a Supreme Court to interpret Britain’s constitution, seemingly forgetting for a moment that it is not in fact codified like in the USA.

This year, Gordon Brown, America’s poodle’s poodle, has returned to combine the worst aspects of Blair’s nightmare triplet of reforms into one monstrosity. His proposal would abolish the House of Lords and replace it with a ‘house of nations and regions’ to safeguard the constitution and request reviews from the Supreme Court.

This would undoubtedly be the last nail in the coffin of the project in pragmatism that is Britain’s political system. Our refusal to ever lay down in law any comprehensive set of rules for our government has allowed us the flexibility we need to adapt our ‘constitution’ to modern times. For example, after the Prime Minister was recognised as the representative of the people, the royal prerogative powers previously held by the crown were silently transferred to the government. Similarly, as Britain democratised, Parliament was able to remove the ‘rotten boroughs’ that gave unrepresentative influence to some wealthy figures. A codified constitution would have elevated such decisions to the status of ‘constitutional amendment’, requiring immense political effort to effect.

Our refusal to ever lay down in law any comprehensive set of rules for our government has allowed us the flexibility we need to adapt our ‘constitution’ to modern times.

This means that Gordon Brown’s proposal to create a House that defended the constitution is an alien idea for Britain, one imported directly from the USA. A supporter might point to the aforementioned Supreme Court, which famously declared Johnson’s prorogation of Parliament unlawful in 2019, as evidence that the British constitution is a real thing that can and has been used in legal judgements. But a flick through the famous prorogation judgement sees the court spend most of its time trying to justify its own right to make such a judgement and effectively beginning the creation of a codified constitution as it goes. Brown’s ‘house of nations and regions’, being a house in Parliament, rather than a more distant court, would be making this kind of constitution-creating decision on a day-to-day basis, quickly petrifying Britain’s dynamic system.

The House of Lords contains a huge variety of members who are in some ways better suited to represent the public than the average MP. The relative independence of Lords from party whips, along with the extra-political expertise they have, be it religious, cultural, or business-related, allows them to have a finer grasp of public needs and the impacts of small details in law. Abolish the current House of Lords and lose a culturally enriching influence on our politics, which is also uniquely positioned to temper the sometimes-extreme moves made by the House of Commons. Instead of embracing this diversity within our system, Brown would rather establish a second House of Commons, making all members elected, perhaps due to a perceived elitism in the Lords. The Declaration of Independence’s ‘all men are created equal’ seems more fitting to New Labour’s way of government. The existence of bishops in the Lords is also likely offensive to the American ‘separation of church and state’, which is, again, a concept alien to British politics – the historical and ceremonial importance of the Church of England attests to that.

While the House of Lords certainly needs reform – the appointment procedure, for example, is obviously open to abuse and corruption – worries about the absence of democracy in the House of Lords are truly overblown. The reforms of the early 20th Century removed the ability of the Lords to veto any bill put forward by the Commons, meaning that they can now only delay bills, and even this power has come under threat more recently. The fact that the Lords agreed to this reduction in their power is indicative of their appreciation of democracy and their strange position in Parliament. In recent years, the House has demonstrated this by putting forward its own reports regarding modernisation. Rather than persecuting the Lords for its unique heritage and trying to dramatically replace our upper house with an American import, Brown should consider these more modest reform proposals, embracing instead the British way – reform, not revolution.