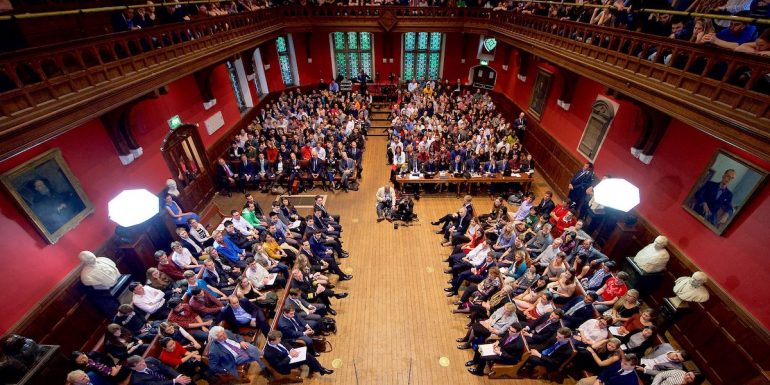 Ahmad Nawaz, President of the Oxford Union, has been ‘autoresigned’ (forced to resign) from the Society after missing meetings he was obliged to attend by Society rules. However, this autoresignation is currently being challenged.

The autoresignation was triggered under Rule 23(c)(ii)(2) in the Oxford Union Rules and Standing Orders, which states that “Any member of any Committee…having missed three ordinary meetings of that Committee without good reason in the same term, shall be deemed to have submitted his resignation from that Committee.” Nawaz missed Access meetings, which take place every Thursday and which the President is required to attend, in 2nd and 4th week. He also walked out of the Access meeting in 1st week as soon as the Librarian began speaking, a move that a Union member who was present and spoke to the Oxford Student deemed ‘extremely disrespectful’.

However, should someone miss a meeting, they are able to pass their absence at the following committee meeting. Under Union rules, valid reasons for absence include attendance at Public Examinations, “disabling or infectious diseases”, as well as other engagements deemed to be pressing, unavoidable, or important to the Society.

Nawaz attempted to pass a motion to this effect, claiming that he missed meetings due to illness. This claim was put in doubt after the President was shown hosting guest speaker Bhad Bhabie at his office where some attendants were seen drinking shots, which he had posted on his Instagram story on the same day he missed a meeting. He also attended the debate dinner on the day, chaired the debate, and made a 10 minute paper speech that night.

Reacting to Nawaz’s reasoning, a member of the Access committee told The Oxford Student that “if it was infectious, [the President] was knowingly putting members, staff and guests at risk. If it was debilitating, then God himself must have miraculously intervened to make the President well enough to deliver a ten minute speech to hundreds of people.’

Several members of the Access Committee were ‘cynical of the President’s excuse’, telling The Oxford Student that ‘the President clearly views access as an inconvenience and not a responsibility’, adding that “the only reason he comes to access committee is so that he doesn’t get removed from position”, which is “part of a trend of the President doing the bare minimum”.

After his motion was objected by Librarian-Elect Disha Hegde amongst others in the Access Committee yesterday, the motion went to a secret ballot vote.

The President needed a simple majority in the secret ballot to successfully pass the motion, but nevertheless failed as he lost with 9 votes against him, 7 in favour, and 1 abstention. This means an auto-resignation directly comes into effect starting on Friday, November 11th.

To stay in office, the President is seeking to overturn the autoresignation by bringing a Special Adjournment Motion (SAM), which challenges any decisions by any Committee by bringing it for discussion and voting to the entire House, and, if submitted within 24 hours of the decision challenged, will suspend the decision until the House votes on the SAM or the SAM is thrown out. For a SAM to be voted on in the House, the motion must receive 30 signatures prior to the next meeting of the House, or it will be thrown out.

As seen in the Union notice board, Chief of Staff Israr Khan has given a notice of intention to bring a Special Adjournment Motion, along with 30 signatures collected. This means that Nawaz’s resignation will be suspended until the next Public Business meeting this coming Thursday. 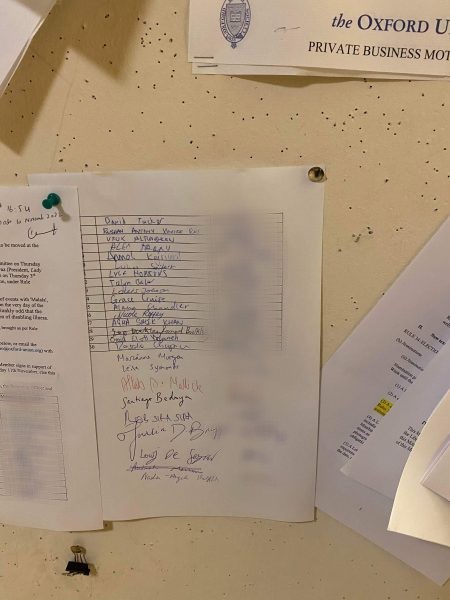 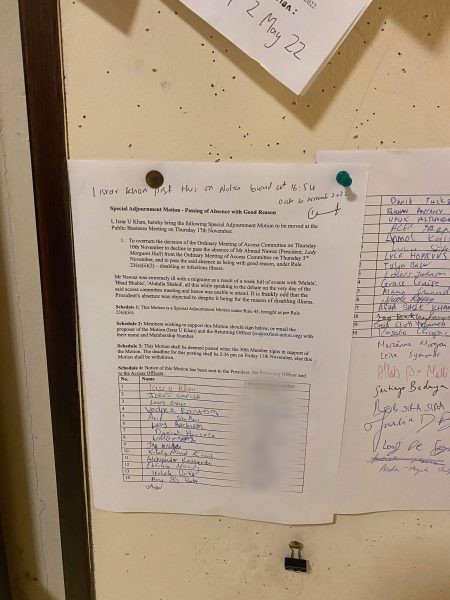 Signatories to the Special Adjournment Motion notice on the Union notice board, seen on 11/11/2022

An auto-resignation has occurred before. For instance, in 2015, then President-Elect for TT15 was automatically resigned from his post after allegedly failing to attend three Union meetings that term.

Likewise, although SAMs in the Union are a rarity, they are not unprecedented. In 2019, a Special Adjournment Motion was brought to overturn the appointment of two individuals to the Debate Selection Committee. This was eventually abandoned, however, as SAMs usually require a lot of support and the proposer at the time did not believe he had this.

The Oxford Student has spoken to several Union members about the incident.

A member of the access committee expressed anger at the President’s lack of apologies offered, as reportedly no apologies were minuted for his absences and no absence was attempted to be passed in previous meetings. Adding to [their] frustration is a discrepancy between the meeting minutes, where the President’s illness was described as high temperature, and the petition, where it was listed as a migraine.

However, another member who has served multiple terms on the Committee told the Oxford Student that “I understand the issues behind people questioning the reason [for] the President’s absence in contrast to the reason [given] but I can’t help but feel this is part of a bigger, more political move than simply a formality caused by his absences.”

The Oxford Student has also contacted the Oxford Union Society and President Ahmad Nawaz for comments. In a response attributed to the President, Nawaz said,

“I am extremely disappointed by the manner in which the rules appear to be arbitrarily and selectively applied to some but not to others. For instance, the individual who objected to me passing an absence due my own illness had passed her own absence on the very same grounds, the previous week. This level of hypocrisy is completely unacceptable in any setting but is certainly not what members should expect from elected committee. I would also add that the role of President is extremely time-consuming often with multiple speaker meetings, events and internal meetings in the same day which is why I have had to miss parts of earlier internal meetings this term. It is clearly absurd that illness is not deemed an acceptable reason for an absence with a grossly disproportionate penalty. Nonetheless, I have acquired the necessary number of signatures to put the motion before the house where I am convinced that the membership will vote for common sense.”