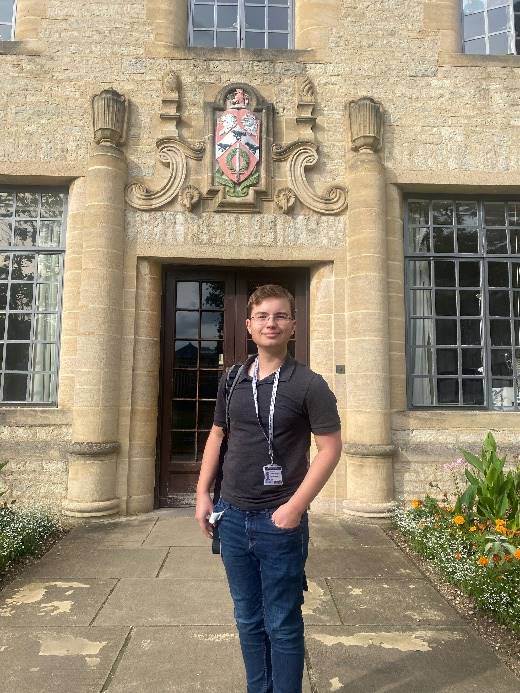 ​​Zac Giles is much like many other Oxford PPEists – from a young age he became interested in politics through observing the Brexit referendum, the 2017 election and the 2019 election. However, Zac watched both elections from hospital, which is unlikely to be something many other Oxford PPE students experienced.

When Zac was 9, he was diagnosed with a rare life-threatening and life-limiting genetic condition called Acute Lymphoblastic Leukaemia. This is a condition in which your bone marrow essentially stops working and you have underdeveloped lymphocytes called lymphoblasts. The best way to treat this is by a blood stem cell transplant, which can be hard to find – only 1 in 3 will find a donor in their family. Zac didn’t find a donor in his family so had to turn to DKMS, a charity which helps people find stem cell donors. We spoke to Zac about his experiences with Acute Lymphoblastic Leukaemia, how he’s finding Oxford and why he’s passionate about stem cell donation.

One of the first questions I had for Zac was about what difference he believes that his condition has had on him. Understandably, he said he couldn’t really imagine life without it – after all, he’s been dealing with it for about half of his life, and for most of his conscious existence. He did say that his time in hospital gave him an appreciation for how much effort the NHS workers put into their work – not just the medical professionals, but the cooks and the cleaners too.

Due to his illness, Zac missed much of Years 5, 8 and 11, spending that time in hospital. When I asked him about the effects of missing this amount of school, he was generally not too concerned about it – saying that Years 5 and 8 aren’t too important so missing them is not the end of the world and since his GCSEs in Year 11 occurred in the year when everyone got their predicted grades, he was not too disadvantaged. I still think it necessary to recognise the achievement of making it to Oxford despite that.

Zac has thrown himself into Oxford life, joining the RPG Society and also making time to attend some Oxford University Labour Club events. I asked him how he was finding the infamous Oxford workload and he described it as ‘high but manageable’, although noting that there was less structure than he was used to previously.

Zac is very passionate about stem cell donation – it quite literally saved his life. In 2017 he received his first stem cell transplant but due to complications, he had to find a second donor in 2020. Both Zac, and the charity which found his donor (DKMS), are very keen for people to sign up for stem cell registry. When I asked Zac to say how he would encourage someone to join the stem cell registry, he was keen to emphasise how easy it was – all you have to do is swab your cheeks and send off that sample and you will join the stem cell registry. Only a small number of people need these transplants, so being on the registry doesn’t mean that you will be called up to give straight away. DKMS also allow you to back out whenever, meaning that if you change your mind about supporting the charity, you maintain that option. If you are a match, and are called upon to donate, then the process is painless – in most cases it’s as simple as just taking blood.

If you want to help people like Zac, getting onto the stem cell registry is the best way you can do this. It’s really easy and can save a life like Zac’s. If you want to know more, the blood cancer charity DKMS is doing great work.