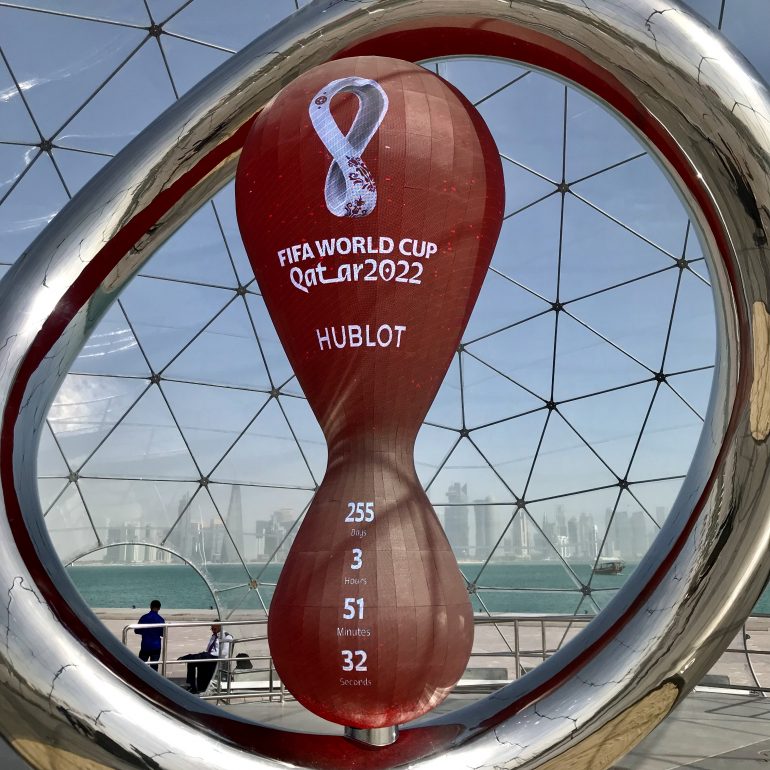 This year’s World Cup in Qatar is set to kick off this weekend. Here is a group-by-group rundown and preview for the 2022 edition of the biggest tournament in world sports.

The hosts (as usual) have managed to avoid the toughest quartets, yet are still considered the weakest in Group A. Then again, the home advantage has come into play before and could do so doubly when playing in the sweltering desert heat. It would be a major surprise to see Qatar progress to the knockouts, but they will prove a tough enough opponent in the group stage. The Dutch will be happy with this group; they missed the World Cup last time out so have a lot to prove and a top squad to prove it with. One of the teams to watch for in Qatar for sure – Van Dijk & Co. should go very far in the tournament this year. Don’t count out Senegal though, coming to Qatar with a real ‘golden generation’ headlined by Sané, Koulibaly & Mendy. This is one of the strongest squads ever seen from an African nation in the World Cup; could they become the first ever team from the continent to make the semis? Ecuador had a solid qualifying campaign, denying nations like Chile or Colombia a World Cup spot, but the main tournament itself is a different level. With a squad of mostly relatively unknown players, they could prove a forgettable side.

Southgate’s lads can have no complaints about the draw. If the Three Lions mean business, they should likely be sweeping this group without any major hiccups. A strong squad can certainly be assembled, and last year’s Euros run should give the fans some confidence, even if this year’s winless Nations League performance has undermined that somewhat (0-4 to non-qualifiers Hungary at Molineux in June was not a good look).

Not to worry, Southgate always delivers at the big tournaments… right?

The USA has a young squad no doubt looking to make the main impact in 2026 when they’re hosting, but that’s not to say they won’t want a solid run this time around, especially to make up for missing the tournament in 2018. Wales will be making its first appearance in the World Cup since 1958 (!) and getting to the last 16 is certainly within reach; fans will be hoping Gareth Bale will be on his Wales, Golf, Madrid (now LAFC) priorities. Iran topped its qualification group above South Korea and will be heading to Qatar with some optimism but are probably nevertheless the weakest in this group on paper.

Lionel Messi has confirmed that Qatar 2022 will be his last World Cup; the last shot for the icon to capture the only trophy missing from his collection. Argentina is not among the favourites this time around, but with a little bit of Leo magic, who knows? Mexico and Poland are both tough opponents who will challenge the South Americans for the top spot in the group – the Poles have their own ageing star for whom this may be the last appearance at the showcase tournament in Robert Lewandowski, while the Mexicans are a perennially solid side and always have the capacity to pleasantly surprise. Saudi Arabia are certainly the underdogs here, but qualifying ahead of Japan and Australia tells the rest not to underestimate them.

The last 3 champions of the World Cup would all fail to make it out of the group stage at the subsequent one. Will France suffer from the same curse?

Les Bleus certainly got a favourable draw – Denmark is of course always a threat, but a squad of the caliber of the French should dispatch Australia and Tunisia relatively easily. Then again bigger surprises have happened at the World Cup and history does tend to repeat itself… Speaking of the Scandinavians, after a memorable Euros run all the way to the semi-final last year, they have kept a strong form for 2022, with wins over the French both at home and away in the Nations League! In recent years, the Vikings have become a force to be reckoned with and they are a very solid shout for the ultimate dark horses this winter. Australia and Tunisia are outsiders in this group, they will be hoping a disappointing showing from the Europeans can allow them to pick up some surprise results. The interesting fact here is that save for Tunisia replacing Peru, this is the exact same group as group C in the 2018 edition. There, the order went France, Denmark, Peru, Australia. How different will it be this time around?

Here we have another group with two clear favourites to progress. Costa Rica has shown in 2014 that it should never be counted out (they topped a group including England, Italy, and Uruguay), but outside of PSG keeper Keylor Navas, there is not really any huge names in the squad this time around. Japan’s fans will no doubt be among the best (their passionate but polite showing in 2018 was exemplary and was one of the headlines of the tournament), but despite a decent squad it would be a surprise to see them progress. This group should belong to the two football superpowers of Spain and Germany, both among the favourites to take the crown this year. The Iberians finally seem to have confidently settled in the post-Xavi & Iniesta generation and were only penalties away from the Euros final last year. They have the squad to beat anyone, and that is exactly their goal. Admittedly, choosing Jordan as their final opponent to warm up for the World Cup is an interesting decision… For the Nationalelf this will be the first major tournament after Joachim Löw and new boss Hansi Flick is looking to make an instant impact.

Gary Lineker famously said ‘football is a simple game. Twenty-two men chase a ball for 90 minutes and at the end, the Germans always win.’ Could the statement ring true once again?

Another group of expected European dominance, but with maybe a bit more chance for some surprises. Belgium of course are the favourites and should be taking the top spot but it is hard to guess just how far they can go this year. For the past decade now they have come to each major tournament with huge hopes but could never quite realise them… Maybe this is that year – it has been a long time coming. Croatia were runners-up four years ago, but their squad has been ageing and does not look as strong this time around. While they are always capable of a solid tournament, this could be one to forget for the Checkered Ones. Morocco have big stars like Ziyech or Hakimi but have been lacking memorable performances at big tournaments in the past years – hard to see that pattern changing. Canada are among the hardest teams to nail down this year. Many football fans would struggle to name any of their players outside of Alphonso Davies, and we are accustomed to seeing their name at the ice-hockey World Cup, not the football one. And yet, with them hosting in 2026, they are looking for a big showcase here and might just surprise everyone (probably including themselves).

Brazil should top this group, they are the odds-on favourites of Qatar 2022, with a ridiculously star-studded squad. Nonetheless one can’t help feeling that they will trip up in the knockout stages and exit earlier than their fans (and certainly the players) would expect to. Or it could be a repeat of 2002 and a sweep of the tournament worthy of the big favourites – the Seleção are certainly capable of either. Their games against both Serbia and Switzerland should be top ones, the hardest decision of this prediction was the 2nd-3rd place of this group. It really is a toss-up between the two: both are incredibly solid European sides capable of posing a big challenge to any team in the world on a good day. Expect the Serbia – Switzerland match to be one of the hidden gems of the tournament. Cameroon do look the weakest on paper here, Chupo-Moting has found his goalscoring boots in Bayern lately though. Let’s see if he wears them for the Group G clashes as well.

Like his big rival Messi, Cristiano Ronaldo is also likely looking at his last-ever chance of World Cup glory, but it will be a mountain to climb. So was Euro 2016 though and we know how that ended. For a chance of a repeat of the glory in Paris, winning this group is a must. Uruguay are the first ever winners of the World Cup, but going all the way here would be a miracle. Cavani and Suarez will nonetheless be looking to bow out of the showcase tournament with a memorable run. Ghana and South Korea will be putting up a fight and it is not inconceivable that they could grab one of the top two spots but it will be a challenge, especially for the East Asians who are missing their #1 star Heung-min Son.

Image description: Countdown clock in Qatar for the 2022 World Cup