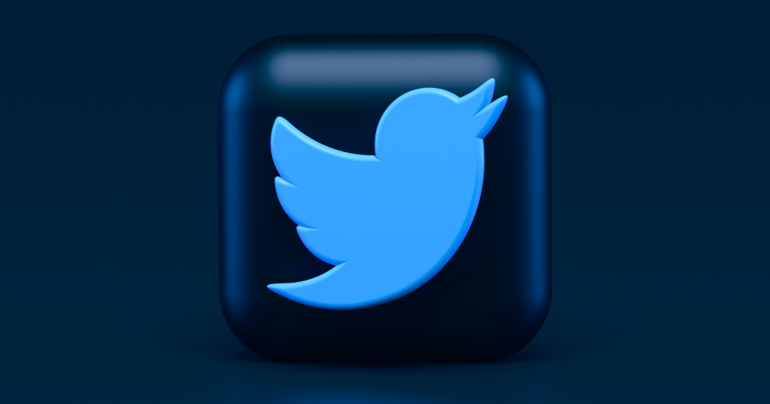 A bird in the hand is worth $44 billion: Elon Musk’s Twitter takeover and what it means

After months of negotiations, Elon Musk is finally the new owner of Twitter. The engineer of Tesla and SpaceX fame is hailed as a visionary by his fans, but has come under fire for some of the changes he’s made at the social media company. There are also concerns about Twitter’s future: Musk is notoriously unpredictable, and users of the platform worry that Twitter in its current form may have no place in his utopian, sci-fi version of the future.

Even the deal to buy Twitter was chaotic. After purchasing 9 percent of the company’s shares in early April, Musk made a $44 billion offer to buy Twitter outright, and the board accepted his offer later that month. This is the deal most people will have heard about, many, like me, probably assumed this would be the end of the story. But Musk suddenly lost interest in buying the social media platform, and attempted to walk away from the deal, accusing Twitter of making misleading statements about user numbers and the number of spam accounts. As soon as Musk announced his intention to withdraw from the deal, the company’s stock value plummeted, and Twitter, now devalued by the bust of a deal they hadn’t initiated, sued Musk for breaching the terms of the binding acquisition agreement he’d signed earlier in the year. Faced with legal action, Musk eventually backtracked and agreed to buy the company for the originally agreed $44 billion. The billionaire attempted to gloss over the fact that he’d essentially been forced to buy Twitter, posting photos of himself carrying a bathroom sink into the company’s headquarters with the caption: “Entering Twitter HQ – let that sink in,” and by briefly changing his Twitter bio to “Chief Twit”, but the damage was already done: Twitter’s brand had been damaged, and, more crucially, Musk’s reputation for erratic behaviour had been solidified.

Musk’s reputation for erratic behaviour had been solidified.

Following the closing of the deal, it was clear to most inside the industry that big changes were coming. Elon Musk is well-known for his profit-maximising approach to the companies he runs. Nonetheless, the scale of the changes was unprecedented. He decided to lay off almost half of Twitter’s existing staff, with employees being informed of their job status by email after their access to offices and internal systems was cut off overnight. This large-scale firing affected the top levels of Twitter’s management as well, with the chief executive, chief financial officer, general council, and head of legal policy, trust and safety all being fired. Musk also laid off 75 percent of the content moderation team, which attempt to reduce misinformation on the platform, and fired all of the human rights team, actions which have been criticised by many in the industry as reckless.

The job cuts Musk has initiated seem harsh (and even potentially illegal – several class-action lawsuits for unlawful termination are in the works) but are perhaps more understandable in the context of the difficulties the social media industry is facing. Slowing global economic growth has led many firms to cut their advertising budgets, and as most of the tech sector relies on advertising as its main source of income, the industry is struggling. Meta, the parent company of Facebook, Instagram, and WhatsApp, has recently announced plans to lay off over 10 percent of its workforce, and others in Silicon Valley are likely to follow suit.

It seems Musk is acutely aware of the problems with relying on advertising for the majority of Twitter’s income. He has announced that he intends to reduce the contribution of ads to Twitter’s revenue, which is currently 90 percent, to below 50 percent. His plan is to compensate for this by increasing revenue from subscriptions to Twitter’s premium “Twitter Blue” service, and by charging users for verification of their accounts (although this is currently on hold after parody accounts, including one for Jesus, were given a blue tick of verification).

These plans seem sensible given the difficulties the industry is facing, but some of Musk’s other intentions for the platform have faced more scrutiny. Musk has stated that he is strongly in favour of free speech being allowed to prevail on the platform, and that he “wants to fix Twitter’s strongly left-wing bias”. These statements, coupled with his drastic staff cuts in the content moderation sector, have led platform users to worry that hateful and abusive content will be allowed to proliferate. This concern is shared by the European Parliament. Some members of the Parliament have stated that Twitter must not be allowed to become a “dystopian hellscape” and that they won’t tolerate breaches of EU law in the name of free speech. Some members are pushing for Musk to be called in front of the European Parliament for a hearing to ensure he is aware of his legal obligations.

Twitter must not be allowed to become a “dystopian hellscape”

The controversy around Musk’s intention to promote free speech is perhaps driven by the uncertainty surrounding his definition of free speech, and his slightly dodgy track record when it comes to tolerating free speech directed against him.

In 2018, British caver Vernon Unsworth was involved in the rescue of 12 boys trapped in a mine in Thailand. The plight of the boys was heavily featured in the media, and Musk himself got wind of it and suggested building a small submarine to assist in the rescue. After Unsworth dismissed the idea and accused Musk of using the issue as a PR stunt, Musk retaliated by calling him a “pedo guy” on Twitter. When the caver brought a defamation case against him, Musk hired a famous lawyer and won the case. This incident may have been forgotten in the whirlwind around the Twitter deal, but it does seem to suggest that the Tesla CEO is not open to free speech when it involves criticism of his actions.

Musk is also known to be openly against trade union activities, and has fired Tesla employees for attempting to organise with unions online. More concerningly, he has used Twitter itself to mislead investors and manipulate Tesla’s share price. Considering all these incidents, it seems that the new owner of Twitter is keenly aware of the power of free speech, and that he has no qualms about suppressing it when it benefits him. He also has a tendency to lash out against causes he personally disagrees with: in his tweets, he has criticised pretty much everything under the sun, including both the Democratic and Republican parties, trade unions, Covid restrictions, and “pronouns”. Musk himself thus has a history of inflaming the type of vicious debate that can make Twitter such a difficult platform to use, which may not bode well for its future content moderation.

The uncertainty surrounding Musk’s definition of free speech and his intentions with Twitter have already had financial consequences. Twitter has experienced a drop in ad revenue since Musk took over, which he claims is due to activist groups pressuring advertisers to stop working with the company. Several companies have refuted his claims, stating that their withdrawal has more to do with Musk’s own actions and their concerns over content moderation on the site.

Musk, however, does not seem too bothered by the criticism of his actions. Rather, his immense wealth has allowed him to tune out most critics and push forward with his own plans, whatever the cost. The second-richest man in the world (or sometimes the richest, depending on whether Jeff Bezos is having a good week or not) has so far able to shake off defamation lawsuits, breaches of contracts, and federal regulators without too much bother. Harvard historian Jill Lepore describes this phenomenon as a form of “extreme capitalism”, in that it is quite feudalist: there is a sense that there is a class of people like Musk that are educated and rich, and therefore can do whatever they want; and that the rest of humanity is subject to different laws. She sees extreme capitalism as the cause of a much bigger problem, which is that Musk and Bezos, the two wealthiest people in the world, seem to have decided on their own that human beings should colonise space. The question of whether human beings should build colonies on Mars or the moon is something that all of us have a stake in, and it seems bizarre that these two individuals get to decide our extra-terrestrial future.

Analysing Musk’s beliefs and behaviour thus raises questions not only about the future of Twitter and free speech, but also about what the role of wealthy individuals in making decisions that affect the whole of humanity should be. How much power do we want them to have? Do they have a right to decide what free speech is? It seems that with Twitter, Elon Musk may decide he has that right. But it is here where Musk’s beloved free market capitalism may serve to reign him in: with advertisers withdrawing their funds and other social media companies competing with Twitter for users, he may be forced to make some compromises after all.