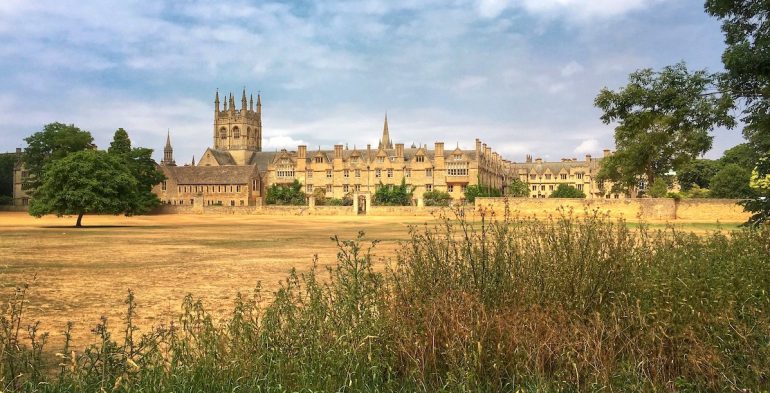 At the closing of COP27,  the Oxford Student Union (SU) have released demands to Oxford colleges on sustainability.

The overall aim is that colleges be transparent in their progress on sustainability, by asking that they publicly commit to targets, a strategy and the appropriate enablers to ensure their strategy is actualised.

The Oxford SU have publicised their demands that every college by the end of March 2023:

1. Adopts a target for net zero carbon and biodiversity net gain at least as ambitious as the central University’s 2035 date.

2. Publishes a strategy as to how they will achieve this target, with annual reporting, covering scope 1, 2 and 3 emissions as well as biodiversity impacts, and including or alongside a policy commitment to divest from fossil fuels.

3. Implements the appropriate governance and enablers to enact this strategy, including a sustainability committee with student representation, and dedicated staff time.

However, given the nature of the Oxford University system, sustainability targets will need to be carried out by the colleges separately from the central university.

The picture of sustainability policies are mixed across colleges. For example, Mansfield and Hertford colleges have publicly committed to 2030 net zero targets, and St Edmund Hall released a sustainability strategy earlier this year. However, the majority of colleges are yet to publicly release a target and strategy, and to commit to the appropriate governance and enablers.

Similarly, fossil fuel divestment policies are mixed across the colleges . Although the central university investment fund, known as OUem, committed to divest from fossil fuels in 2020, after sustained student campaigning, according to Oxford SU research only around 6 colleges have all their investments with OUem. Out of the remaining colleges, only a handful (e.g. Baliol, Sommerville, Trinity, St Anne’s) have publicly committed to fossil fuel divestment. This means the huge total of college endowments at £5.06bn (much higher than the central university’s £1.3bn) continues to invest in the industry most responsible for driving the climate emergency.

While the SU recognises that the resources of Oxford University colleges does vary, and thus some colleges are better resourced to take on bold sustainability action. However, the Oxford SU cite the college contributions fund as a mechanism which can get more resources to those colleges who need it, and so an expansion of this work specifically on sustainability could ensure that all colleges can meet ambitious targets.

Oxford SU is pursuing these demands internally via college committees, through supporting college common room Environment and Ethics student representatives (who were consulted on these demands), and through supporting individual students passionate about making change. Any student can get involved by looking at what information is publicly available on their college’s website, and then asking that their college makes the above-mentioned commitments. The SU is also running a fossil fuel divestment workshop on Monday the 28th of November with free pizza, for any students interested in campaigning for college divestment.

“These demands are a call for climate justice. At a time when climate impacts are already being felt severely around the world, especially in countries which are least responsible for emissions, Oxford colleges need to recognise that as institutions with considerable power and resources, they must leadthe way on climate action.

This means both committing to sustainability targets for the colleges’ estates and divesting from the fossil fuel industry. Without the latter, colleges will continue to provide legitimacy for an industry who are actively preventing us from meeting 1.5 degrees, and who inflict harm on the communities in which they operate through illegally polluting their air. We will be headed towards more devastating climate injustice without institutions like Oxford taking action.”

“As institutions of high standing, all Oxford colleges have a responsibility to commit to sustainability. The climate crisis is something that is incredibly important to many students and it is disheartening to see a disconnect on such a key issue between colleges and the central university. These demands will hopefully push all colleges to adopt strategies and do more to tackle the climate crisis.”

There is so much support from students for action from colleges, and hard commitments would be very well received.

Given the urgency of the climate crisis and the precedent set by the central university, it is imperative that
colleges take up this opportunity, and view it as such – an opportunity to do their part in ensuring our planet is liveable for all present and future generations.”