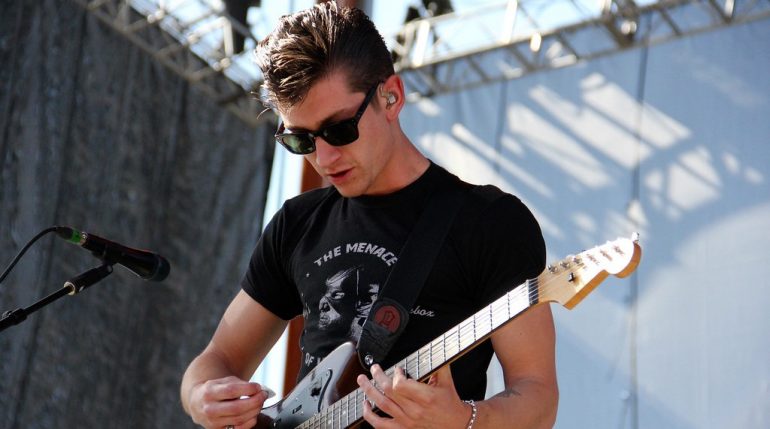 It’s official, Alex Turner has murdered rock. With the remorselessness and nauseating perversion of a Michael Myers Halloween rampage, Turner has taken a knife to the sound which propelled Arctic Monkeys to rock godhood in the noughties, dismembering, dicing, and reassembling his victim as a display-piece to shock and appal. Indeed, he inserted the blade in 2018 with the band’s long-anticipated sixth album, Tranquillity Base Hotel and Casino, but four years on he has dug it in and twisted.

The Car, a glossy lounge-pop odyssey, marks the continuation of the softer, deluxe sound which Arctic Monkeys debuted in Tranquillity Base to mixed reviews from critics and the fanbase. After a five-year break following AM (2013), their most successful and heaviest rock album to date, frontman Alex Turner retired the crunchy guitar thrashes and thick-set drum thumps, favouring dapper cosmic synthesisers and sparser, sundry percussion. The number of instruments used by the band trebled, as did the number of musicians on stage. ‘Softboys’ whose childhood years were underscored by the band’s chunky simian angst were bewildered, enraged by what Turner had done to the group they loved and doubtful that they would ever see it again.

At the very least, the arrival of The Car has cleared up some of the confusion. Turner tantalised fans upon the announcement of the album in August, promising ‘louder’ tracks, and claiming that the musical foray into space was over. Lovers of AM had fair reason to expect that the band was set to reinject the rock and pick up where they left off before their brief psychedelic interruption. However, now that it’s here, The Car has driven home to fans that the change is permanent.

‘Softboys’ whose childhood years were underscored by the band’s chunky simian angst were bewildered, enraged by what Turner had done to the group they loved and doubtful that they would ever see it again.

According to Turner, his attempts to revive the old style ‘almost seem[ed] like a spoof’, and the music simply ‘didn’t want to go there’. He trialled a rockier sound in pre-pandemic Paris sessions, but nothing except a demo of ‘Hello You’, which resembles a polished ‘My Propellor’ off their third album, Humbug, survived scrapping come the album’s recording in 2021. ‘Big Ideas’, a deliciously confused downtempo trip-hop highlight that would not be out of place in the Portishead discography, summarises his inability to deliver what the band wanted, namely a pulsating rock drubbing for old time’s sake. But he hasn’t entirely moved on: the Sheffield boys’ classic sound can be found at intervals throughout the album, often muted as if playing from the next room. At the end of ‘Big Ideas’, plaintive overdrive transfixes gushing string backing in resigned coexistence, and the guitar solo at the end of ‘Body Paint’, while by no means dripping in distortion, is a raw noise not dissimilar to what we heard back when the Monkeys’ world was little larger than knackered Reeboks and dirty dancefloors. Past and present collide frequently, and the through-the-wall feel of such guitar moments is laced with Turner’s conflicted melancholy that times gone by cannot be retrieved.

Turner’s lyrics have always intrigued, a delicate blend of curious images, moreish cadences and relatable simplicity, and in this album he gets more personal than ever before.

Pivotal to the recent evolution of Arctic Monkeys is the spotlighting of its frontman at the expense of the other members. In many ways this can’t be helped; Alex Turner has written almost every song that they have released, and his voice, face, and lyrics are undeniably the band’s foremost distinguishing features. Nonetheless, the move towards more complex music (unplayable live by just four people), and the Cohen-esque foregrounding of the vocal line, has seen the rest of the band step further into Turner’s shadow. Bassist Nick O’Malley only features on eight of the ten tracks and drummer Matt Helders is relegated to humming the backing in ‘There’d Better Be A Mirrorball’. Likely stifling the tears, he told NME that the music would ‘never be like ‘R U Mine’ again’. Turner himself claims that the rest of the band is becoming incrementally more supportive of his vision, imparting the pearl of wisdom, ‘if you’re the one not playing, you’re still the one not playing, you know?’. Not really, Alex, and watching guitarist Jamie Cook stare at the floor, sway like a simpleton, and touch his guitar perhaps twice during their performance of ‘Body Paint’ on Jimmy Fallon, I’m not sure he does either.

Turner’s lyrics have always intrigued, a delicate blend of curious images, moreish cadences and relatable simplicity, and in this album he gets more personal than ever before. He thematises the plastic world of Los Angeles notoriety (his home from 2013 to 2020) in tracks such as the tongue-in-cheek ‘I Ain’t Quite Where I Think I Am’, which describes a star-studded jolly on a yacht in the French Riviera, attended by ‘stackable party guests’. Turner feels out of place, but his existential musings are repeatedly interrupted by tacky cocktail music, represented by the lurid wah-wah sound of the lead guitar line. The title track is lyrically similar to Turner’s earliest work, choosing as its light subject the unpleasantness of a classic English holiday. However, there is something deeper within this feeling of captivity, and the semi-autobiographical ‘Mr Schwartz’ tackles the pressure Turner feels to stay ‘strong for the crew’, pulled in different directions by the many different people that his life requires to him to be.

Ultimately, Turner is unapologetic. He’s changed and he’s honest about it, and he hopes we’ll understand. The brilliant opening lyrics of ‘There’d Better Be A Mirrorball’, the ice-cold, hypnotic first track replete with gorgeous keyboard melody and string line which would fit seamlessly into a Bond film, offer something like an explanation: ‘Don’t get emotional / It’s not like you / Yesterday’s still leaking through the roof / It’s nothing new’, before addressing his misled disciples: ‘I know I promised this is what I wouldn’t do / Somehow giving it the old romantic fool / Seems to better suit the mood’.