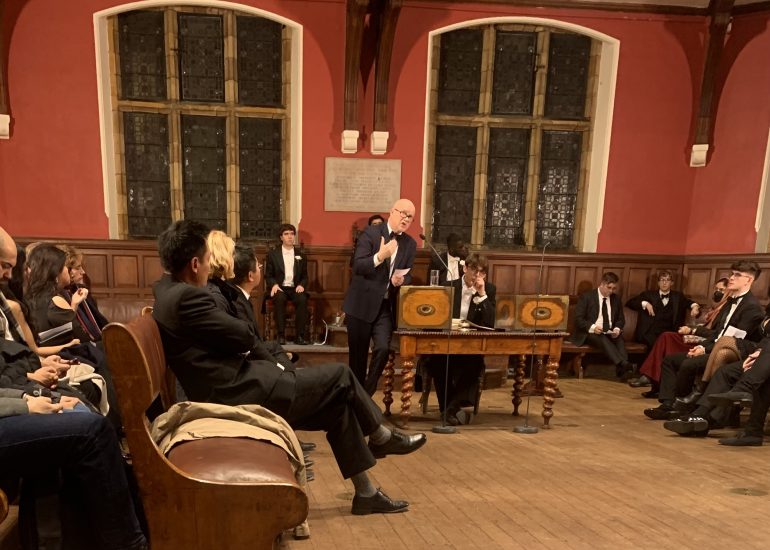 In the last several years, Universities have become a hotbed for debates over free speech with concerns over censorship and stifling of open discourse.

The Oxford Union has been a focal point of this, with controversy over invitations of speakers such as Sex Researcher Debra Soh or Israeli Ambassador Tzipi Hotovely. But despite this, the Union voted last night 89-60 in favour of the motion “This House believes woke culture has gone too far.”

Speaking on proposition was Founder of the Free Speech Union (FSU) and Associate Editor of the Spectator Toby Young.

Young argued that “Wanting to reduce prejudice and discrimination and improve outcomes for historically disadvanged groups is an admirable goal…the objection to woke culture is not the end but the means used to achieve it.”

In his speech Young cited examples of legitimate free speech crises around the world from the Uyghurs in China to women in Iran to Kathleen Stock who in his eyes “was essentially hounded off the Sussex University campus”.

On the opposition, Yasmin Benoit, a model and asexual activist, reflected on how the term had evolved in recent years. “Woke has gone from something aspirational for Black people to a pejorative that is used to beat communities down for trying to be informed and helpful,” Benoit remarked. She argued that cultural evolution can only take place when we are accepting of ideas around social justice.

Cultural critic James Lindsay extended this argument, saying, “It’s not just that wokeness has not gone too far…it cannot go too far.”

However, Young refuted these points and ultimately ended, “These tactics are self-defeating. The woke don’t succeed in persuading people of the rightness of their point of view any more than their totalitarian methods of communist party states during the Cold War persuaded their populations to embrace Marxist-Leninism…I’d go as far as saying the tyrant tactics of the woke movement actively harm the disadvantaged groups they’re seeking to help.”

Prior to the debate, Union President Ahmad Nawaz had already received internal criticism that this ‘motion pandered to a right-wing ideology’. Nonetheless, the debating chamber was entirely packed with 400+ people attending and hundreds turned away at the door, making it one of the most successful debates of the term.

A similar motion at Cambridge Union, “This house believes in the right to offend”, was also carried this week with an even larger margin of 247 in favour to 72 against.