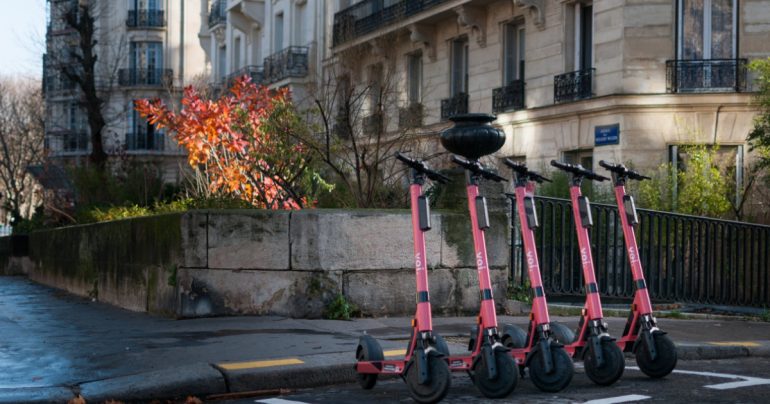 A case against avoiding the voi: summarising e-scooter studies

They’re quiet, they’re small, and their riders stand tall: e-scooters have imprinted themselves on our consciousness, adding to the list of what we expect to be almost hit by at a busy High Street crossing. Cities are undergoing a quiet revolution of personal transport, including e-scooters, e-bikes and traditional bicycles. These modes are grouped together under the title “micromobility”, owing to their generally short range and single-user nature. Hence, they can transform inner city commutes. But do they do so for the better?

There are a few questions which various studies over recent years have investigated. These range from the Georgia Tech study of “Do e-scooters replace car use in cities?” to more general studies, such as “does the rise in e-scooters correspond to a reduction in emissions?”. Some propose that e-scooters could replace a fifth of car journeys. If we are to truly evaluate the impact that a rise in e-scooter use could have, then we do also have to factor in things such as the weather, as a study across cities including Brisbane, Singapore and Texas explored.  Of course, none of these questions are independent from the others.

Georgia Tech School of Public Policy, located in the US, recently stumbled upon the perfect experiment to test this. In 2019, after a rise in e-scooter related accidents, the city of Atlanta introduced a ban on their use within city limits. This enabled Georgia Tech, using data from the newly-created Uber Movement Dataset, to analyse how this changed people’s driving habits in this time window. Their principal findings were that the average commute time increased 10% under this ban, a figure that increased to 37% around the time of events such as major sports games. Evidently, e-scooters, for their flaws, do make a significant contribution to easing congestion, which also sheds light on what forms of transport micromobility is actually replacing.

Prior to this study in Atlanta, people noted the rise of micromobility, but it remained unclear as to whether people chose these modes over cars. Alternatives would be if these were predominantly replacing journeys that would otherwise have happened on foot, or on public transport. If the former, this is good from an emissions perspective; if the latter, then it is in reality a step backwards, even if the transport itself is electric. Additionally, we cannot simply gloss over the fact that it was a ban due to a rise in accidents that led to this study in the first place.

An emissions study across six cities found that the answer to this question is very region-dependent. In the US, city infrastructures are very car-centric, so e-scooter users are far more likely to be replacing a taxi or car journey when they use one. This would be considered the highest impact. The lowest possible impact was occasionally seen: when e-scooter use replaces walking or public transport, hence increasing the emissions associated with their journey.  Since users are far more likely to “scoot for leisure” than for work purposes, this makes some sense. A more general trend was that e-scooters seem to be more impactful than e-bikes in reducing emissions.

If we extend the results from Georgia Tech’s study on car use to a national scale, statisticians estimate that e-scooters could be saving travellers up to 17.4% of their travel time, by reducing traffic volume. This has knock-on effects of reduced emissions since there are less cars on the road, and thus less congestion. This benefit is seen without factoring in the impact in peak rush hour: the curfew was restricted to between 9am and 4pm to avoid unnecessary congestion increase during this peak travel time. Evidently, policymakers were already recognising a tradeoff between public health (emissions, congestion) and public safety (accidents) in the context of e-scooter use.

Some argue that this ban came into place due to the relative newness of e-scooters compared to bicycles (and by extension, e-bikes). If so, then further regulation may be the answer. Currently, e-scooter parks take up pavement space; this leads to an inevitable overlap in the space pedestrians and riders use, which increases the likelihood of accidents. Regulate these, and improve infrastructure, and perhaps we may see only the benefits of e-scooter use. This is already seen in some places—where cycling infrastructure (cycle lanes, etc) exists, e-scooters are less intrusive.

An indirect way of measuring if e-scooter journeys really do replace those made by cars is to analyse the emissions (and lack thereof) associated with their use in cities across the world. In this context, researchers view e-scooters as one step in the electrification of consumer transport. This is doubly important, since emissions in the sector increased by 8% in recent years, contrary to the 20% reduction target as laid out in the Paris Agreement

Six cities across the US, Australia and Europe were studied and, in all cases, e-scooters had a positive impact, reducing emissions. Scientists note, though, that as time goes on, these technologies may well become redundant as more and more transport becomes electrified.

micromobility offers, at best, only a small part of the green energy transition.

The main drawbacks of e-scooters as they stand should not be ignored, and micromobility offers, at best, only a small part of the green energy transition. These technologies are far less tenable in rural areas, and are unsuitable for many with disabilities. The studies found that their main user base reflects inner city demographics: users are far more likely to be male, young and more educated than the population at large. These e-scooter companies do not necessarily have green benefits and accessibility at the forefront of their agenda. Their main focus is, as ever, profit, and the cost to the consumer adds up quickly with repeated use. Future studies intend to look more carefully at the user base; it is likely that users, also, are not necessarily choosing e-scooters for the environmental benefits, but for pure convenience.

The weather is also a considerable factor in the popularity of e-scooters, and the trends are not universally applicable across the globe. In Brisbane, e-scooter use rises as temperature increases, while use of traditional bicycles goes down, a trend replicated by a smaller margin for rainy conditions. However, in Singapore, the opposite is true, as for Austin, Texas. These differences may seem small, but are important for policymakers to consider when predicting the real impact of e-scooter use on emissions, congestion, and hence public health.

Studies also note that e-scooters can still be improved to increase sustainability benefits. The main suggestions are to increase the lifespans of these vehicles, to decarbonise their manufacture, and to work with city transport providers to increase uptake and move away from individual car use. There is the caution, though, not to make e-scooters more attractive to the user than existing mass transit, as this would make the city more congested, not less.