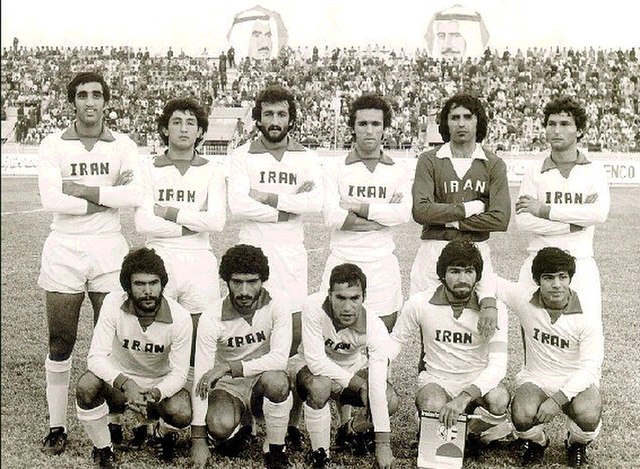 The Role of Sports in Iran’s Protests

Since the murder of Mahsa Amini on the 13th of September, 2022, there have been nonstop protests and demonstrations across Iran. For protesters against the Iranian regime, the consequences have been extreme: concerns over the death penalty, human rights abuses, and harassment from police have all been contentious issues in global discussions. With the regime’s severe internet surveillance and threats to journalists, it’s been extremely difficult to amplify these issues on a global scale. However, by utilising global participation and media coverage in sports culture, Iranian athletes have been reinforcing the need for reform in their country. Their positions on the global stage are integral for international support and attention – but they can just as easily misuse this coverage, or worse, redirect it in support of the Iranian regime. Who these athletes express their solidarity with will have major consequences on the global stage, given the enormous coverage and participation that sports culture brings.

Iran’s participation in the 2022 FIFA World Cup has been extremely controversial. Especially with the protests in Iran, alleged military assistance to Russia, and a photo of the team “smiling and goofing around in a pre-tournament photoshoot,” many campaigners have found issue with the Iranian Team’s participation. The team also met with Iranian President Ebrahim Raisi before leaving for the World Cup, which understandably drew criticism from protesters. Though some players have shown forms of resistance, such as covering up their national team emblem on their jerseys during their game against Senegal, their allegiance has been up for debate.

With the regime’s severe internet surveillance and threats to journalists, it’s been extremely difficult to amplify these issues on a global scale.

Other members of affiliates of the Iranian football team have expressed more explicit forms of resistance, whether that be through boycotting the World Cup, or using social media to show solidarity. Some of the greatest football players in Iran, such as Ali Daei and Ali Karimi, declined to attend the World Cup in Qatar. Sardar Azmoun, one of the star players of the team, refused to celebrate after scoring against Senegal, and stated on his Instagram story, “This is worth sacrificing for one strand of Iranian women’s hair. Shame on you who kill people so easily. Long live Iranian women.” Despite his disapproval of the regime, Azmoun did ultimately represent Iran in the game against Senegal. Of course, anything that these players say puts their lives at stake – but hopefully, these players will show continued solidarity with Iranian women. Utilising the global stage at a time like this could be one way of resisting the regime. Ambiguity around their loyalties – with some actions in favour of the Iranian regime and others against it – may end up harming the Iranian people.

That being said, the team surprised many spectators when they refused to sing the national anthem in its game against England on Monday. According to Aljazeera, football players from England joined their opponents by kneeling in “protest of racism and inequality.” Such an act of solidarity is a step in the right direction – while there is undoubtedly a lot to be done, their refusal to sing caught international media attention and inspired dozens of articles within hours of the screening. This sort of media attention is how to use the global stage for good, but it will take continued and sustained efforts to make it truly impactful.

This sort of media attention is how to use the global stage for good, but it will take continued and sustained efforts to make it truly impactful.

Other teams, such as Iran’s beach football, water polo, and volleyball teams, have also refused to sing the national anthem. In a match against the United Arab Emirates, Iran’s beach football team refused to sing the national anthem, and didn’t celebrate after winning the championship. Additionally, Saeed Piramoon, one of the beach football team members, pretended to cut his hair after scoring a goal, alluding to the demonstrations of women cutting their hair in solidarity with Mahsa Amini. While it’s been reported that Piramoon will face punishment from the Republic of Iran’s Beach Football Committee (FFIRI), it is not yet clear what that will entail. As a male athlete with global recognition, Piramoon is not exempt from punishments from the regime, but has privileges that many citizens do not have. These sorts of gestures are integral when the world is watching.

A week after the beach soccer team refused to sing the national anthem, Iran’s water polo team did the same at the Asian Water Polo Championships in Vietnam. The Iranian volleyball team also joined in the movement before and after winning their championship game in Sarajevo. With the players’ gestures of silence, the Iranian regime has repeatedly threatened to punish athletes who bring politics onto the field. According to Iran International, the government-backed paper Iran Daily threatened the UAE (the hosts of the beach football competition) with “the consequences” of not suppressing anti-regime dissidence. The significance of singing (or not singing) the national anthem is not just targeted at the Iranian regime, but the culture, standards, and abuses they stand for. These actions have been rightfully interpreted as resistance against the regime, but also create solidarity on the basis of sports culture. For any athlete or fan, the common notions of loyalty, teamwork, and dedication, ground the beauty of sports. To violate any of these principles – whether that be on or off the field – could be an offence to anyone watching.

Iranian women athletes deserve special recognition for what they’ve been doing and how much they’re putting at stake. Parmida Ghasemi, an Iranian archer, took off her hijab for the awards ceremony. Although Ghasemi later corrected interpretations in an Instagram post, it did spark a lot of controversy regarding the significance of the mandatory hijab, considering it was the grounds for Mahsa Amini’s murder. Another woman athlete, climber Elnaz Rekabi, competed in the Asian Sport Climbing Championships in Seoul without her hijab on. Her decision to do so has resulted in her absence from social media, and concerns over her safety. When she returns to Iran, she also risks imprisonment, fines, and extreme punishment.

Since the protests around Mahsa Amini clearly derive from gender-based harassment and subordination, female athletes do not have to do much to seem rebellious and incur extreme punishment.

The unfortunate but important difference between men and women athletes’ actions of resistance puts them at different risks. Since the protests around Mahsa Amini clearly derive from gender-based harassment and subordination, female athletes do not have to do much to seem rebellious and incur extreme punishment. Whether that be an improper uniform, or a purposeful or accidental removal of the hijab, Iranian women athletes risk their lives for their profession, whether they intend to or not. The privilege of competing alone is something afforded to only a few people.

As the protests continue on in Iran, the bravery and solidarity of these athletes should be commended and taken seriously. Whether that be for the players involved or fans from home, sports are a great way to build community, compassion, and character. Sports culture attracts people from all areas of the world, with varying levels of knowledge on international politics or the situation in Iran. While there have always been debates over the incorporation of politics in sports, this should not even be up to contention when lives are at stake. The global stage is as much a political tool as an educational one, and Iranian athletes deserve to use it as such.