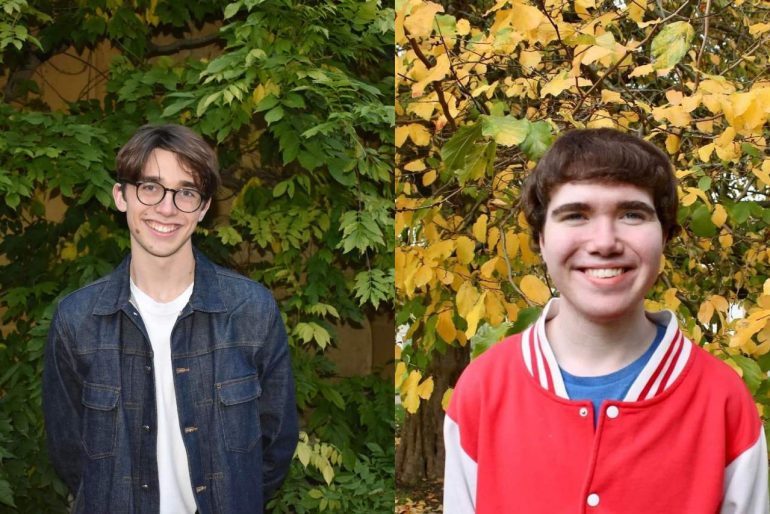 7th week in the Oxford Union means election week. The last couple of weeks have been turbulent times in the Union, to say the least. A myriad of resignations and news stories have led to a society which feels deeply divided in many ways. Amidst this background of uncertainty, I sat down with the two presidential candidates to chat about their campaigns. 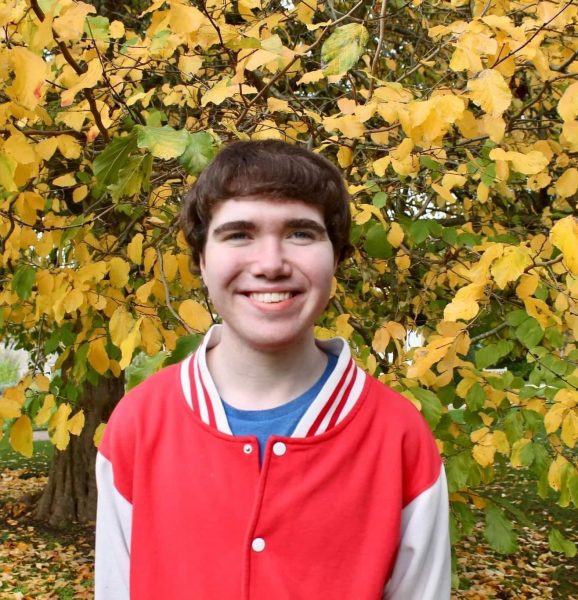 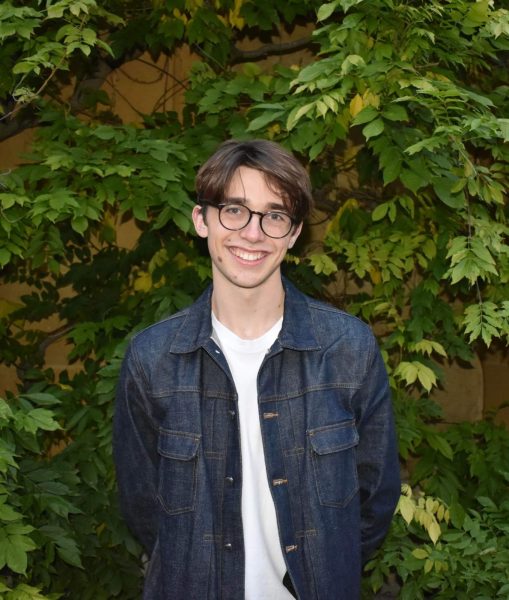 What is your biggest contribution to the Union?

DD: My biggest contribution in my current position is to manage the speaker events for the term. For instance, I got AJ Tracey to come along this term for a speaker event, which I think a lot of members enjoyed. I also played a leading role on the Union’s equality and diversity review this year. I introduced special support systems for the disabled members of the Union committee, because under the Equality Act they’re entitled to reasonable adjustments. Given that I’m disabled myself and I don’t think there are many disabled individuals on the committee, it’s important to [provide] a platform to all perspectives.

MD: I think probably my biggest contribution is the ball this term. That was something that, whatever happens on Friday, I can be very proud of. I think generally in terms of broader [things], my biggest contribution is being someone who really cares about creating an environment where we can have really good debates and where people are being challenged rather than just platforming people. The biggest singular thing I can point to is [a] culture of caring for everyone on the committee.

What would make you a good president?

DD: I think ultimately it’s the experience that I’ve had having served in the Union now for six terms in a range of roles, including having been Disabilities Officer. I’ve also done lots of other things outside of my role in the Union. For instance, in Magdalen, I actually reformed their non-academic disciplinary procedure, including cases of sexual violence, to try and provide judgments within 28 days. The biggest change I’d like to enact in my term is to actually launch a Union outreach program. At the moment we facilitate some state school visits, but I’d be really, really keen to launch a program of outreach events to use [the] Union’s resources for the social good. I was on UNIQ in 2019, [and] I actually attended the Union. The Union was one of the reasons why I came to Oxford. I found it to be really, really profound and transformative.

MD: I think it’s the clarity of the vision I have for the presidency, [which] I’m very confident in. The main thing I pledge is how we can make union events more engaging again. My biggest idea about this is to have the dispatch boxes, which we have in debates, also there at speaker events to allow [people who have questions] to come down like a metre apart from the speaker, ask them the question, and then get an instant right to reply, which I think would create something far more exciting for every member.

I’m pretty confident that that system will allow these speakers to be properly challenged, which will then also mean that the Union can move away from scandals into positive press and into doing something good for society by getting the brightest students in Oxford to debunk the views of, or just challenge, politicians and hold them to account. I think that’s kind of what the Union’s for. And so I think the biggest reason that people should vote for me on Friday is because they want to see that kind of Union. I’ve fulfilled more pledges than any other candidate. I have a track record of doing what I say I’m going to do rather than just promising big, airy, fluffy things. I think that if you’re voting for me, you can be confident that I’ve got a clear idea of how to make the place better.

What sets you apart from your opponent?

DD: That’s quite a cheeky question! I mean ultimately in my opinion, I have served on the Union committee for far longer. I’ve done far more for the days of work for the Union. I’ve got more speakers to come to the Union. I’ve served on Access for more terms. I’ve been involved in more membership drives and fundraising as well. So obviously I think what sets me apart is partly my range of experiences, having served initially as a disabilities officer, and then working my way right up to now being the Librarian.

I’ve [also] got stronger experience outside of the Union, [which] I think is really crucial, because it means that I have, in my opinion, a broad range of experiences that would set me up.

MD: I think what sets me apart is the vision that I’ve just told you about. I think the other thing which sets me apart from Daniel is just that the Union’s the only thing I’ve done since being in Oxford. I have a lot of respect for all of the many brilliant things he’s done. But I think I have a hundred percent commitment to the Union.

What is your approach to student press? What would you do to commit to transparency and accountability as President?

DD: I think it’s legitimate. Ultimately they are providing a function for students in Oxford and that is how I always approach them – I try to engage with them as much as possible. It’s certainly not appropriate for me to provide a running commentary in the press. My first responsibility is to the members and they should be coming to meetings, holding me to account. My principle [is] acknowledging the legitimacy of the student press [and] acknowledging the fact that being President of the Oxford Union is a position of responsibility.

What comment would you make about the claim that the Union prioritises politics and personal electoral success over debating and speaker events?

DD: I believe certainly at the moment, the Union is generally populated by those who are politically minded. My focus is ultimately always on the members. I’ve tried to focus on issues that I feel are really important every term that I’ve been on committee – some of the things like introducing specialist support, assistant board members of the committee, trying to make vacation work more flexible for committee members. These are things that are really important to me, I want to make the Union safe and accessible and obviously [these things] are my priorities over politics. I’ve tried to stay out of the politics as best as possible and honestly again, my focus should always be serving the members, rather than anything else.

MD: I think that for me, my priority is very much to do the most for the members. The members joined the society, not because they really want a lot of electoral drama and to facilitate people climbing up a greasy pole, but because they want to see good events. I think that if the Union has fallen short on these things, that it’s a culture in the Union that I definitely seek to change. Elections should be something you have to do to prove that your ideas are good and that you’ll do a good thing for the job. I think that the way I’ve campaigned this term has been reflective of that – I haven’t involved myself in a clash of personalities in any candidate, but rather kept very factual to what I’m bringing to the table. People get membership not to get hacked, but they get membership to catch great events.

If you make a serious mistake as President, would you resign?

DD: I think it depends on what the mistake is. Ultimately, if I made a mistake, the first thing I’m going to be doing is consulting my team. Obviously I need to hold the confidence of my team to be able to serve in my office. Also, I’d be speaking to the staff, to try and get different perspectives on what the most appropriate way forward is. Ultimately, I want to try and solve issues and to take responsibility. But I do listen to members’ feedback and take it incredibly seriously. Honestly, if it was an incredibly serious mistake and that confidence was not present and I was not able to rebuild trust, I’d certainly consider resignation, if that is the most appropriate step.

MD: Yeah. If I did something that I believe goes against the mandate for why I got elected, I would absolutely resign. I think that that’s the right thing for any President to do. I think when a President has lost the confidence of the members and their committee, people will start talking about trying to impeach people or hold vote of no confidence – that’s what makes the Union a really toxic place, where people who feel that they are no longer able to serve under someone because of a serious mistake they’ve made. So if I did something which went against the values that I’ve stood by in my election and against the kind of culture I was trying to promote, I would absolutely resign.

DD: I suppose from a personal perspective, I would just say that I’m very thankful for this opportunity. I know it will sound insincere, but genuinely –  I am the first in my immediate family to go to university. I have a disability. I went to a state comprehensive school. All of those things made my journey to Oxford more difficult and it genuinely is surreal at points. Whatever happens, I hope I’ll learn from this experience. Ultimately, if you have confidence in me, please go and vote.

MD: I think the passing words I’d say to anyone who feels inclined to go and vote, is just to think what do you care about in the union and which candidate has put forward a plan that you most agree with and has a track record of getting things done. I think depending on your views, that’s a rationale which either myself or Dan could get votes on, but I think that’s just the way elections should be conducted.

The Oxford Union election is on Friday of 7th Week (November 25th) Members will be able to vote in the Union from 8.30am to 9pm.

Answers have been edited for clarity.

With additional reporting from Jason Chau