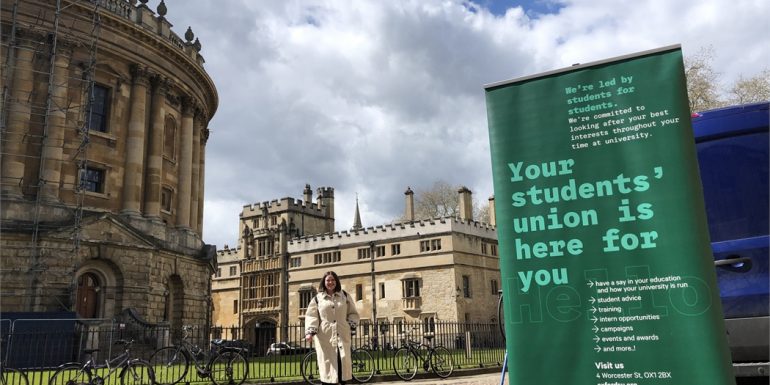 Exclusive: How Oxford SU lost £400k in the past 5 years

Oxford SU has consistently made a loss in the last five financial years, from 2016-17 to 2020-21, The Oxford Student can exclusively reveal. 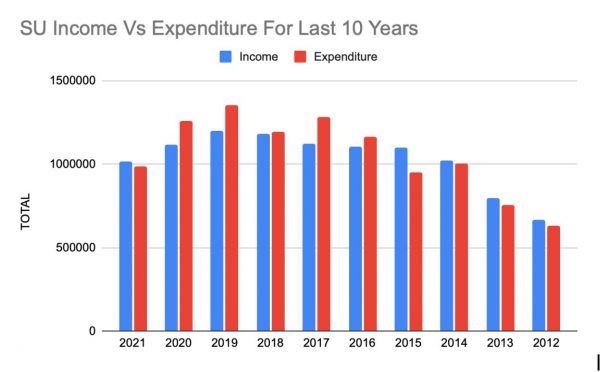 Since 2014, Oxford SU has made over £1m in income on an annual basis, including a record high year of £1,196,822 in 2019. This income is primarily made up of ‘Donations’ which includes a grant from the University and the Conference of Colleges. Over the past 10 years, this accounts for an average of 73% of the SU’s annual income.

The second biggest income source is the SU’s commercial activity, which makes up an average of 24% of the SU’s income over the past 10 years. This includes sponsorship deals, partnerships, advertisements and more. The other fraction of income includes ‘infrastructure support in kind’, ‘welfare’ and ‘other income’.

From July 2012 to July 2019, Oxford SU saw an increase in income on an annual basis with a 79% increase as a whole. This slightly dipped in 2020 and 2021, with a sharp fall in commercial income. The SU budget income as a whole over the last 10 years can be seen below. 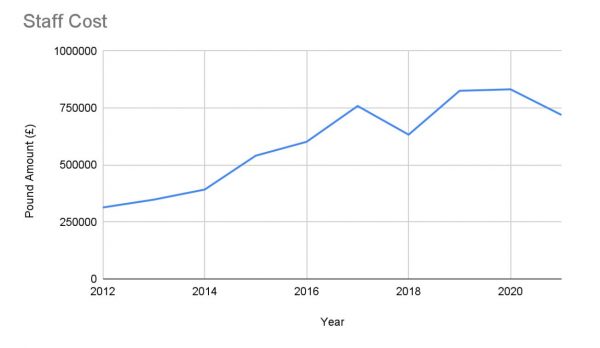 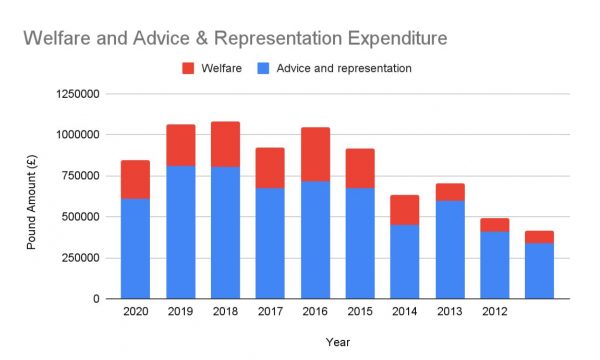 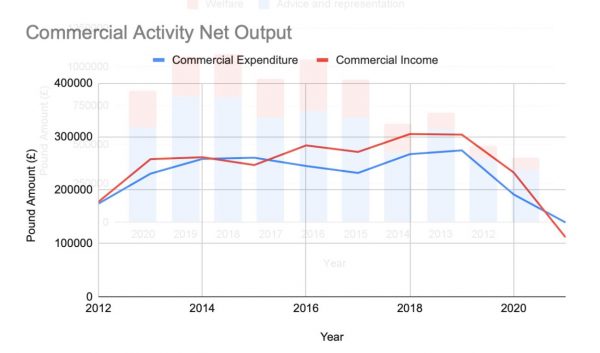 On the whole, students have in the past been generally critical of SU spending. Peter Denton, a finalist at Corpus Christi college, wrote in The Oxford Student last year, “Oxford SU spends most of its time (and so money paying people for their time) on staff-intensive work, like activism, meeting with University staff, and providing informational resources, rather than running social events, funding societies and sports clubs, and providing cheap booze…This means much effort may be devoted to causes without results.”

Additionally, when Oxford SU spent £17k+ for its rebrand in 2017 after previously being referred to as OUSU, students were also critical of the spending here, calling it an  “absolutely obscene” “vanity exercise”.

In fact one student told Cherwell, “I understand the need to modernise and remain accessible, but is this really the wisest use of such a large sum of money? I can’t believe that an amount equivalent to two years worth of one student’s fees couldn’t have been better spent on, say, mental health care provision, or outreach work to underrepresented communities.”

Reforming finances also tends to be something that students running for trusteeship of the organisation tend to pledge in their manifestos, highlighting it as a problem and priority for change. In this year’s cohort of Student Trustees, two out of three made this an emphasis, pledging to ‘review union finances’ and ‘use money in student-centred ways’.

Generally as well, SU satisfaction also remains low in line with statistics across the country. In the 2016 National Student Survey, only 34% of Oxford students said they were satisfied with their Student Union.

Oxford SU and the Chairs of Trustee Board who signed the aforementioned accounts from 2011/12 to 2020/21 have been contacted for comment.