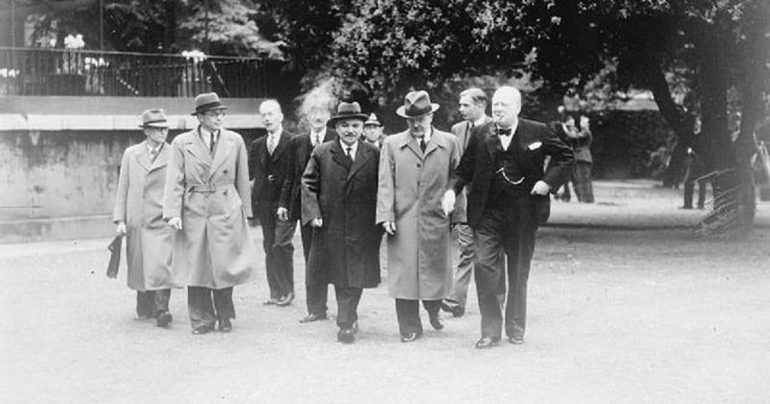 Why you should befriend your political opponents

We live in politically polarised times. And there is no shortage of literature attempting to diagnose or prescribe for our supposed ‘present malaise’. Much has recently been written on the rise of populism, tribalism or even dare I say a supposed ‘culture war’. So, anybody wanting to write about these topics must first think ‘what more can be said?’ to find the things that need saying but haven’t already been said.

It has become almost a cliche to argue or point out that our polarised political culture is partly fuelled by our algorithmic based exposure to online content, news and views which feed on and perpetuate our biases. But this makes it more important than ever before to actively try to break out of our bubbles and see the world differently. To see the bigger picture, we will have to leave the echo chambers which inevitably form around us. The social media platforms we use have become the gatekeepers of our access. And they have a material interest in keeping us hooked, validated and even sometimes outraged by exposing us to the most extreme and almost caricatured form of the views we dislike. In an attention economy, the arduously detailed, nuanced and well-researched ‘long reads’ don’t seem to sell much.

Yet one of the easiest ways to break out of echo chambers is through in person friendships. Friendships become an important part of our lives particularly in residential universities when thousands of us live away from families for parts of the year. ‘Friends are the family we choose for ourselves’, a famous saying claims. Some even have gone as far as suggesting that we become the average of the five people we spend most of our time with, and at university those will be our friends. Either way, it is undeniable that the company we keep matters enormously.

Yet even in friendships we are likely to associate with people we already have things in common. Rarely do people actively seek out difference, as much as we’d like to think of ourselves as good pluralists and committed supporters of diversity. People tend to feel at ease with those who reflect parts of themselves and validate their ways. It might not be terribly generalising to assume that people don’t like the company of their critics. But I aim to argue that we must become friends with people we politically disagree with not despite our differences but sometimes because of them.

There is an argument on the supposed morality of ‘friendships’ with the ‘other side’, whichever that side may be. Some may argue that a person’s politics is a deep reflection of who they are as a person. That politics is about morality and a clear vision of right and wrong. I would argue that those arguments neglect the fact that people arrive at different political conclusions through the inevitable differences in life experience. And that sometimes a clear vision of right and wrong neglects the moral dilemmas, the trade-offs that have to be made in politics and the fundamental problem of resource allocation within societies. We can (and indeed we must) disagree with one another on issues of public policy and how best we think resources should be allocated and societies organised. But I think we can only do that effectively in a tolerant, liberal society if we all operate on the assumption that we all want the best for each other but only disagree on the means. What we need is more empathy and benefit of the doubt.

I appreciate that the argument above may sound naive or overly optimistic. But I am prepared to die on the hill (only metaphorically of course) of defending the assumption that most people are fundamentally decent. I’d defend the view that most people want the best for not only themselves, but their families and their communities. It is only, at least in my view, the difference in our life experiences that lead us to different assumptions of what is wrong and what needs doing. It is not, or at least I don’t think, a matter of some people not having read the right books, or worse having read the wrong ones, and that they have consequently arrived at the wrong conclusions. We may not always find friends and allies by providing people with a reading list of canonical texts and telling them ‘educate yourself’. That would assume that people can only reach the same conclusions, our conclusions, after having read the same stuff. We may, however, learn a few things by listening to others. Even if we still remain convinced that they are wrong and we are right. But we would have at least got a better understanding of why people think what they think and where they may come from. We may even be reminded of the most important and often neglected insight of all, that our political opponents are in the end human beings…

In practical politics, there is a clear example of how cross-party friendships can be more beneficial than blind tribalism. There is even a whisper in the corridors of Westminster. It was a whisper loud enough even for me to hear it on my one afternoon visit to Portcullis House. I heard from a researcher that a backbench MP who develops personal and working relationships with ministers is more likely to receive better support for their constituency than one who unfailingly attacks the government on tribal grounds. One may even argue that to do opposition for opposition’s sake leads to defensive tit for tat, squandering any potential for cross party collaboration.

This brings us back to the subject of friendship. Since social media companies only seem to show us ‘more of what we want’ and since our friend circles seem to organically form around similarities in taste, background, and personalities, then our only hope seems to be to try to make new friends. To break out of these well-padded echo chambers we seem to find ourselves in is to try to make new friends, and specifically those slightly different to us. We can only nurture and strengthen our instincts for empathy through embracing difference and by renewing our commitment to pluralism and diversity. And the universities we are lucky enough to attend are the perfect opportunities. They are perhaps the once of a lifetime opportunity to interact with people from as many different backgrounds and walks of life as possible from not only around the country but all around the world. It’d be a huge pity, or at least I think, if these few years flew past us without us exposing ourselves to this wonderfully magical diversity and stayed insulated in our bubbles which only validated who we’ve already become.

And to escape that tragedy, we would need more friendships, more diversity and more empathy, not less.