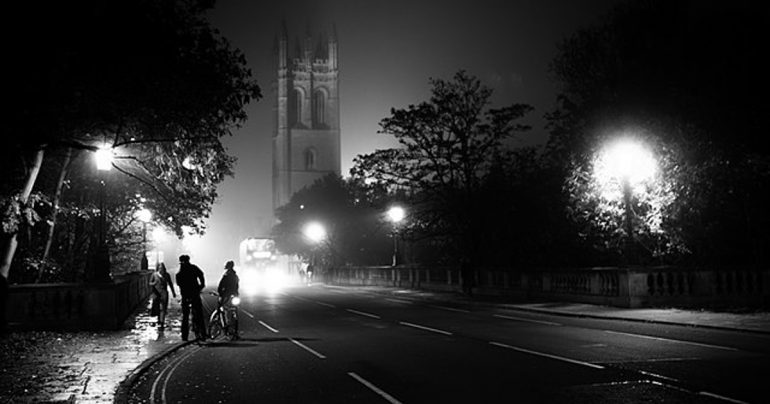 Opportunism and Falseness at Oxford: A Satirical Perspective

A good friend recently said to me that anger is a good motivator and that often it can help fuel interesting discussion on a topic. Recently, I have become increasingly jaded and frustrated with my experience at this Uni and living in this city. I am slowly becoming a caricature of someone who moves to a wealthier town and finds themselves idealising a home which they used to treat as a prison. So as I enter my rebel phase, or my Reputation era as some may say, and as our glorious Union enters another hacking season, the target of my anger and frustration is opportunism and falseness.

I couldn’t think of a word that summed up what I was trying to describe any more aptly; the English language lets me down once again by not letting me voice the anger and charged emotions I wish to. But to give you a better understanding of what I mean, I’ll paint a picture, and if it sounds like I’m talking about you then I probably am.

You study a humanity with a very limited workload, let’s say history as it’s my own subject. Despite its limited workload you still find yourself struggling to meet deadlines or attend tutorials. It’s probably because the night your essay was due in, not only had you not done any of the reading, but you were otherwise engaged. After all, someone has to take the minutes in a Union Emergency Debate. When you’re not at the Union drinking, hacking, or pretending to care about whatever debate you’re at, you’re probably with one of your other societies. You’re part of something like the Oxford University Nietsche Appreciation Society (doesn’t exist but it easily could) and having never read Thus Spoke Zarathustra, or even watched a YouTube video explaining it like everyone else there has, you gush forth a flurry of vaguely profound words until you can finally tell them all that you’re running for standing committee of the Oxford Union. You also are the founder of a society created for the exclusive purpose of hacking whilst also trying to uphold the act of being human, lets say its called something like OxPret, and you have socials in a different Pret each time, during which you casually slip to those poor unsuspecting people that you’re actually in the Union and running for standing committee, quipping that you’re doing it so that you don’t have to sit down any more.

But to give you a better understanding of what I mean, I’ll paint a picture, and if it sounds like I’m talking about you then I probably am.

What depresses me more than anything is that while I’m obviously caricaturing a type of person, I know of many people to which this kind of description could easily be applied to. For the most part, it’s all in the hope that these people can finally make it to the top of the only institution they really care about, and that’s the Union. They’ll tell you that they have a passion for debating and love the history of the institution, but in reality they’re hoping they can get their safe seat out of it when it comes time to apply to the party central office. For many people at this University, a CV is all they really care about, and they’ll do anything, even betraying a close friend or lying about their support for a candidate, just to achieve something notable for their CV.

… and they’ll do anything, even betraying a close friend or lying about their support for a candidate, just to achieve something notable for their CV.

You may say over bated breath at me calling you out, that I chose this Uni for the same reason as them and that everyone chooses to study here for the clout and in the hope of getting a good job out of it. You may also say that I knew what I was getting myself into as well. To both of these I counter that unlike many private school kids, I had no one to tell me what this place would be like before I applied. In addition, I can truly say that I applied out of a genuine love for my subject, history. While others pretend, I have a genuine passion for the history of this place and it’s the exact reason I chose to study at Exeter College; 700 years old and once populated by a fascinating list of alumni, with many buildings designed by Gilbert Scott and used as set pieces in films and tv shows. However, I am not on trial here and while I accept some flaws in my decision-making, especially in the past when I was even more of a gullible imbecile, I can still claim a moral high ground.

… I realise now more than ever that this University is both an amazing and a terrible place.

As I wrap up my argument and begin to calm down, I realise now more than ever that this University is both an amazing and a terrible place. Whilst it often does come with the warning sign about academic commitment, the warning sign that is missing should be pinned onto the chest of many of its inhabitants; the ruthless opportunists. The ones who do things without any passion or desire other than self-promotion; lifeless zombies constantly striving for their goal. In a literary analogy, I will liken these people to Robert Walton from Frankenstein, himself a loose likeness of the Ancient Mariner from Coleridge’s magnum opus. Walton sets out on a voyage to discover the North Pole by boat, a task which isolates him from those who love and care for him. As he surrounds himself with strangers whose company he increasingly despises and his ship is caught by ice, he finally begins to realise his own foolishness. He lets ambition and opportunism dictate his decisions and soon begins to regret everything. While he achieves salvation, he can never reverse his decision and has to live with the knowledge of having failed.