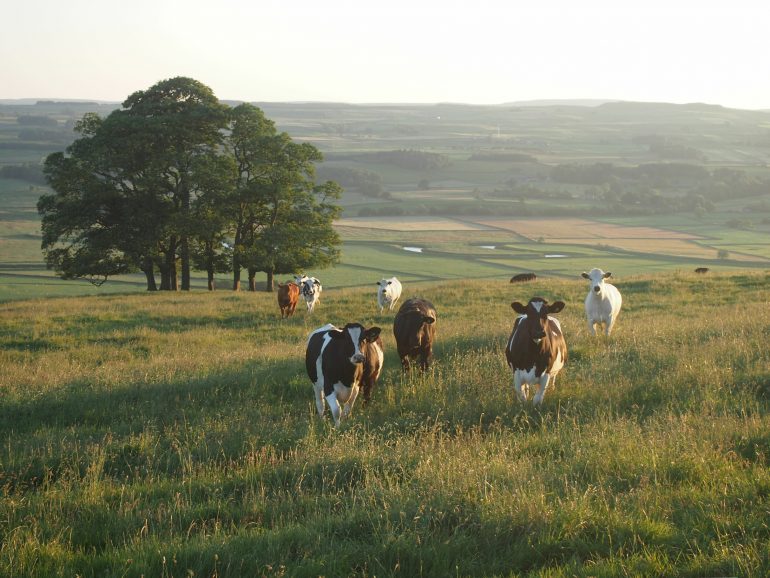 Is ‘Nature’ an Acceptable Moral Standard?

Human history could be characterised as one giant attempt to escape the ravages of the natural world. We have built houses to shelter from the elements, tamed the bounties of the earth with agriculture, and through medicine our ingenuity has allowed our lives to be extended far beyond what was imaginable in prehistoric times. We have even revolted against the ‘natural’ function of the market mechanism, providing security and shelter to those otherwise in danger of going without.

Given the striking absence of ‘nature’ in the moral structure of human society, I find the traction gathered by the extreme organicist ‘rewilding’ movement presents an interesting juxtaposition. Sparked by Isabella Tree’s Wilding, a book documenting the rewilding experiment on the Knepp estate, farms all over England are now being taken completely out of production and left to become unmanaged wildlands, supposedly for the benefit of the climate and the wildlife living on them. The National Trust, for example, is ending tenancy agreements on its property, while carbon-offsetting initiatives see companies buying up land for the same purposes.

Interestingly, vegan activists have also endorsed this, with Earthling Ed saying we should ‘pay farmers to restore, reforest and rewild their farmland’ where consumable crops can’t be grown. Even where human management is deemed unconscionable, ‘nature’ is championed as a preferable alternative. The idea that land be taken completely out of production is to return it to a state of non-management not seen since before the Iron Age in the UK, which at first glance is concerning given we have many millions more mouths to feed than before the Romans first visited the island.

Tree’s Wilding is a deeply triumphalist work (the only apparent mistakes made during the experimental wilding of Knepp were either a product of government intervention or a lack of public funding), but does offer some insights into the condition of animals existing outside human management. The wild cattle, integral to the ecosystem, and subject to Tree’s ‘non-interventionist ethos’ meaning ‘heifers [young female cows] sometimes as young as six or seven months old were being covered by bulls. There was a risk that a heifer might gestate a comparatively large calf and her immaturity could lead to problems giving birth’.

Understandably, Tree uses careful language here. ‘Covered’ is a delicate way of describing an immature female being impregnated by a grown male and then being ripped apart from the inside by her calf. This is invariably fatal for the calf, and often the mother too. But Tree reassures the reader: ‘we had two such calving problems in a herd of 50 cows and heifers over eight years – very little in the scheme of things.’ To anyone with shred of empathy, the fact this happened at all, never mind twice, is unconscionable. Animals, like people, deserve to be protected from unnecessary harm when possible. Fortunately, management of herds on conventional farms makes events like this virtually unheard of.

Thankfully, DEFRA intervened, separating the bulls and heifers at Knepp. But the condition of the animals more broadly is still cause for concern. The first spring, Tree observed ‘the cows had lost a little weight – to be expected over winter – but browsing heavily on twigs and vegetation they were robust and healthy… [they had] no calving problems, other than one accident – a calf born beside the river, had fallen in and drowned.’ This preventable death of a new-born serves to illustrate my previous point.

Cows do not eat twigs by choice. They are ruminant animals (‘primarily grazers’ as Tree herself states), meaning they eat grass. Resorting to eating twigs implies a state of desperation, as does the fact they lost weight. If a human was made to stay outside in the elements all winter and lost weight, surviving only by eating tree bark it would clearly be a case of neglect. These cows were starved – losing weight through scarcity of food is not a pleasant experience.

Like humans, cows are fond of shelter. In wind and rain, they shelter by hedges and under trees. In winter, they like to be tucked away in their warm sheds with their friends, with food brought to them. There is a video on the Tom Pemberton’s YouTube channel that demonstrates this, entitled ‘Can this be the future of dairy farming?’ The cows featured are able to graze outside 18 hours a day, perusing the fields for grass to eat. But as soon as food is put in their shed, the cows eagerly rush inside, much preferring grass to be dumped in front of them. You can see how keen they are, all lining up within a minute. While proponents of rewilding might consider it proper that animals be kept freezing and underfed outside during the worst months of the year, it is clear the cows would rather be in the comfort of a shed.

I write this as I fear people do not realise just how extreme the organicist philosophy behind rewilding is. At their most moderate, organicist principles undermine our food supply. With the help of artificial fertilisers, our population has swollen far beyond what organic agriculture can support. The recent Sri Lankan fertiliser ban and subsequent catastrophe attest to this. But at this extreme, all pretence of agriculture is lost entirely. The condition of the soil (which scientific agriculture necessarily protects, to maintain yields) and trees is championed not only over the human need for food but also above the wellbeing of the animals that reside upon it. That our government is criticised for failing to keep people warm and fed during the cost-of-living crisis indicates a widely-held belief that people deserve shelter. Why, then, should we not provide other empathetic animals, like cows, with similar protections?

The ’natural’ is not an adequate answer. Beyond the fact that ‘natural’ management essentially amounts to turning a blind eye to neglect, as the previous examples demonstrate, it is also impossible to recreate natural habitats for grazing animals where human civilisation exists. Grazing animals can only survive winters unsupported if they can browse over huge areas, which isn’t possible in the UK due to settlements and roads. The Oostvaardersplassen park in the Netherlands (an inspiration for Tree) has a perimeter fence preventing starving animals migrating elsewhere. After a particularly harsh winter in 2005, public outcry over the mass starvation led to a culling. In the winter of 2017-18, 3,300 large grazing animals were saved from starvation … with bullets.

This is wasteful. Animals with economic value, as these culled grazers once had, can be afforded a reasonable standard of living. We can provide them shelter, food, warmth, freedom to socialise and veterinary treatment, much as we do for people. But to subject them to a spartan existence in the name of ‘nature’ before shooting them is barbaric.

Is it ethical to use the slaughter value of animals to guarantee them a standard of living? This too raises prickly implications. But it remains, ‘nature’ should not be considered a justification for the neglect of animals, as it invariably leads to preventable suffering. I mean, would you forego all comfort and medical care to be ‘wild’?