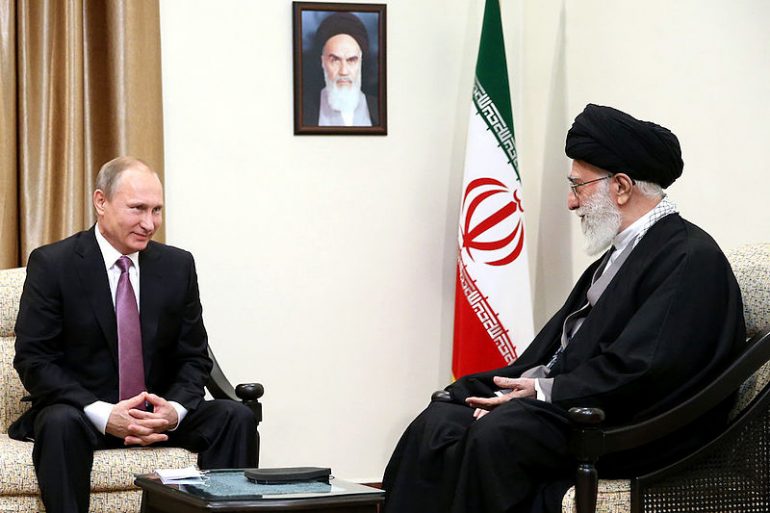 Executing protesters: How the Iranian dictatorship took crackdown to a new level

On Thursday 8th December, the Iranian authorities confirmed the execution of one of the arrested protesters which they had charged with “enmity with God” or “Moharebeh”. The 23-year-old Mohsen Shekari was accused of having blocked a road in Tehran during a protest and of having injured a member of the paramilitary force, Basij. He was one of the thousands arrested by the authorities as they attempt to crack down on anti-regime unrest. The protests which are the longest-running yet under the Islamic republic began in the middle of September after Mahsa Amini, a 22-year-old Kurdish woman, died in police custody for being arrested for ‘improper hijab’. Shekari was one of a few so far to have been sentenced to death and the first to be executed. His arrest, trial, and execution took less than two and a half months. Reportedly, he was denied access to a lawyer of his choice throughout his interrogation and the legal proceedings. He was tried and sentenced under circumstances that could safely be described as a show trial with chilling 20th-century connotations.

Shekari’s hanging by the authorities further provoked the anger of many Iranians who took to the streets in the evening, chanting about injustice and revenge. Later a video of a woman confronting a member of parliament out in the public went viral. The video shows her heckling the smiling MP with cries of “Shame on you!” angrily adding “you have spilled innocent blood and now laughing about it”. On Sunday 11th December, a theologian close to the Iranian regime and Iran’s former Attorney General, Ayatollah Moghtadai commented publicly (in an unprecedented turn) which cast doubts on the theological validity of the recent execution. Moghtadai was asked to define “Moharebeh” as a concept and he apparently explained that, according to the Islamic penal code, not all those charged with “enmity with God” can necessarily be sentenced to death. He later added that “those who had not killed others (which would apply to the newly executed Shekari) may be ‘Moharebs’ but shouldn’t be executed”.

He was tried and sentenced under circumstances that could safely be described as a show trial with chilling 20th-century connotations.

Though Mohsen Shekari was the first protester to be executed by the Iranian regime, but he was not the last. Less than a week later on Monday 12th December, a second protester ‘convicted’ of the same charge of ‘enmity with God’ was hanged by the authorities. This time the 23-year-old Majidreza Rahnavard was executed in public in the northeastern city of Mashhad. He was hanged only 23 days after his arrest. Therefore it isn’t too difficult to speculate that the brutal occasion was used by the regime to make an example of a “rioter” who was accused of having stabbed two members of the Basij paramilitary during a protest. At the time of writing, at least nine others have been placed on death row, one as young as 19 years old. All of them have been convicted in sham televised trials with vague theological charges such as “enmity with God” or “spreading corruption on earth”. It is highly probable that by the time you read this article, more protesters have been executed by the Islamic Republic.

This is not the first time the Islamic Republic has used show trials. It did so after the crackdown on the nationwide anti-government protests in 2009. Then just like now many were tortured in prisons into signing their confessions and reading from them on live television. Incidentally, they were read in front of the same notorious judge who sentenced Nazanin Zaghari-Ratcliffe to years in prison on trumped-up spying charges. According to Amnesty International, these courts “operate under the influence of security and intelligence forces to impose harsh sentences following grossly unfair trials marked by summary and predominantly secret processes”. The televised trials of those the regime deems “rioters instigated by foreign powers” are used to instill fear in the hearts and minds of those who would have previously felt brave enough to take to the streets and express dissent. The Islamic Republic is now gambling on its ability to scare its people into submission. To restore order through fear. Their gamble may pay off or it may backfire.

It is highly probable that by the time you read this article, more protesters have been executed by the Islamic Republic.

The theocratic regime which has ruled Iran since 1979 has based its legal system on its particular interpretations of Shia Muslim theology. Its judiciary, far from being independent, has its head appointed by the regime’s ‘supreme’ leader. The octogenarian ‘Ayatollah’ Khamenei, is an uncompromising cleric who has ruled Iran since 1989, replacing the Islamic Republic’s founder who himself took over the reins after the revolution in 1979.

Perhaps having lived and ruled through the collapse of the Soviet Union on Iran’s northern borders, Khamenei has become convinced that his regime would collapse if he makes any concessions to those demanding reforms and further liberalisation. A few days before the first execution, Khamenei spoke out in public on how he thought his regime should respond to a “small group of rioters”. He used an analogy that may be deeply revealing of the kind of harsh crackdown he envisages. He explained that “in the old days, sometimes doctors used to heat up a piece of iron in the fire and place it on wounds for them to heal”. He must have been referring to quack doctors trained in pseudo-science before the advent of modern medicine. Yet like the medieval quack doctors, Khamenei seems to admire, he might be on the verge of making a terrible situation even worse, proscribing bloodletting for an already ailing body politic.

It has exhausted any potential for internal and incremental reform. It has been isolated from the world, now only seeking refuge in alliance with Putin’s Russia

For now, the Iranian dictatorship seems to believe that it can scare protesting Iranians back to submission, like in previous rounds. The regime faced off civil unrest in 1999, 2009, 2017, and between 2018 and 2019 with brutal crackdowns. Yet the Islamic Republic and its leader is now the least popular it’s ever been, with the lowest-ever turnout in its elections. It has exhausted any potential for internal and incremental reform. It has been isolated from the world, now only seeking refuge in alliance with Putin’s Russia, supplying it with drones in its invasion of Ukraine. It has purged the reformists who had partly been discredited in the eyes of millions through their own timidity. Now the regime finds itself alone, cornered. Seeking to fight its way out of the present ‘crisis’ by doubling down on brutality. Yet it forgets that in the arithmetic of counterinsurgency, disproportionate killings do not subtract from a regime’s opponents but in fact add to them. With every execution and by aggrieving more families, the Islamic Republic recruits more supporters for its opposition.