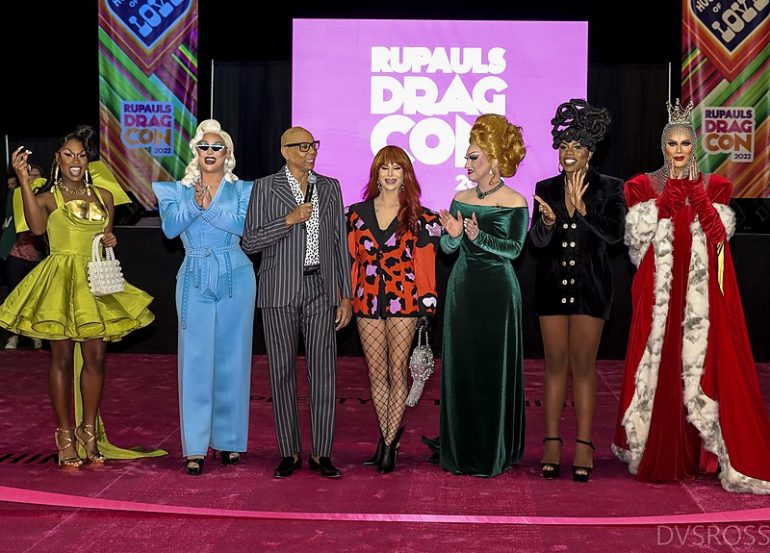 Everybody has different ways of getting through the intense Oxford term. Some might treat themselves to an ice cream after finishing an essay, others might disappear into a nightclub until the early hours of the morning. My weekly pick-me-up has been tuning into BBC Three on a Thursday evening for some high-quality and high camp entertainment.

RuPaul’s Drag Race UK is the BAFTA-nominated British version of the Emmy-winning American reality competition series which sees drag queens battling it out to make it to the top and win the crown. In America they also win a substantial cash prize but BBC rules mean that the Brit winners receive a paltry web show as a reward. Them’s the breaks when you’re publicly funded.

The show is judged by its namesake, drag icon RuPaul, alongside Michelle Visage (best known in the UK for appearing on Strictly and Celebrity Big Brother) and UK icons Graham Norton and Alan Carr. Since Drag Race UK’s fourth series is rapidly approaching its conclusion, it felt like high time for a retrospective on an action-packed instalment of the beloved franchise.

The magic of Drag Race UK has always been its casting. Producers are able to pick the shining stars of the British drag scene and fashion them into even bigger stars, complete with memorable catch phrases and iconic outfits. This year’s series has been no different. The show’s finalists are Black Peppa, a Birmingham queen originally from the Caribbean and the drag daughter of Drag Race royalty Mo Heart; Cheddar Gorgeous, a drag icon from Manchester who is the first Drag Race contestant to hold a doctoral degree; Danny Beard, a Liverpool legend who recently performed to a packed crowd at the Jolly Farmers in Oxford; and Jonbers Blonde from Belfast who has performed with the likes of Sam Smith, Nadine Coyle, and Melanie C.

Other notable queens on this series include Baby from South London, who quit the competition to focus on her own mental health; Sussex’s Dakota Schiffer, the first trans woman to compete on Drag Race UK; and Starlet, originally from South Africa, who had one of her outfits dubbed one of the best the show has ever seen by RuPaul herself.

The on-screen icons don’t stop there. Drag Race UK has previously seen the likes of Andrew Garfield, Dawn French and Matt Lucas join the panel, but series 4 might take the cake in terms of guest judges. This Morning presenter and all-around icon Alison Hammond, Ted Lasso star Hannah Waddingham and Dame Joanna Lumley are just a few of the big names who have graced the Drag Race stage this year.

Individual moments of television mastery are what make Drag Race memorable, and this series has certainly not lacked in that department. Whether it’s Black Peppa and Danny Beard’s rival Mr. Blobbys for the BBC centenary runway, Manchester mannequin Sminty Drop forgetting the words to her own song verse, Brighton curse breaker Pixie Polite’s hauntingly accurate Kim Woodburn impression or first boot Just May’s final words on the runway (“get f*cked”), the magic of the show always comes when you least expect it.

UK drag is not as renowned for fashion as its American counterpart but that didn’t stop the queens of series 4 from strutting their stuff in supremely stunning looks. Black Peppa took the win in the first challenge for her delectable Cadburys-inspired gown, complete with a sculpted chocolate headpiece. The next week, Cheddar Gorgeous dazzled the judges with her neon fungi fashion before Baby and Dakota snatched the third challenge win with their complementary self-made outfits. Sminty made a statement with her elegant moth-inspired outfit before sashaying away, and the next week Danny Beard tore the roof off the runway with an extravagant and camp homage to Little Shop of Horrors. Le Fil’s high fashion for the tickled pink category made her elimination in the same episode all the more heartbreaking, but Cheddar’s tender message on the runway about HIV helped her snatch the win for Snatch Game. There have been many other important statements made through fashion this series, ranging from Jonbers’ artistic take on the importance of drag to Copper Topp’s runway reclamation of slurs used against her in the past. Seeing these queens translate their artistry into the high standard of fashion the show calls for is very rewarding.

But that doesn’t mean everything is perfect. Some fans have derided the fourth series for feeling more predictable than previous years and the poor quality of its challenges. Finalists Cheddar and Danny are so far ahead of everybody else that it’s almost impossible to root for anyone to realistically win beyond them, and fans have branded the recent Big Brother-inspired acting challenge the worst of the entire franchise. There was also some confusion on the panel in one episode where RuPaul was absent for unexplained reasons and Michelle Visage stepped in to host the show. Some have also derided the judges’ supposed favouritism of Jonbers Blonde, who is the only finalist in this series not to have won any challenges. Even the contestants themselves have said that Jonbers should have been up for elimination in one episode.

However, these small criticisms do not take away from the overall experience of the show. There is something special about Drag Race UK, with its runaway success having been credited with bringing BBC Three back on the air as a full channel. Queens clamour to be cast on the show, celebrities delight in making guest appearances, and fans like me will never get tired of watching. Drag Race UK soon crowns its fourth winner in the presence of previous victors The Vivienne, Lawrence Chaney and Krystal Versace. With its future assured in the form of a fifth series confirmed to be airing next year, you can’t help but think back to its fairly humble 2019 beginnings. All they had was RuPaul, ten queens and a dream. It’s become a reality.