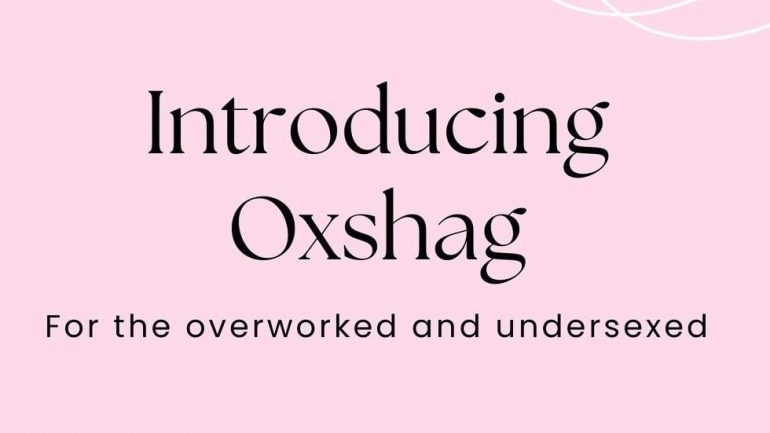 The university was "very concerned to learn of this website".

A new website called “OxShag” appeared on the internet yesterday evening, offering students at Oxford University a “casual shag”. The site, whose motto was “for the overworked and undersexed,” claimed to be a matchmaking service for Oxford students, but it quickly came under scrutiny for its handling of personal data and lack of transparency. It has since shut down.

Upon launching, OxShag’s website featured a list of every person who currently holds an Oxford University email address, including students, academics, administrators and more. The list was compiled using information that is publicly available through the “Searching University of Oxford” tool, but the University’s terms of use specifically forbade the storing of personal data derived from the website.

To access the names of potential matches, users were required to pay a fee of £3. This fee was later reduced to £1 after the site was temporarily taken down and revamped on the evening of 8th January 2023. In the updated version of the site, users are required to agree to sign-up terms and conditions in order to participate.

However, even with these changes, OxShag has faced criticism for its lack of transparency and potential violations of data protection laws. As of 9th January 2023, OxShag had not appeared on the ICO’s data protection public register, and there was no named data controller or privacy policy listed on the site, which was created on 13th December 2022. This means that it is currently unclear whether the company is in compliance with the UK’s General Data Protection Regulation (GDPR).

Article 14 of the GDPR gives individuals the right to be informed about the processing of their data before it is disclosed to another person or entity, and Article 17 grants them the “right to be forgotten,” or the ability to request the removal of their data.

OxShag neither has a privacy policy nor has provided a clear method for individuals to exercise these rights, and when a student requested to have their name removed from the site, they were referred to an FAQ page and given no indication that their name would actually be erased. This has led to concerns about the consent of OxShag’s users and the company’s compliance with data protection laws.

In the wake of the controversy surrounding OxShag, students and faculty at Oxford have expressed a range of reactions. Some have called for a boycott of the site and raised concerns about the potential for abuse and exploitation. One student said it was a “welfare concern” and a “huge data breach”. Others have defended OxShag as a harmless form of entertainment or a useful resource for finding romantic partners.

OxShag commented exclusively, “I didn’t look into the intricacies of GDPR law when making OxShag because all of the information I used was available on the Oxford Uni website. As soon as people raised concerns, I took it down and apologised.”

In a statement on their website, the creators explained their reason for shutting down:

“Whether or not you choose to believe me, I started this genuinely with the best of intentions. I thought that it would spice up the Oxford casual sex scene (which is underwhelming and/or hard for a lot of people). As a concept, OxShag isn’t dissimilar from something like Tinder, just a more effective way of matching compatible people together, leading to a more enjoyable experience for everyone.

“I will admit that I made some poor choices with the initial website, which were not as carefully considered as they could have been and may have been surprising for some. I apologised for this, and after receiving complaints I immediately reworked the website so that you had to opt-in for your name to be listed.

“But putting it in perspective, your name and college, if not publicly available on the Oxford Search website (which they are for the vast majority), can almost always be found somewhere on the internet. Like seriously, it’s your name and college?! The site was only up for a few hours and the data that was available was seriously unlikely to cause any harm. While this doesn’t excuse the fact that I fucked up, what happened was an innocent mistake that has been blown massively out of proportion.

“What could have been a fun event has been now ruined by the loud minority. Loosen up a bit, have a laugh, and take life a bit less seriously. I think those who are the most against OxShag are probably the most in need of it.

“At the beginning of next term, after a period of reflection (and some more resoundingly mediocre casual sex), I hope attitudes will have changed and I will poll the community to see if people would like me to give this another crack…”

When asked to comment on the number of sign ups so far, a creator of OxShag replied, “I won’t give an exact number but it has far exceeded my expectations.”

A University of Oxford spokesperson said: “The university was very concerned to learn of this website and is taking immediate action to minimise the risk to our students to our students and staff and rectify this misuse of personal data.”