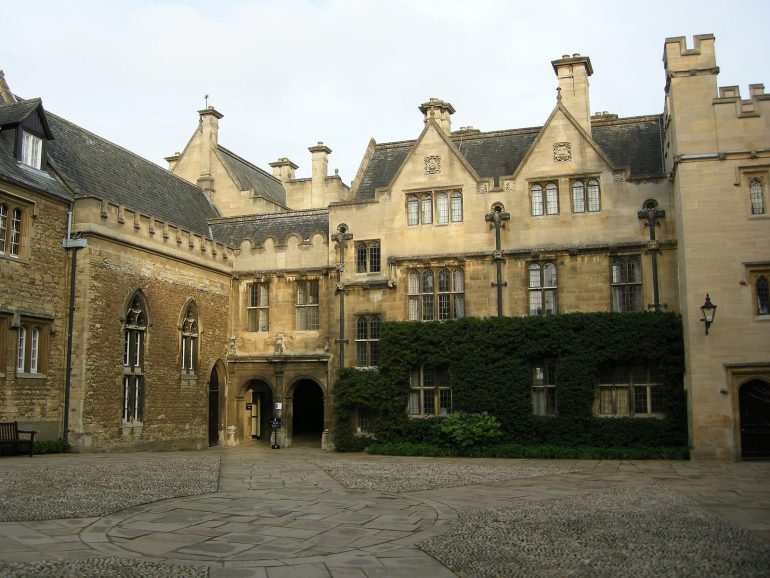 Merton College have announced their intention to name a guide dog puppy after raising £5,000 in donations.

The college is participating in the Guide Dogs Name a Puppy scheme, allowing donors to raise money to select a name for a puppy and support its guide dog training.

The donations were raised over 2021 and 2022 and a shortlist of three names was created by the students, all with specific relevance to the college. Once the puppy has been born, it will receive one of the three names and Merton students will be able to follow its progress to becoming a fully qualified guide dog through frequent updates and photos. The shortlisted names are Rosie, Walter, and Chestnut.

The initiative was led by Ella Caulfield, Merton’s Disabled Students Representative and a guide dog owner herself. Caulfield, a third year mathematics student, has previously volunteered with the charity, raising awareness by speaking to her local community about her experiences with her own guide dog Rio who accompanies her at university.

She is also a college ambassador, and nominated the Guide Dogs charity to Merton, explaining: “Fundraising for Guide Dogs is obviously very close to my heart, and I felt I was able to educate the college community a bit further about Guide Dogs through this.”

Caulfield described the “almost tangible result” naming a puppy has as a “small but lasting mark on Guide Dogs”, and added, “I would encourage other colleges and groups to do the same and honour their community and Guide Dogs with a special and meaningful name.”