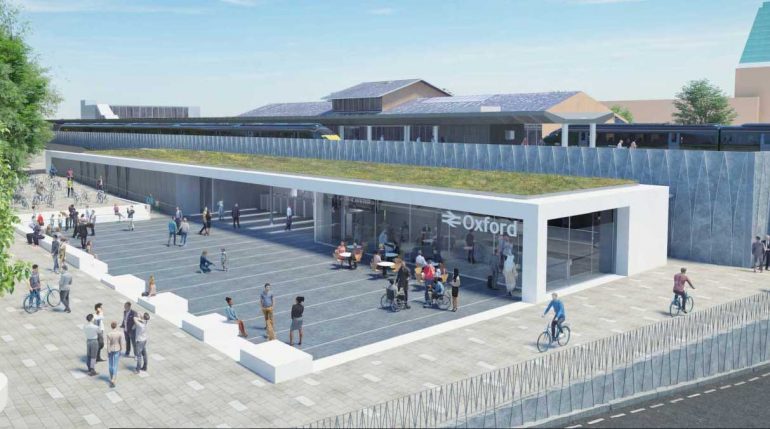 Network Rail have announced that they will no longer be able to start the planned redevelopment of Oxford station on time. Due to start on 9th January 2023, the work has now been delayed indefinitely, with a statement from Network Rail promising that “Further details will be confirmed in the coming weeks”.

The plans, known as ‘Oxford Corridor Phase 2’, have been made as part of wider plans to increase services on the East-West line in 2024. Currently Oxford station runs close to capacity and would not be able to accommodate the planned increase in services.

The proposed works include a new platform being built, along with new passenger facilities, in order to significantly increase the capacity of the station. A new station entrance on the west side of the station will also be built, with the hope that it will improve accessibility and the passenger experience.

In addition, major works are being planned for the Botley Road bridge, which will be replaced and upgraded. Four-metre-wide foot and cycle ways will be installed on either side of the bridge, and the new height clearance will allow standard double decker buses to pass underneath for the first time.

However, Network Rail and Oxfordshire County Council have agreed that Botley Road must be closed for the duration of the works, which may last for up to 12 months. The closure will have a significant impact on traffic, as well as key utilities that connect west and central Oxford.

The delay to the works will not affect the planned station closure. Still scheduled to be between 29th July and 6th August, Network Rail say that further information will be released in the coming months. Network Rail have said that the work must be “completed by the end of 2024 in time for the start of East West Rail services”.

Oxford City Council hope that the work will facilitate future plans to reopen the Cowley Branch Line for passenger use. Currently only used to transport finished cars from the BMW-Mini plant in Cowley, it is hoped that two new stations could be opened in south and east Oxford.

In December, Oxford City Council approved a £4.56 million package to conduct detailed design and feasibility works. It is hoped that this will lead to the development of a Full Business Case, which will be finished in 2024.

If a Full Business Case can be produced and funding secured, there is a target delivery date of December 2026. Councillor Louise Upton commented, “Reopening passenger services along the Cowley Branch Line would transform the lives of thousands of Oxford’s residents and workers, increasing the affordable options for sustainable travel into and around Oxford”.

Image Description: A mock-up of the new station design