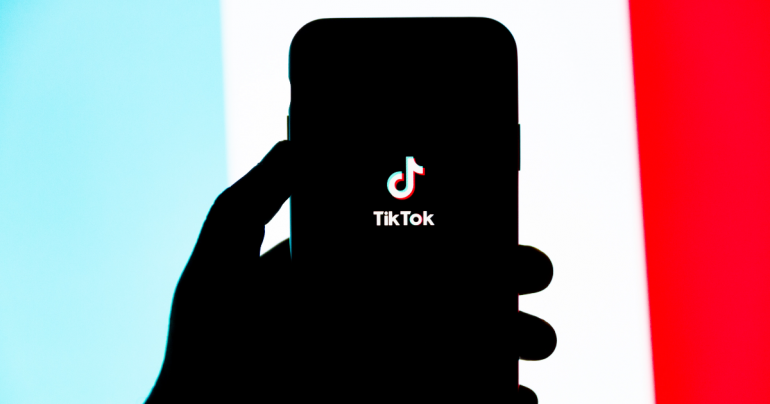 TikTok as therapy: The uptick of mental health on TikTok

Most portrayals of TikTok in the media deplore the countless hours young people seem to be wasting on the app. But many of us use TikTok not only as entertainment, but also as a helpful source of information on anything from book recommendations to recipes. Recently, it seems that people are even turning to the app for healthcare advice, with hashtags such as #mentalhealth racking up billions of views. This trend is not surprising – since the pandemic, we’ve seen a sharp jump in the number of people struggling with their mental health, and overwhelmed healthcare systems are currently not able to deal with the increased demand. A gap is therefore emerging between people suffering from a mental health condition and those able to access treatment, and online content is well placed to fill this gap.

But while TikToks can be very informative – some creators are mental health professionals – it seems that most are not. This means that although the content may be relatable to many, some of the information and how it is portrayed can be misleading.

A 2022 study analysing the top 100 most popular videos about ADHD on the platform found that only 21% were deemed to be useful. A quarter were based entirely on personal experience instead of diagnostic criteria, and most concerningly, over half of the TikToks contained medically inaccurate information. While studies have not been conducted on the accuracy of content for other conditions such as depression, the statistics are likely to be very similar.

Most concerningly, over half of the TikToks contained medically inaccurate information

While it’s great that people are engaging with mental health content and speaking honestly about their experiences on social media, the incorrect information can have negative effects. The people watching these TikToks may be led to believe that they, too, could have ADHD or other mental health conditions. It’s important to emphasise that this is not necessarily a bad thing – if people end up watching one of the useful videos, this could empower them to seek out medical help. But the odds are that they’ll end up consuming more inaccurate content, which may lead to self-diagnoses and unnecessary self-treatment or worries. Additionally, people may become so set on their self-diagnosis that it can become difficult to consider other possibilities and treatments, even if it’s a mental health professional suggesting them.

Further, these inaccurate representations of complex mental health conditions and an increase in self-diagnoses can warp the narrative around these conditions. For example, one TikTok suggests that if you’ve ever had nightmares and have a messy room, you might be suffering from complex PTSD. For survivors of PTSD, who may struggle with these issues, but often have far more severe symptoms that affect their whole lives, this can feel belittling, and such content can perpetuate stereotypes rather than counteract them. There are also concerns that such content could lead people to believe the condition portrayed can’t actually be that bad, since so many people experience these symptoms.

In the same way as people jokingly saying they’re “a bit autistic” when they don’t understand a joke, people casually throwing out “I’m just a bit bipolar” when they’re having an emotional day ignores the fact that people with these conditions experience disabilities and have to fight for accommodation and inclusion in everyday life. While we all have our own problems and struggles, people suffering from conditions such as autism deserve to shape their own narrative rather than letting others’ perception of it define them.

The fact that TikTok content doesn’t reflect the reality of complex medical problems has also been observed for other conditions, such as Tourette’s syndrome. Tourette’s is a neurological condition that causes involuntary movements or vocalisations known as tics, and is often the subject of social stigma rather than social awareness. Interestingly, the condition has a huge following on TikTok, with over 10 billion views. While it could be argued that TikTok is having a positive influence on the lives of those with tics by normalising their symptoms, it seems most of the popular clips are not actually produced by those affected by the disease. After careful analysis of TikToks displaying tics, researchers came to the conclusion that many of the tics of content creators are actually functional, or psychogenic, disorders, rather than the Tourette’s they claim to have. Functional disorders are not caused by brain pathology, but instead are thought to be related to the individual’s psychiatric state. Interestingly, almost 70% of the content creators interviewed admitted that they’d only developed their tics after watching TikToks featuring the same tic. This shows that consuming content on TikTok can result in people internalising the alleged symptoms of a condition so thoroughly that they end up displaying them themselves, leading to self-diagnosis and potential over-treatment.

Despite these negative aspects of the mental health trend on TikTok, there are some positives as well. People who have had their symptoms dismissed by health professionals or didn’t know their symptoms were part of a condition can easily access information that empowers them to seek treatment.

For example, ADHD is chronically underdiagnosed in women. Some have found that TikTok content created by women with ADHD shows them, for the first time, symptoms that resonate with their own experience. This content can then help them push for a formal assessment, diagnosis, and treatment.

But with so much inaccurate information floating around on the app, how can you tell the difference between helpful and potentially harmful content? Here are some tips: