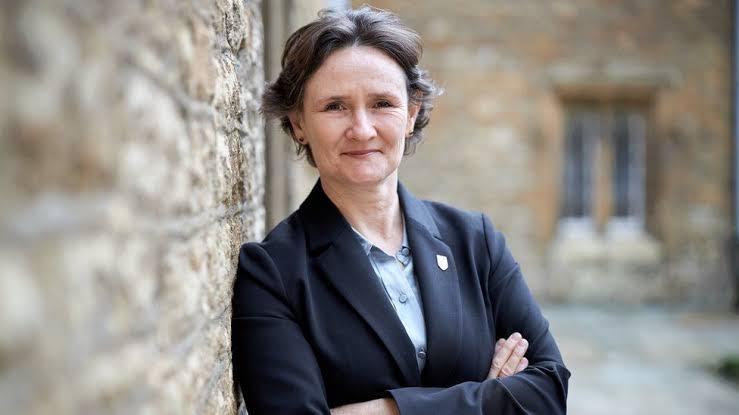 “I am a Defender of Free Speech”: In Conversation with Oxford’s First State Educated Vice Chancellor, Irene Tracey

The Oxford Student sat down with the new Vice Chancellor Professor Irene Tracey to talk about her appointment as the new Vice-Chancellor.

The Oxford Student sat down with the new Vice Chancellor Professor Irene Tracey to talk about her thoughts on the significance of her appointment, the state-private school debate, the culture war and free speech, relationship with politicians and the need to keep Oxford globally relevant.

In her own words, Prof. Irene Tracey’s unique background has informed her approach to her new role. The new Vice-Chancellor is the first Vice-Chancellor to be educated at a comprehensive school and only the second women to land this job. When talking about the significance of her appointment, Prof. Tracey recognised, in both scientific and leadership roles, visibility for women is empowering, not only for other women, but for men too – for men to support women in their careers.

Coming from a comprehensive school, the Vice-Chancellor added that her education has affirmed her commitment to bringing the best and brightest students to Oxford, irrespective of their backgrounds.

As our conversation came after the Vice-Chancellor’s comments in the Times where she refuted claims of a conspiracy against privately-educated pupils, our interview quickly turned to the topic of state and private schools. We asked whether she wants increasing competition for places in Oxford, and whether private pupils are becoming less competitive.

The Professor dismissed this, saying private pupils are not becoming less competitive, but there are simply more in the pool and more variety, adding that she knows how hard the University works to “make sure that we get the best [students] in, irrespective of background…We want any student from any background to come in and put the hat in the ring if they feel that this is for them.

“We are not setting quotas, it’s not what we’ve done.”

“I’m not going to be biased in any direction whatsoever”, referring to the state-private divide. “I just want Oxford as we know it, and our [meritocratic] message to be out there,” said the Vice-Chancellor, “so if a kid feels that this is the environment for them, where they can thrive educationally, they’re not put off by a misimpression or a misrepresentation of what we are.”

The disparity between students also remains an issue within the university, as colleges differ vastly in financial power. This means, for example, that a student at St. John’s might have a significantly different Oxford experience than a student from St. Hilda’s. Yet, the decentralised nature of the university meant that the central administration has limited avenues to achieve a more balanced playing field.

“We, as a university, have some central funds to help, [such as] hardship funds”, said the Vice-Chancellor, but providing a common infrastructural framework that can prevent repeating everything inefficiently so money can be released to do other things remains the key objective for her. 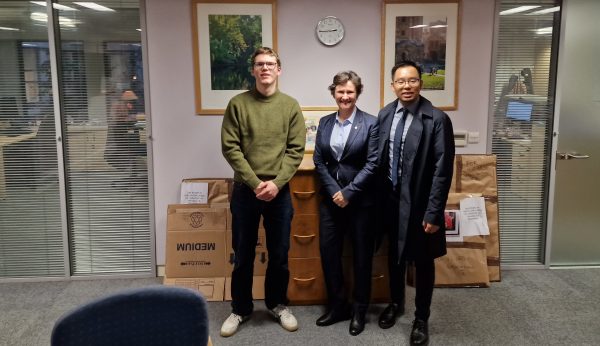 Our conversation moved on to the impact of wider social movements on Oxford. I asked the Vice-Chancellor to comment on whether Oxford has ‘gone woke’ and does she think the freedom of expression in the university is under attack, given the wider discourse in the so-called culture war on ‘wokeism’ in higher education institutions.

The Vice-Chancellor was quick to add that she ‘is a defender of freedom of speech’, as if wishing to dispel any concerns others may have about her stance when it comes to safeguarding liberal values. However, she did not comment on how ‘wokeism’ has manifested in Oxford, instead saying that the university is a place for students to express and challenge themselves, and where students can test “where their boundaries are in their thinking”.

The Vice-Chancellor emphasised that in the desire to defend free speech, “we also need to have equal speech”, meaning an equal presentation of voices. Perhaps, it is a telling sign of her awareness of the different interests she is representing and speaking to.

What does Oxford mean for the UK?

In our interview with the outgoing Louise Richardson, the former VC complained that politicians have not been appreciative of the contribution Oxford and other universities have provided to the UK. There is an air of frustration and resignation in that statement, disgruntled at how politicians have taken Oxford for granted. I asked whether the new Vice-Chancellor thinks politicians have been more difficult and hostile to top academic institutions. Prof. Tracey, however, seemed to strike a more positive note. Perhaps less bogged down by the job, the Vice-Chancellor expressed a desire to be at the table with the government and to champion British universities, which she refers to as ‘national treasures’.

To celebrate the fact that “we’ve got these amazing institutions in this country that do extraordinary things…we’ve got people talking more like [national treasures] about us.” In what she sees as her role with regards to British policies, “What I hope we can do is have a communication with whoever’s in government about how we can help take Britain forward and shape it.”

In successfully building a green future for higher education institutions in the UK, ensuring that funding for the university comes ethnically plays a big part. On this point, the Vice-Chancellor raised two big issues – one on how Oxford does philanthropy and making sure the processes are fit for purpose; the other on divestment from fossil fuel use, which she admitted “we are not going to wean off tomorrow.” On the latter point, “the colleges are all making their own decisions”, but there should be engagement with fossil fuel companies in terms of the pragmatic solutions that we need to come up with now to deal with the CO2 problem.

Of course, Oxford is a global institution in many ways. However, UK universities are facing stiff competition from US counterparts in attracting global talent. That is increasingly so for European students post-Brexit, as costs to study here have increased for them.

On this issue, Prof. Tracey said, “We are an international global institution, but you can be global and you can act local. At an undergraduate level, we’re predominantly UK, 70% [home] and 30% international. And for graduates this flips.” In her eyes, this is a good thing.

“My [own] experience here as an undergraduate was so interestingly different to my graduate experience, and I really liked the fact that it was almost like being in two different universities to a certain extent.” Oxford plays a dual role, she added, “we are a state university, so we are teaching British kids…[but on the graduate level], you want the best of the best globally and you want to be attractive to them.” Yet, the Vice-Chancellor also recognised more needs to be done.

“If we are going to remain competitive with our American counterparts, we’ve got to be able to offer graduate scholarships for every graduate that gets a place here, [because that is what they do].”

Our interview continued with a question about the repatriation of artifacts from Oxford museums and what role she wants to play in this debate. The professor seemed unsure of what the Vice-Chancellor can do yet. Nevertheless, she spoke of herself as a consultative and collaborative person, saying “I’m quite good at getting people with very different opinions around the table and reaching common ground and new solutions.”

“I’m still walking a path to know where my jurisdiction lies [and] to overstep it, but if [these issues] are under the university’s remit of control, my expectation is I will be very involved.” 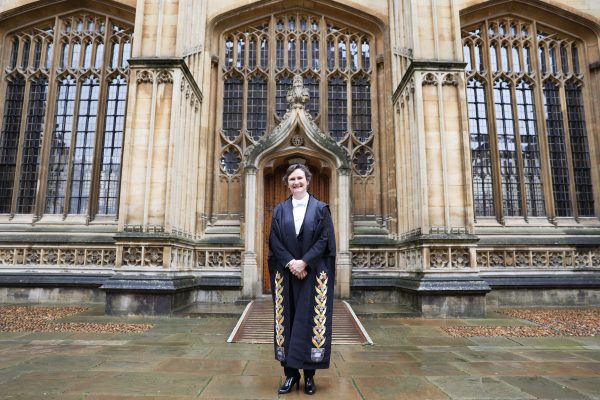 The Vice-Chancellor ended our interview by laying out her biggest priorities in her term.

“I want teaching to be as visible as as the research. We know we deliver excellence in teaching. It’s about what that means and what the impact of that is.”

There are big research questions to be tackled and dealt with, and uncomfortable decisions to be made when it comes to issues like climate change. The Vice-Chancellor acknowledged this, and is relatively candid about what that entails. “I think we can actually make a real big shift and it will be bold…but [this will] require the students to engage with us.”

However, her biggest wish, is to make sure in at the end of her tenure in seven year’s time, Oxford is still the most attractive place for the best students, staff and faculty to come, where they can “operate in a place [with] a good quality of working and personal life.”

Ultimately, the focus in on the people. Making the changes needed to ensure people thrive is a daunting task, but perhaps, quipped the professor, “seven years is just about enough time.”