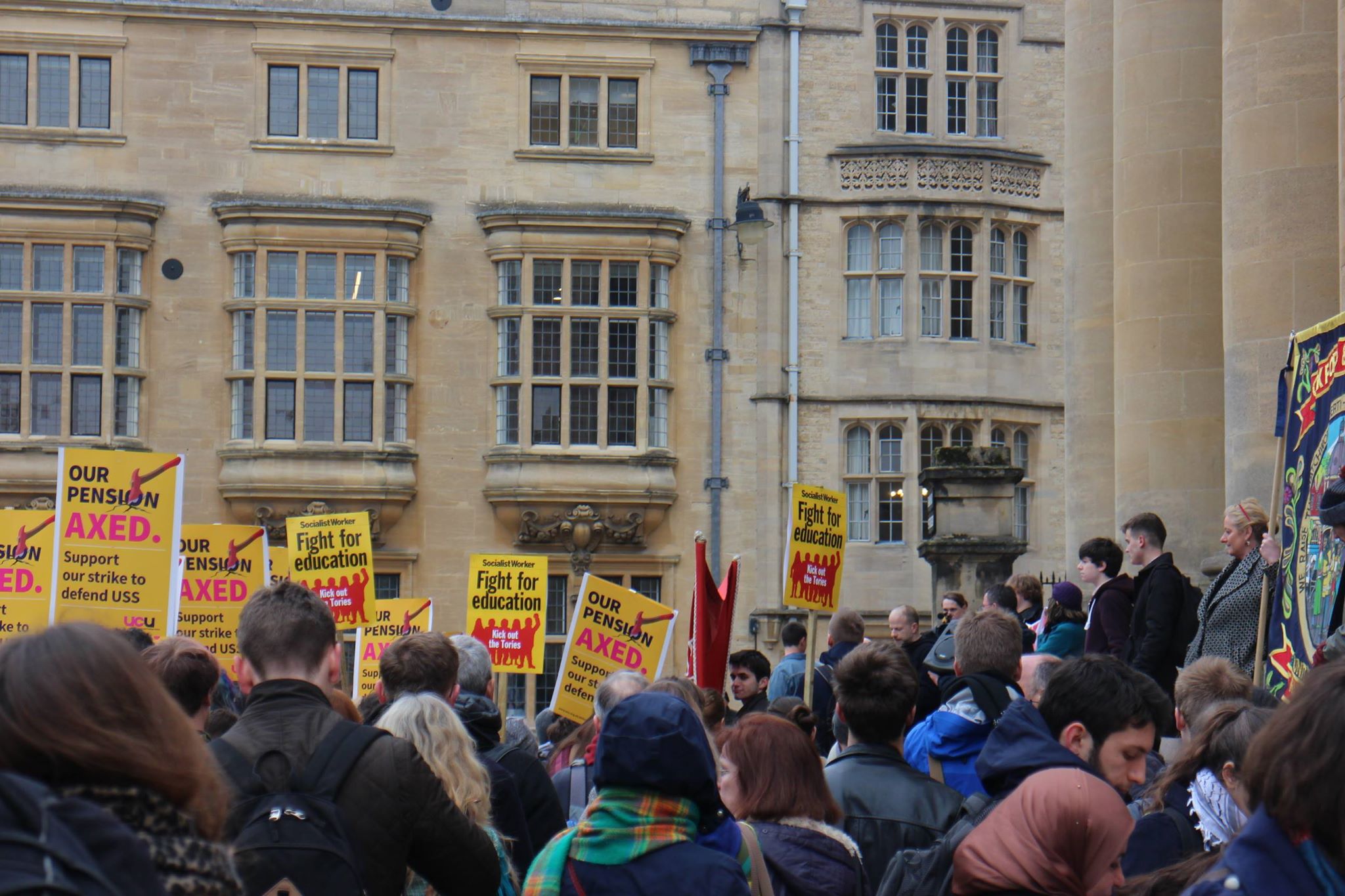 Strike action to affect nearly half of teaching days

After the announcement on Thursday by UCU that a further round of strikes will hit universities across the country in February and March, Oxford UCU have threatened to join the action, which may affect nearly half of Hilary term’s teaching days. The dispute, on-going since last Autumn, revolves around pay, conditions and what UCU describe as “attacks on pensions”.

The strikes will be held for 18 days across March and February, and thus may affect up to 45% of the 40 teaching days in Hilary. However, it is unclear just how much the strike action will actually affect individual students. In the last round of strikes in Michaelmas, some students found themselves without teaching, while others were barely affected at all. Only around 11% of eligible Oxford staff are members

The Universities and Colleges Employers Association (UCEA), which represents university employers, made UCU a pay offer worth between 4% and 5%. Yet Oxford UCU have hit back saying they’re disappointed in the offer as it is 9% below current RPI.

Oxford UCU have also accused UCEA of failing to work on issues including “employers’ continued lack of engagement on equality, workloads, and their exploitation of precarious employment practices.”

UCU staff will be re-balloted at all 150 universities that it represents in order to seek a mandate for action “well into 2023”. UCU have also said they will institute a marking and assessment boycott from April, shortly before exam season begins at many universities.

Oxford UCU’s membership has increased by 15% since the start of the UCU Rising dispute. While the balloting is run centrally and thus disaggregate data is not available, Oxford UCU’s internal polling suggests that they would have comfortably beaten the ballot thresholds imposed by the Trade Union Act (2016) if the data were disaggregated.

Oxford UCU’s Vice-President, David Chivall, commented “Not one of our members wants to take industrial action but until employers engage constructively, we have no other choice.”