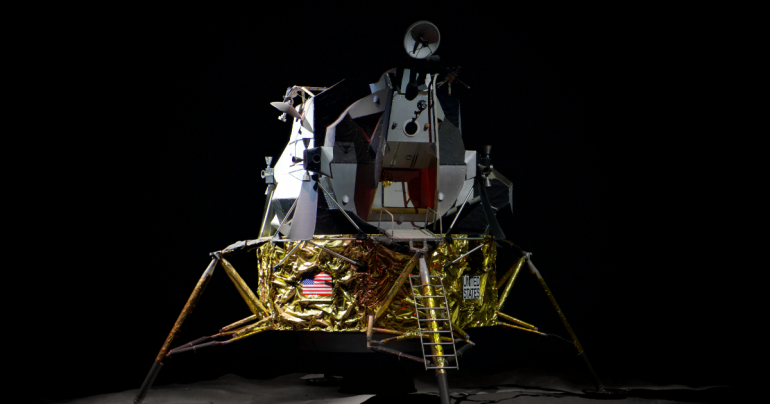 Another small step for man: Are the aims behind NASA’s plans to send astronauts back to the moon purely scientific?

December 2022 marked 50 years since Eugene Cernan, the last man to leave the moon, returned to Earth and NASA’s famous Apollo missions were brought to an end. Fuelled by cold war politics and a strong NASA budget, Apollo 11 successfully landed the first man on the moon in 1969. By 2025, NASA’s Artemis missions will hopefully have sent the next man, the first woman and the first person of colour to the moon.

There is, however, much controversy surrounding the motivations for the Artemis programme. As a government-funded body, NASA’s exploration is guided heavily by the interest of presidential administrations. The question has been raised: is the Artemis mission being financed due to scientific and technological interest, or is the motivation behind it political gain?

The Artemis programme, named after the twin sister of Apollo in Greek mythology, aims to explore more of the moon than ever before. Sending a crewed mission around the moon in May 2024 will be the start of what NASA describes as ‘establishing the first long term presence on the moon’. This first mission will be followed by a manned landing in 2025. The programme will eventually lead to a ‘gateway’ permanently in orbit around the moon where astronauts can live and work. This gateway will also serve as a docking station for transfers to the moon’s basecamp on the lunar South Pole and act as a deep space outpost.

Establishing the technology for major space exploration projects takes many years, much longer than a presidential term, and Congress have recently been less willing to invest in things that will reap benefits when they themselves are no longer around. John F. Kennedy famously brought around the Apollo mission after a speech in 1962 in which he promised that Americans would set foot on the moon before the end of the decade. Motivation behind this speech was largely geopolitical, as the USA were falling behind the USSR in the space race after Yuri Gagarin became the first man in space just a year earlier. Then, when the Apollo missions were cancelled in 1970, Nixon decided to take NASA in another direction and focus in on low earth orbit, launching the space shuttle programme and the Sky Lab space station. Humans have not ventured back into deep space since. In 1989 George Bush tried once again to get humans to the moon, but a lack of political motivation resulted in a lack of funding, and it was not until 2017 when Trump, with his heart set on eventually getting to Mars, finally made getting the next human on the moon look like it may actually happen.

So, the question is asked: why do we now want to go back to the moon? The official answers given on NASA’s website discuss improving technology, broadening commercial and international partnerships and inspiring a new generation of careers in STEM. Artemis is advertised as a steppingstone to Mars, where new technologies will be established and tested for eventual human habitation in deep space. International cooperation in space will be established, starting with the Artemis Accords, which have been signed by more than 10 countries and echo the 1967 Outer Space Treaty promoting peaceful exploration and use of space. But it is pretty safe to say that scientific improvements and international cooperation are not the driving forces behind the funding.

Sending man back to the moon will help to establish a lunar economy. A recent study by PwC estimates that this economy could have a value of up to $170 billion (£144 billion) by 2024. Companies such as SpaceX and Virgin Galactic have brought a commercial interest into space exploration, bringing it back into the public eye as well as providing funding and initiatives to space travel that are separate from any political motivations. Private companies like these may enable new leaps in space exploration. Collaboration between NASA and SpaceX on the Artemis programme landing pods, which will take astronauts from the orbiting gateway to the moon’s surface, signifies cooperation between government and private sectors which sets the scene well for the future.

While motivations of scientific and economic opportunity are a nice way to sell the programme to the public, national prestige, geopolitical power and China’s looming presence in space may be the actual motivation behind the funding. China have just finished building the main phase of their first space station and Russia have signalled keen interest in working with them to establish a moon-based research station in the 2030s. Despite the US public expressing interest in low earth orbit programmes for the purposes of climate monitoring and asteroid studies instead of deep space exploration, this competition between the USA and China could be setting the stage for a revival of the space race and could be the reason that NASA are once again planning to put man on the moon.