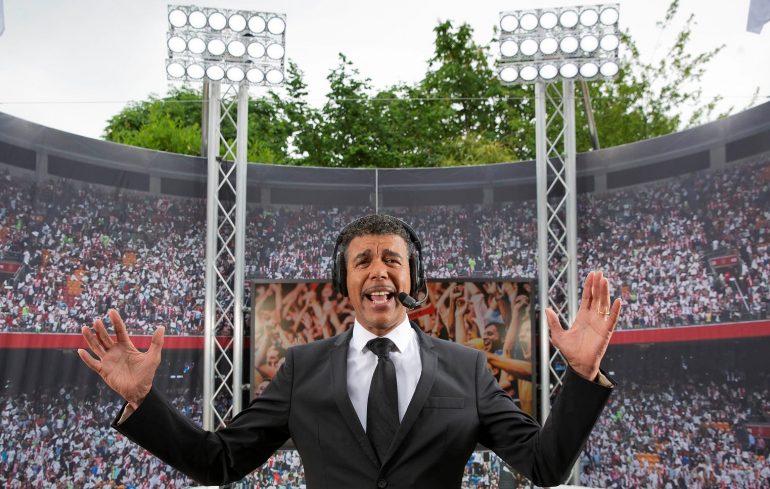 There are many sporting photos so iconic that you can instinctively hear the event that caused them – Chris Kamara sitting in Fratton Park with a headset on is a fine example of this. At the Oxford Union in 2019, and on countless other occasions, “Kammy” explained the distractions that led to his famous “I don’t know Jeff” blunder – yet the moment from 2010 remains a piece of sporting television greatness. Kamara’s reputation for a naturally comic spin on live match reporting has boosted his status from his playing career, which spanned an impressive 20 years, as he chalked up over 600 appearances as an imposing defensive midfielder in various tiers of English football. However, 2023’s New Year’s Honours list provides a reminder that Kamara is much more than a pundit.

In 1997, midway through his brief stint as a manager, Kamara became a patron for Show Racism the Red Card – an anti-racism educational charity, which provides vital talks and training. During his time with the campaign, Kamara has described facing abuse from his own fans. Alongside this, Kamara is a dedicated supporter of Marie Curie, with his 2011 ascent to the summit of Mount Kilimanjaro alongside “Team Kammy” bringing in over £150,000 in donations to the terminal illness care charity.

This lasting commitment to charitable acts, as well as his services to football, earned Kamara an MBE in King Charles’ New Year’s Honours list. This award is among a host of others awarded to sportspeople this year, including Leah Williamson, Lucy Bronze, Beth Mead and Ellen White following the Lionesses’ success in the European Championships.

This achievement has come during a difficult period for Kamara, as he revealed his diagnosis with apraxia of speech (AOS) during March of 2022. AOS is a disorder that makes the planned movements required to speak more difficult, resulting in distorted speech. Kamara has provided moving descriptions of the complication and how it has impacted his life. Speaking on Steven Bartlett’s “Diary of a CEO” podcast, Kamara explained that battling this condition during a career of television has made him feel like a “fraud”. His recent documentary titled “Lost for Words” brings AOS to light, another example of Kamara using his remarkable openness to educate.

Looking back on Kamara’s viral moment in 2010, it feels fitting that the debated red card serves as a reminder of the campaign that he has avidly supported for over 25 years. The past year has shown Kamara’s devotion to remain an inspiration, no matter the circumstances.