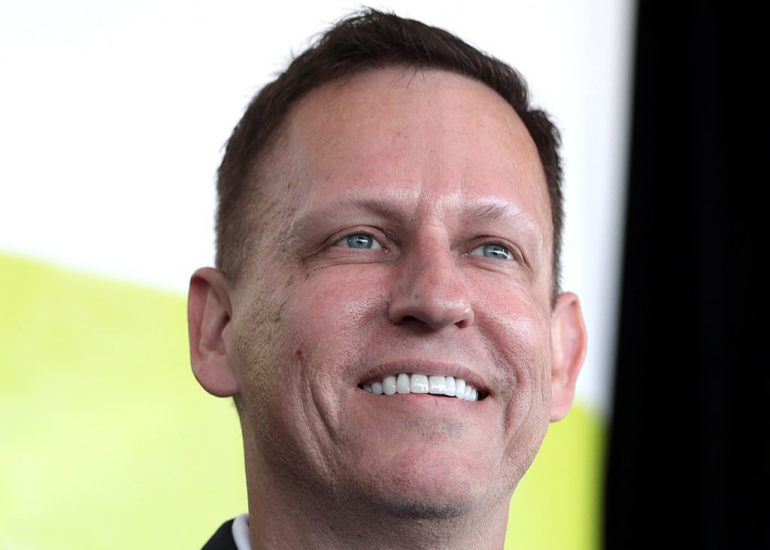 The controversial investor gave his thoughts on Greta Thunberg, culture wars, and the future of humanity

American venture capitalist and entrepreneur Peter Thiel addressed a packed-out Oxford Union chamber on Monday night. The appearance of the billionaire, who was the first outside investor of Facebook and one of the largest individual donors in US politics, marked the beginning of the Union’s bicentenary year and was the first of many significant speakers planned for this term.

The Union President, Charlie Mackintosh, opened the Union’s first main event of its bicentenary year. Mackintosh welcomed the audience and spoke to mark the beginning of the Union’s big anniversary, reminding members of many of the big debates and speakers coming up in the term ahead. He then exclaimed, “it brings me great pleasure to introduce Peter Thiel.”

Thiel opened his address to the Union chamber with a remark about how University is the best encapsulation of diversity.  Thiel discussed his student experience at Stanford University and how he first became exposed to culture wars. He talked of how it made him more “conscious” of the issues debated in mainstream politics and how marginal social issues were “stopping” important economic debates from taking place.

Thiel went on to talk about the dangers of cultural issues and culture wars leaking into scientific debates where the end results have far greater ramifications. He spoke of his belief that science and technology haven’t advanced as quickly as they should: “Cancer specialists have been talking about curing cancer for the last 50 years”; “String theorists have talked about proving their theories for the last 50 years”; “Science advancement has paused drastically”.

Peter Thiel spoke of an “odd” situation that has occurred in the US and UK where the next generation have far worse economic prospects than their parents.  “The centre-left establishment believe science and technology are too dangerous and [that] we should be happy it’s not progressing. ”

Characteristic of Thiel’s controversial comments, when discussing the Coronavirus pandemic Thiel repeatedly referred to the “Wuhan Lab” that “no one talks about anymore” – seemingly giving weight to the idea that Covid-19 leaked from a Chinese Military lab In Wuhan. He also referred to Greta Thunberg, the Swedish climate activist, as part of the “autistic children’s brigade”.

A Q&A session began with the President of the Union asking Peter Thiel several questions.

Mackintosh asked, “is technological development giving ground to authoritarian companies, rather than handing over power to authoritarian states?” Thiel replied, “The big state is more of a problem than big tech companies and sometimes the state uses big tech as a vehicle for its power. There are problems of concentration, but I keep coming back to it but it’s the problem of stagnation.”

Mackintosh asked, “An argument in favour of rejection of technologies is that evidence shows people’s personal satisfaction hasn’t increased in the last 60 years, why has technology not increased people’s satisfaction?” Thiel replied, “There hasn’t been enough progress specifically to improve GDP per capita and take our civilization to the next level. We shouldn’t embrace this stagnation but reject it. The Luddites are wrong about several things”.

Mackintosh asked, “Do you think free speech is under threat at Universities?” Thiel replied, “I believe it’s under a great deal of threat and pressure. These very ridiculous restrictions on free speech are distracting us from the fact people don’t have very much to say.”

After answering a few questions from the floor, Mr. Thiel left the chamber to loud applause.