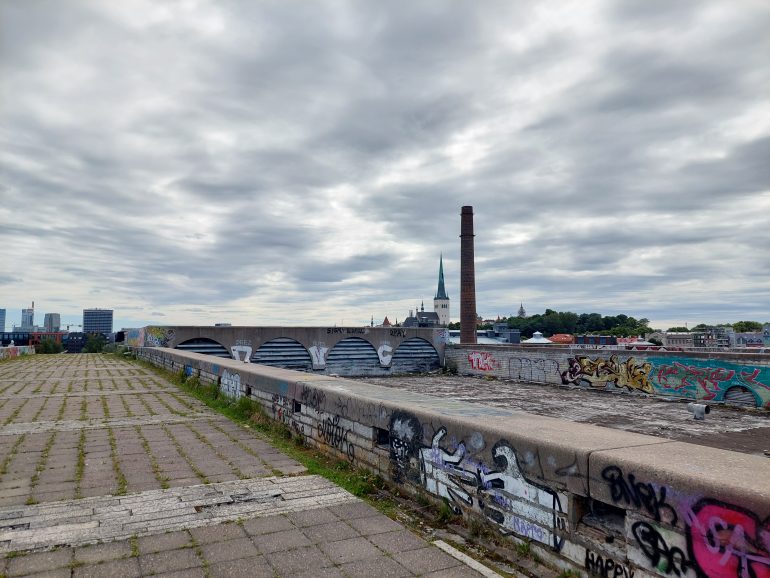 Last summer I spent two months backpacking Eastern Europe, from the Baltic to the Adriatic, and thought it was a pretty interesting time. So I decided to write a column about it. Apologies about the title, I couldn’t think of anything better. As a housemate of mine puts it: “Alliteration’s always a bit naff though”. Sorry Tom.

I flew to Tallinn with big dreams and a vague plan. I bumped a tram into town to get to my hostel, not because I love civil disobedience, but because I couldn’t work out how to buy a ticket. The hostel was sponsored by Somersby Cider, which was weird above anything else, especially since they didn’t have it in stock. I settled into my barren 14-bed room for a post-flight chillout that was soon to be ruptured by a 70 year old French woman with deafening sleep apnoea. Sick one.

Over the next 72 hours or so I explored the city during the day and got accosted by drunk Finns in bad karaoke bars at night. Both activities aided my understanding of the city as a whole, perhaps in equal measure. Tallinn is by no means a large city, but there’s a lot to do. It’s a city still transitioning from its recent Communist past, and forging for itself a unique cultural identity. There’s a thriving modern art scene and an abundance of tech start-ups, and it also holds the enviable position of being Helsinki’s liquor store. Simply put: flourishing.

The site that sits most poignantly in my memory in Tallinn is not some grand old church or hip gallery, but rather a derelict concrete behemoth on the shore of the Baltic Sea. This is the Tallinna Linnahall (Tallinn City Hall), constructed around 1980 to give the Moscow Olympics sailing event (held in Tallin because unlike Moscow, there is sea there) some brutalist eye candy on dry land. Back then of course it was Lenin’s Palace of Culture and Sport. Now it’s falling apart.

The structure itself is massive, at least two hundred metres long and one hundred wide in places. It’s set up sort of like a pyramid, a flattened, Escher-like Chichen Itza. There are multiple levels, wings and a heliport at the back. It’s hard to put into words really, so I’ll tell you to just look at the photos.

Naturally, I was thrilled by this weird and wonderful building: the staircases, angles, elegant brutalism of it all undermined by its gradual decay. I explored and assiduously (read: badly) photographed every bit of the structure that wasn’t fenced off. The badman in me then led me to sneak beyond the fences via a long-stay carpark. It was essentially the same as the other side, due to the building being very symmetrical. Still felt intrepid.

I wasn’t so carefree, though, as to penetrate into the inner depths of the Linnahall, down the dodgy staircase, worried about what may lie in the dark, dank former shopping centre and amphitheatre. According to Wikipedia, Lou Reed, Celine Dion, ELO and even Duran Duran performed there before its closure in 2010. I later met a man in Tartu who had gone where I had not dared go, albeit on a guided tour. He said it was “an ethereal experience”, which I doubt.

The whole place had a feeling of being discarded, what once had been a thriving social hub has now been firmly rejected by its city. Standing at the top of the pyramid you can look over to the Old Town, with its grand spires, one scaffolded for preservation. In the other direction, the new business district of Tallinn, clean, glassy buildings and a palpable superiority complex. Meanwhile, the largest symbol of Estonia’s Communist history is loved only by seagulls. And edgy tourists.

Other relics of Communism have not undergone such a depressing glow-down, instead being appropriated by Tallinn’s new, trendy cultural scene. Just over the road from the Linnahall is the Museum of Contemporary Art, housed partially in an old factory chimney. The exhibition was very strange, consisting only of peculiar, unsettling or outright ridiculous short video. Elsewhere, Telliskivi can be seen as Tallinn’s Shoreditch, a former industrial centre turned hipster paradise. More odd modern art, craft breweries and jumped-up barber’s find their home in Soviet-era warehouses, huge murals cover any available wall, it’s quite a lovely place to be.

Tallinn is certainly a fun place to visit, but also a deeply intriguing one. The city is going in a bold and distinct direction, reclaiming and asserting its independence out of the ashes of the USSR. Forgive the cliché. As the starting point for a trip going solely through formerly Soviet bloc countries, Tallinn also provided a benchmark for what a successful transition out of communism looks like, a triumph over the mire of the past.