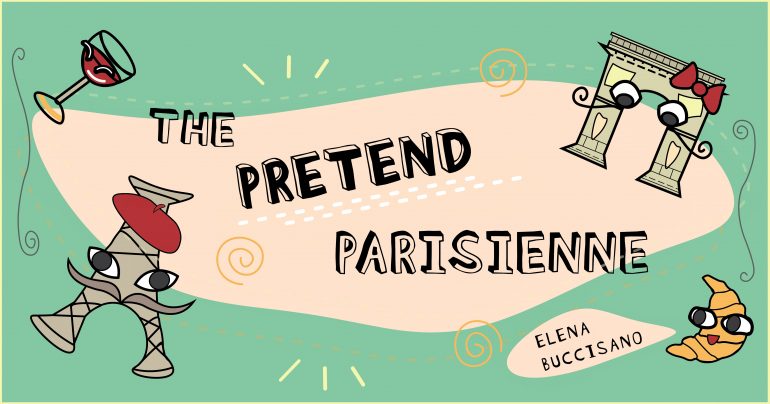 On the train back to Paris after Christmas, I had a weird feeling of déjà vu as I sat there, recalling the first time I got on that Eurostar back in September 2022, making the big move to Paris for the first part of my Year Abroad. That train journey was mainly marked by my inability to stop crying and I spent the journey blubbering away making the finance bro sitting next to me quite uncomfortable. Thankfully, this time I felt more like a seasoned Parisienne coming back to a city that felt more like my own. That was until I got off the train, walked down the stairs to the metro with my massive suitcase and remembered the horrors of the Parisian metro during rush hour. Let’s just say, it was an unpleasant journey back to my studio – the highlight must have been when an angry French man side-eyed my suitcase and muttered to his friend ‘c’est comme être dans un aéroport,’ (it’s like being in an airport). Ah how I had missed the Parisian charm.

For the next two months I am doing an internship at a translation agency, my first proper office job and quite the change in lifestyle from the semester of university I did from September to December. That semester of study was more a semester of ‘getting to know Paris’, that is exploring its fine drinking establishments which I justified as a means to cement friendships and really ‘integrate’ into the city. But this year, I came back to Paris with a stern warning from my mother, to really learn French and not get fired from my internship. No promises…

After taking a break from Paris for about three weeks over Christmas and retreating back into my family home, I experienced a weird amount of pleasure doing some really mundane things. For instance, the euphoria I felt when going into my local coffee shop in my hometown and ordering an oat latte without the barista staring blankly back at me, not having understood. I realised that this feeling was simply the joy of the ease of communicating in my mother tongue. Although my French isn’t disastrous, I hadn’t realised the extent of the mental effort it was taking to formulate sentences that I hoped were correct, and the slight underlying anxiety present during any social interaction I had in French. Another French custom I picked up and had to let go during my time at home are the endless Bonjours and Bonne journées, which you have to dish out whenever you enter or leave basically anywhere. Even leaving a shop where you buy nothing you are expected to turn your head and shout out ‘Bonne journée’, an act which is much less common across the channel (at least where I live). Going back home was definitely refreshing and I came back ready to give coming across as real Parisienne another go.

After finally making it off the metro alive and dumping my bags in my studio, I set off to buy some food and on the way I was stopped by a man asking for directions to the nearest Carrefour, a French supermarket and national institution. I was confident. I knew exactly where it was in relation to us. And all I could muster was some gestures in the vague direction of the Carrefour accompanied with the words: ‘C’est là, et à droit’ (it’s there and to the right). I had completely forgotten the words for ‘end of the road’ and ‘cross the road’. Let’s just say it was not a very successful interaction, and it ended with the man telling me to ‘not be shy’ (?). Key Year Abroad Takeaways: you’ll never be a native, the Parisians will sniff you out from a mile away so you might as well just give speaking French your best shot. Learn to be ok with small daily embarrassment; those moments are character building (I hope). Here’s hoping I start practising what I preach.