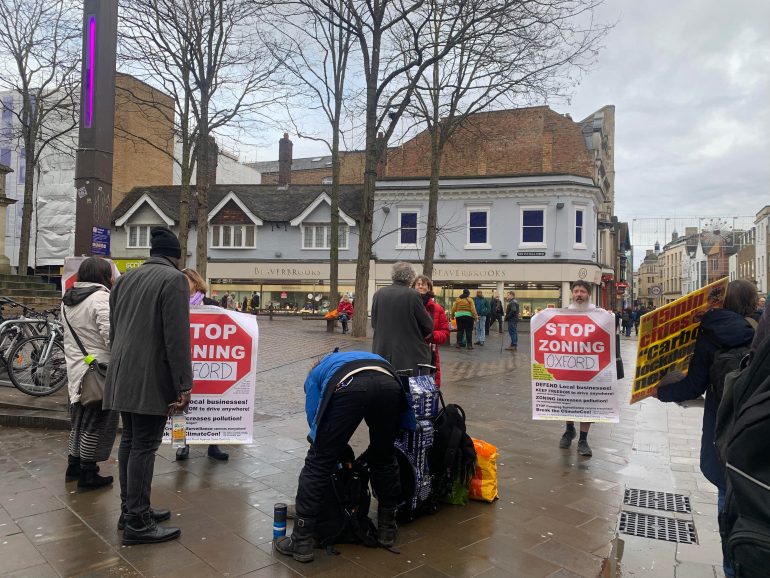 15 minute city zones that have been proposed by Oxford City Council as part of the Local Plan 2040 have garnered significant controversy. The plan, which will see traffic filters installed on six roads as part of a £6.5m trial, is set to commence in 2024. Under these new filters, residents will be able to drive freely around their own neighbourhoods but will be fined up to £70 for driving into other neighbourhoods through the filters. The plan’s aim is to create neighbourhoods in Oxford where ‘essential’ facilities are accessible by a walking distance of up to 15 minutes. These facilities were determined by a 2022 civilian consultation of over 5,000 stakeholders.

Such facilities in a prospective 15 minute city include shops selling food and other essentials, parks and green spaces, postal services, health services including a GP and pharmacy, social and hospitality outlets like coffee shops, and banking services. The Local Plan 2040 also aims to address issues relating to disparities in service provision, with the council stating that they want to ensure that ‘areas of the city such as Barton, Blackbird Leys and Rose Hill have all the essential services that areas such as East Oxford and Jericho already have’.

The City Council has asserted that the plan’s intent is not to coerce residents into staying in one neighbourhood, but to address ‘awful’ congestion in the city centre which it argues is making public transport in Oxford ‘unviable’. The traffic filters will not take the form of physical barricades; instead, new traffic cameras which can read number plates will be installed. These were first introduced in 2015 as part of the Oxford Transport Strategy, with Magdalen Street being covered by one. Filters will operate on St Cross Road, Thames Street, Hythe Bridge Street and St Clements from 7am to 7pm, with more on Marston Ferry Road and Hollow Way operating from Monday to Saturday.

These assurances have not stopped the plan from being criticised by a plethora of stakeholders and political commentators. Online media personality Jordan Peterson has criticised ‘idiot tyrannical bureaucrats’ who ‘decide by fiat where you’re “allowed” to drive’ and labelled the filters ‘part of a well-documented plan’, while far-right commentator Katie Hopkins labelled the plans ‘coercive’, drawing parallels with tyranny that she perceived in COVID lockdown laws.

Peterson’s labelling of the 15-minute city zones as part of a ‘well-documented plan’ has been linked to debunked conspiracy theories regarding a ‘great reset’, which claim that elites and groups like the World Economic Forum, which convened in Davos, Switzerland from January the 16th to the 20th, aim to take away basic rights from citizens in the new post-COVID world. Some residents have also critiqued the plan, with 3,400 signing a petition against new filters for Marston Ferry Road and Hollow Way. Another 1,700 people have signed a petition asking the Council to reconsider, over fears Botley Road in the west of Oxford will be inundated with traffic. A protest was also organised by Not Our Future, a right-wing populist pressure group, which has labelled leading politicians as part of a ‘Blob’ that has conspired to deprive political power from ‘the people’. Over 250 volunteers were confirmed.

However, it is important to note that travel to other areas of Oxford will be permitted by alternative routes, such as the ring road surrounding the city, at any time. Residents will also be able to apply for permits to drive through filters and into other neighbourhoods for up to 100 days a year, while Oxfordshire residents will be able to secure permits for up to 25 days a year. Free travel through filters will be allowed by bus, bike, taxi, scooter, and walking. Exemptions will also be provided for carers, blue badge holders, business, and emergency services. This element of the plan is indicative of its aims to incentivise sustainable private and public transport, with Oxfordshire County Council wanting to make such modes of transport ‘the natural first choice’.

The City Council has received death threats and online abuse as a result of the inaccurate claims regarding the proposal. Duncan Enright, Oxfordshire County Councillor and cabinet member for travel and development strategy, told the BBC he felt ‘bruised’ and ‘cautious’ due to the threats he had received.